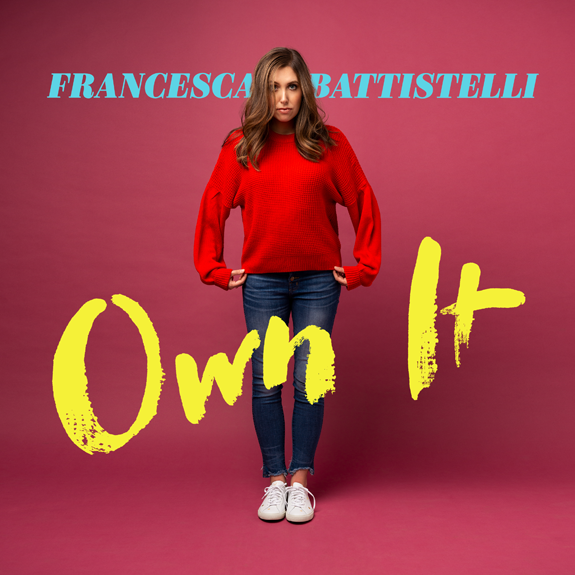 Francesca Battistelli, "Own It"

Francesca Battistelli's long-awaited LP, 'Own It,' out now

Fri, Oct 26th 2018 04:00 pm
"Own It," the latest release from multi-award winning Curb | Word Entertainment artist Francesca Battistelli, is available now.
With critics already touting the album as "exceptional" and "engaging," Battistelli's long-awaited fourth studio album has been in the making for two-and-a-half years. "Own It" is the follow-up to her Grammy-nominated album "If We're Honest," which features the Grammy-winning song, "Holy Spirit."
Battistelli, who was named Artist on the Rise from YouTube Music, co-wrote nine of the 10 songs found on "Own It" with such songwriters as Matt Maher, Bart Millard of MercyMe, David Garcia, Mia Fieldes, Jeff Pardo, Molly Reed, Ellie Holcomb, Seth Mosley and Josh Bronleewe. The video to the album's first single, "The Breakup Song," exclusively debuted on Apple Music. Her latest music video, for the song "This Could Change Everything," just released and can be viewed below.
Battistelli has been sharing many of her new songs and many of her previous hits and fan favorites headlining her very own "The Breakup Tour" throughout this fall. Wrapping up this weekend in Lexington, South Carolina, big news about her upcoming tour plans will be announced in the coming weeks.