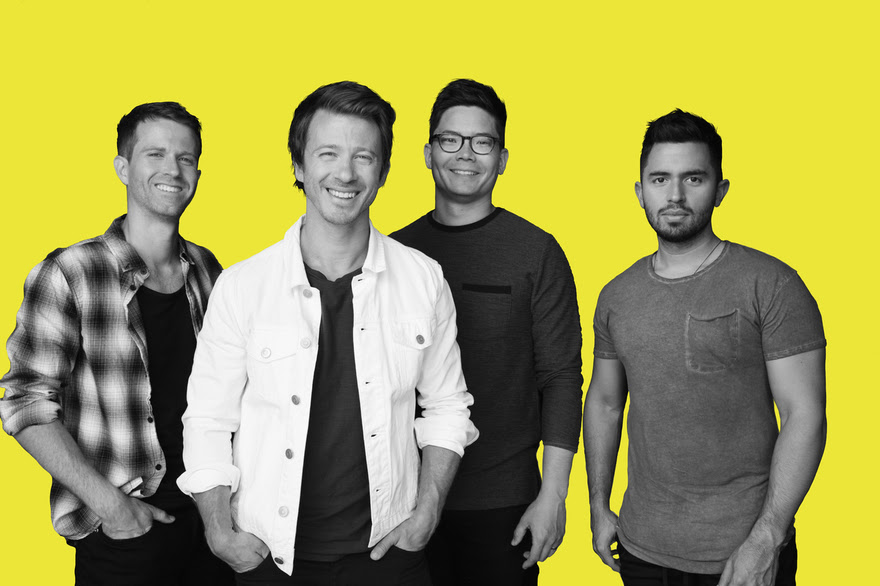 Fri, Oct 19th 2018 06:50 pm
Topical EP touches on bold subjects to spark conversation
Tenth Avenue North takes a bold step in releasing a topical EP that touches on controversial subjects in a move to encourage others to find the courage to speak up about things they have been afraid to say. The EP, "The Things We've Been Afraid To Say," is available at all digital outlets today.
The band created special teaching videos for each song where frontman Mike Donehey explains the idea behind the song and insight on each topic. Topics on the album range from pornography to political outrage to sexual abuse among others. The teaching video series can be viewed HERE.
"Over the years, we as a band have dabbled in songs of lament, but we have avoided truly going in that direction until now," Donehey said. "This new EP is a collection of songs of lament. Songs that are topics saying we don't have it all figured out, and we aren't sure where to go sometimes. The topics covered on the album include being attracted to someone that is not your spouse, casual sex, pornography, political outrage, hatred, shame, secrets, fear and sexual abuse. This is by no means a comprehensive list, but songs that came out of our writing sessions over the last few years. We as a band finally have the courage to put them all into one place on this EP. Hopefully the fans will find the courage to speak about the things he or she has been afraid to say."
Tenth Avenue North is currently on tour with MercyMe through November. In December, they will return with their special holiday tour, "Decade the Halls," that highlights their 2017 Christmas album that was praised by the New York Times. For the complete list of tour dates for the remainder of 2018, click here.
About Tenth Avenue North
Tenth Avenue North (Reunion Records) made their national debut in 2008 with their first RIAA Gold certification album "Over and Underneath," which spawned the hits "Love is Here," "By Your Side" and "Hold My Heart." Tenth Avenue North won the Gospel Music Association Dove Award in 2009 for New Artist of the Year and, in 2010, "By Your Side" was named Song of the Year. The band gained further momentum with 2010's "The Light Meets the Dark," and "The Struggle" in 2012, which continued to populate radio and the church with such songs as "Healing Begins," "You Are More," "Losing" and "Worn." In November 2014, the band released its fourth studio project, "Cathedrals," with the first radio single "No Man Is An Island." Their most recent project, "Followers," has produced the No. 1 singles "What You Want," "I Have This Hope" and "Control." In 2017, Tenth Avenue North debuted a Christmas project, "Decade The Halls Vol. 1." For more information, visit www.TenthAvenueNorth.com.
Categories
Entertainment On Stage feature