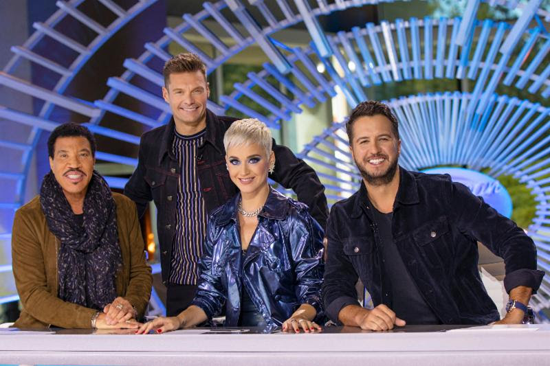 Wed, Oct 17th 2018 05:50 pm
Music industry legends and all-star judges Luke Bryan, Katy Perry and Lionel Richie, along with Emmy-winning producer and host Ryan Seacrest were on hand when ABC's "American Idol" continued its search for the next singing sensation as auditions continued this week in Coeur d'Alene, Idaho.
"American Idol" is returning to The ABC Television Network for the 2018-19 season, after first making its return to airwaves as the No. 1 reality show launch for its inaugural season on the network during the 2017-18 season.
Categories
Entertainment OYT