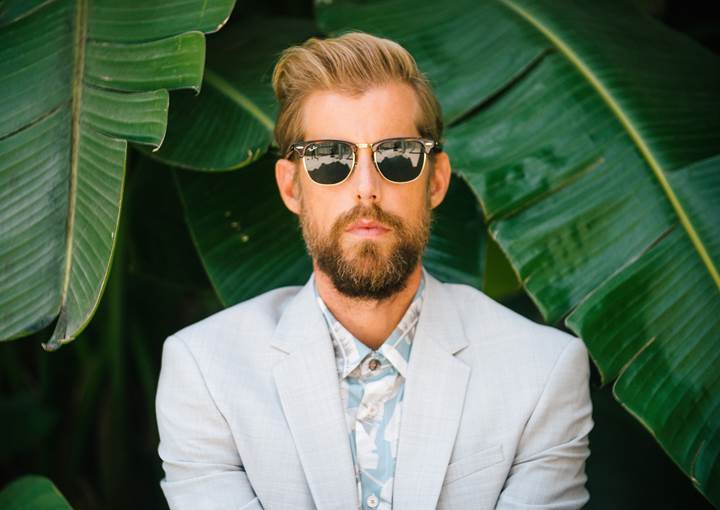 Tue, Oct 2nd 2018 05:30 pm
Andrew McMahon in the Wilderness is touring in support of "Upside Down Flowers" and will perform Saturday, Feb. 16, 2019, at The Rapids Theatre, 1711 Main St. Niagara Falls.
Tickets are $35 general admission in advance, $40 GA day of show (if available) and $125 for a VIP package. It's an all-ages show, though anyone under ages 16 is required to be paired with an adult (ages 18 and up). Tickets go on sale at 10 a.m. Friday, and are available at The Rapids Theatre box office, online at www.ticketfly.com, by phone 877-435-9849 or directly via https://www.ticketfly.com/purchase/event/1771194.
Lauded for creating emotive, astute rock with his L.A.-based bands Something Corporate and Jack's Mannequin, a sea change occurred for prolific pianist-performer McMahon around 2014. The old-school model of the music biz had collapsed, allowing McMahon freedom, but a wealth of open doors also brought pressure. McMahon was truly operating "In the Wilderness." It was an apt descriptor for a beauty and wildness that was at once terrifying and freeing. As McMahon walked through his creative open door, he wondered, "What does me making music 14, 15 years into my career look like?" His answer: "It was about incubating my creative process with a handful of trusted people, for a journey and end result that's spiritually fulfilling and a purely artistic endeavor, not a commodity."
That raison d'etre comes full circle on "Upside Down Flowers," McMahon's third full-length In the Wilderness release. It was produced by Butch Walker (Pink, Weezer, Panic! At The Disco) -who also plays drums, bass and guitar on the album - along with guest keyboardist Roger Joseph Manning Jr. of Beck fame, with real strings recorded by Emmy-winning, Tony and Grammy-nominated arranger/ composer Rob Mathes at Abbey Road.
On tour, as in life, McMahon looks forward to onward and upward. He won't leave the past behind entirely, though, noting with a laugh that his longtime band is "effectively just Jack's Mannequin with one extra guy, which is sort of hysterical." However, "in recent years, I've tried to keep the studio and the road separate in an effort to keep them both pure ... which I find keeps those relationships strong."
While some Jack's Mannequin and Something Corporate songs will be in his live set, McMahon is also "making a point not to make it a pure nostalgia fest, and to really lean on the new material and keep people coming for the new stuff."
Categories
Entertainment Entertainment feature Top Entertainment News