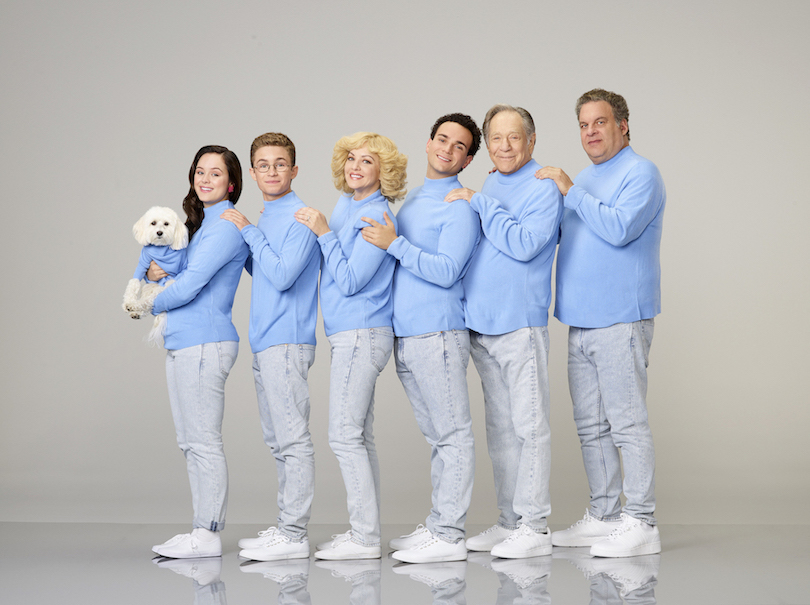 'The Goldbergs': Tribute to 'Sixteen Candles' comes complete with inclusion of Thompson Twins' 'If You Were Here'

Mon, Sep 24th 2018 02:25 pm
Movie's closing song to be included on season premiere Sept. 26
"The Goldbergs" season premiere tribute to "Sixteen Candles," which airs Wednesday (8 p.m. EST on ABC), concludes the same way the movie does: with an inclusion of the Thompson Twins' "If You Were Here" as the concluding song.
"How could we pay tribute to 'Sixteen Candles' without including the Thompson Twins' masterpiece, 'If You Were Here?' " said Adam F. Goldberg, executive producer. "It's the perfect ending to our tribute to the late John Hughes and his iconic film that was so influential in my youth."
Featured on the motion picture soundtrack, "If You Were Here" was performed by the Thompson Twins and written by Joseph Martin Leeway, Tom Bailey and Allanah Currie. The song made its debut in February 1983 on the Thompson Twins' "Side Kicks" album (Arista). Despite its popularity in "Sixteen Candles," the song was never released as a single.
Although the movie featured an extensive selection of more than 30 songs, "If You Were Here" was one of only five songs featured on the original soundtrack that was released as a specially priced mini-album.
The Thompson Twins were a British New Wave pop group that formed in April 1977 and disbanded in May 1993. They achieved considerable popularity in the mid-1980s, scoring a string of hits in the U.S. and U.K. Bailey is back touring the band's most popular songs, plus some new cuts, as well.
The band was named after the two bumbling detectives (Thomson and Thompson) in Hergé's comic strip "The Adventures of Tintin." The Thompson Twins were a prominent act in the so-called "Second British Invasion."
"Sixteen Candles" is a 1984 coming-of-age comedy film starring Molly Ringwald, Michael Schoeffling and Anthony Michael Hall. It was written and directed by Hughes.
"The Goldbergs" is an autobiography of executive producer Adam F. Goldberg's experiences of growing up in a Philadelphia-suburban family in the 1980s. He often inserts recreations of his personal life into the show, including actual videos from his youth.