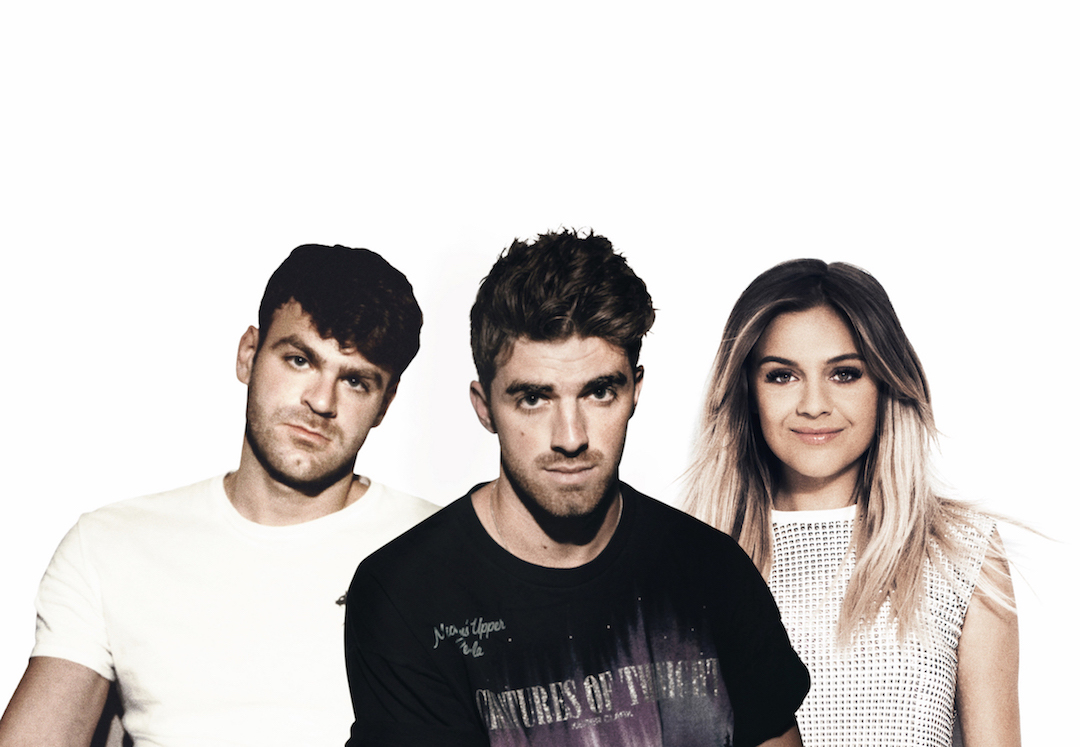 Tue, Sep 18th 2018 03:55 pm
Grammy Award-winning artist/producer duo The Chainsmokers have teamed up with Kelsea Ballerini on brand-new single "This Feeling." The track, which was featured as Zane Lowe's World Record on Beats 1 on Apple Music, is available now via Disruptor Records/Columbia Records. Watch the lyric video HERE.
On the collaboration with Ballerini, The Chainsmokers said, "She's incredibly genuine and talented; we were drawn to her for those reasons and many more."
Ballerini shared, "I'm such a fan of these guys as people, artists and songwriters. I've covered a few of their songs on different tours and, as far as collaborators, they've always been at the top of my list! I'm really excited for people to hear our worlds blend in 'This Feeling.' "
"This Feeling" follows recently released single "Side Effects" featuring Emily Warren, which has achieved Top 15 pop radio airplay and is already approaching 150 million combined global streams to date. Watch the official music video, starring Riverdale actress Camila Mendes, HERE. The two tracks, along with recent releases "Save Yourself," "Somebody," "Sick Boy," "You Owe Me" and "Everybody Hates Me," represent the latest chapter in The Chainsmokers' ongoing building album, titled "Sick Boy."
The Chainsmokers have also been nominated for a 2018 American Music Award in the "Favorite Electronic/Dance Artist" category, adding to an impressive list of accolades for the duo. The 2018 American Music Awards will air live from the Microsoft Theater in Los Angeles on Tuesday, Oct. 9 (8 p.m. ET), on ABC. Check out The Chainsmokers' performance of "Side Effects" on "Jimmy Kimmel Live!," where they took over the show's famed outdoor lot on Hollywood Boulevard, HERE.
Alex and Drew will continue to tour across the globe throughout the remainder of 2018. For a full list of shows, visit http://www.thechainsmokers.com/shows.
Categories
Entertainment Entertainment feature