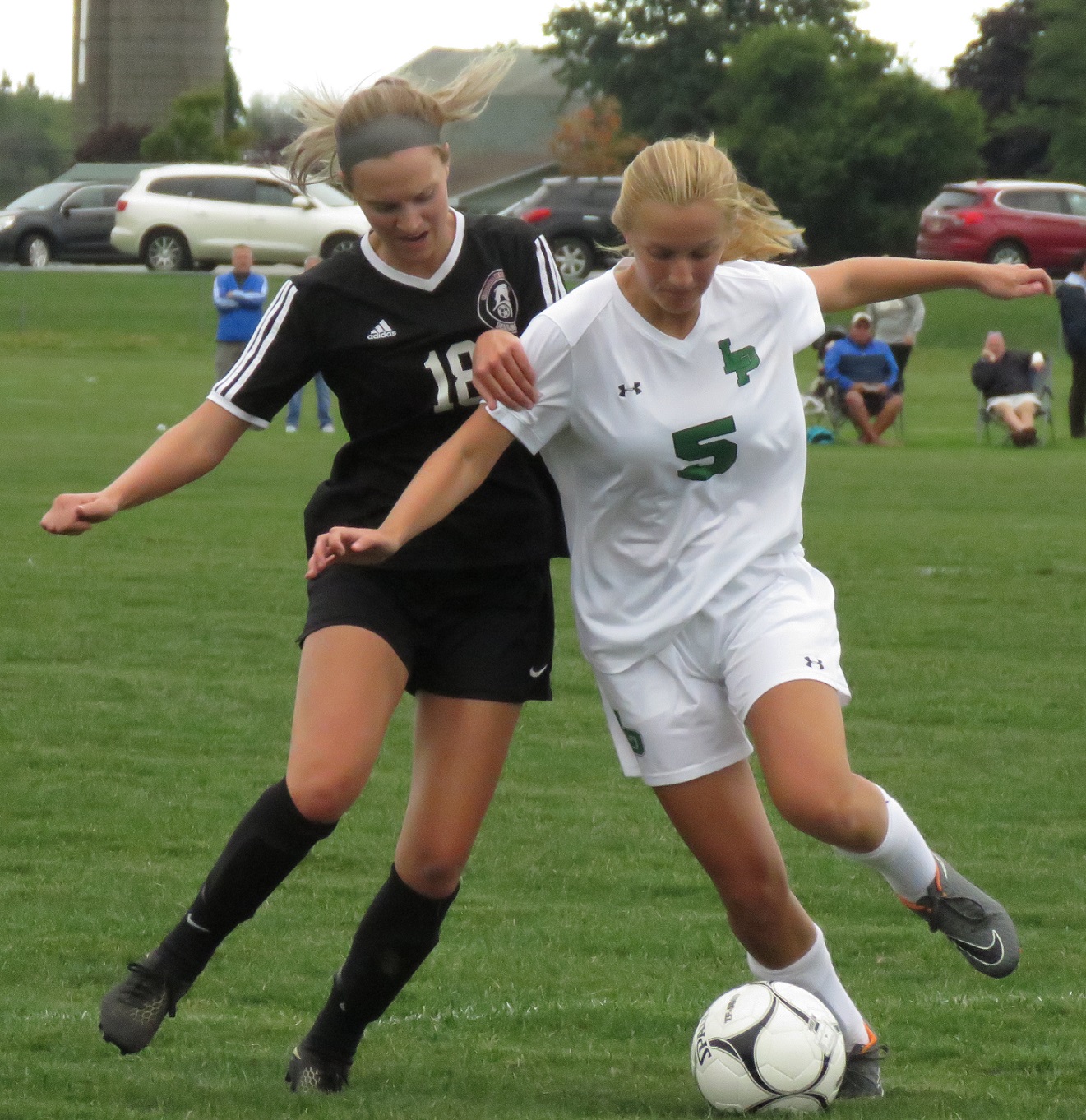 by yarger
Tue, Sep 11th 2018 09:15 pm
Falcons post sixth shutout on season
By David Yarger
Tribune Editor
The Niagara-Wheatfield Falcons girls soccer team make it very difficult for teams to score. The team has given up just two goals in seven games, and on Tuesday, nothing was different versus Lewiston-Porter.
The Falcons defeated the Lancers, 3-0, in Niagara Frontier League play behind two goals from Briana Zayatz and one from Erin Weir. The shutout was also the Falcons' sixth of the season.
The Falcons defense held the Lancers to three shots throughout the game, and N-W's offense put pressure on L-P all game, with 14 shots.
A little over eight minutes into the game, a punted ball went deep into the Lancers zone. Zayatz chased the ball down, making it difficult for the keeper to make a play; the keeper kicked the ball off Zayatz leg, deflecting it back near the net, and Zayatz put it in for the first Falcons goal. Weir received an assist on the goal.
Zayatz came back a little over 20 minutes after and sent a ball over the keeper's head for goal No. 2. The two goals brought Zayatz's season total to six.
In the second half, with the score 2-0, Weir sent a free kick over the defense's heads and around the keeper for the Falcons' third goal of the game. The goal was Weir's 11th of the season.
The Falcons were able to play the rest of the game out with very little pressure, aside from two corner kicks, which were properly defended.
The first person Falcons coach Pete Cerny praised after the game was senior Tara Perrault and her effort on defense.
"She is a controlling force," Cerny said. "She's helping a lot of these other young defensemen grow into prominent defensemen."
Cerny said he used Weir and Zayatz in a variety of ways versus the Lancers, and he said their team first mentality helped the team to victory.
"I had them moving around in a few different positions trying to find their strength against this team," Cerny said. "They're very willing to work with whatever is best for the team. So, today, they were in a few different positions and they were able to find where they're going to help the team the most, and they were a big, big help."
The win sets the Falcons' league record at 4-0-1 (6-0-1 overall). Their next matchup is Thursday versus the Grand Island Vikings, who handed N-W two of their three losses last season. Heading into the rivalry matchup, Cerny said the team is just as confident as they would be any other time facing the Vikings.
"I think we feel the same as last year," he said. "We're certainly not timid. When we play Grand Island, we always know it's going to be a good match. Coach (Dave) Bowman is a great coach and I know he'll have his girls ready for us."
The showdown versus the Vikings is at 6:45 p.m. Thursday at Grand Island High School. 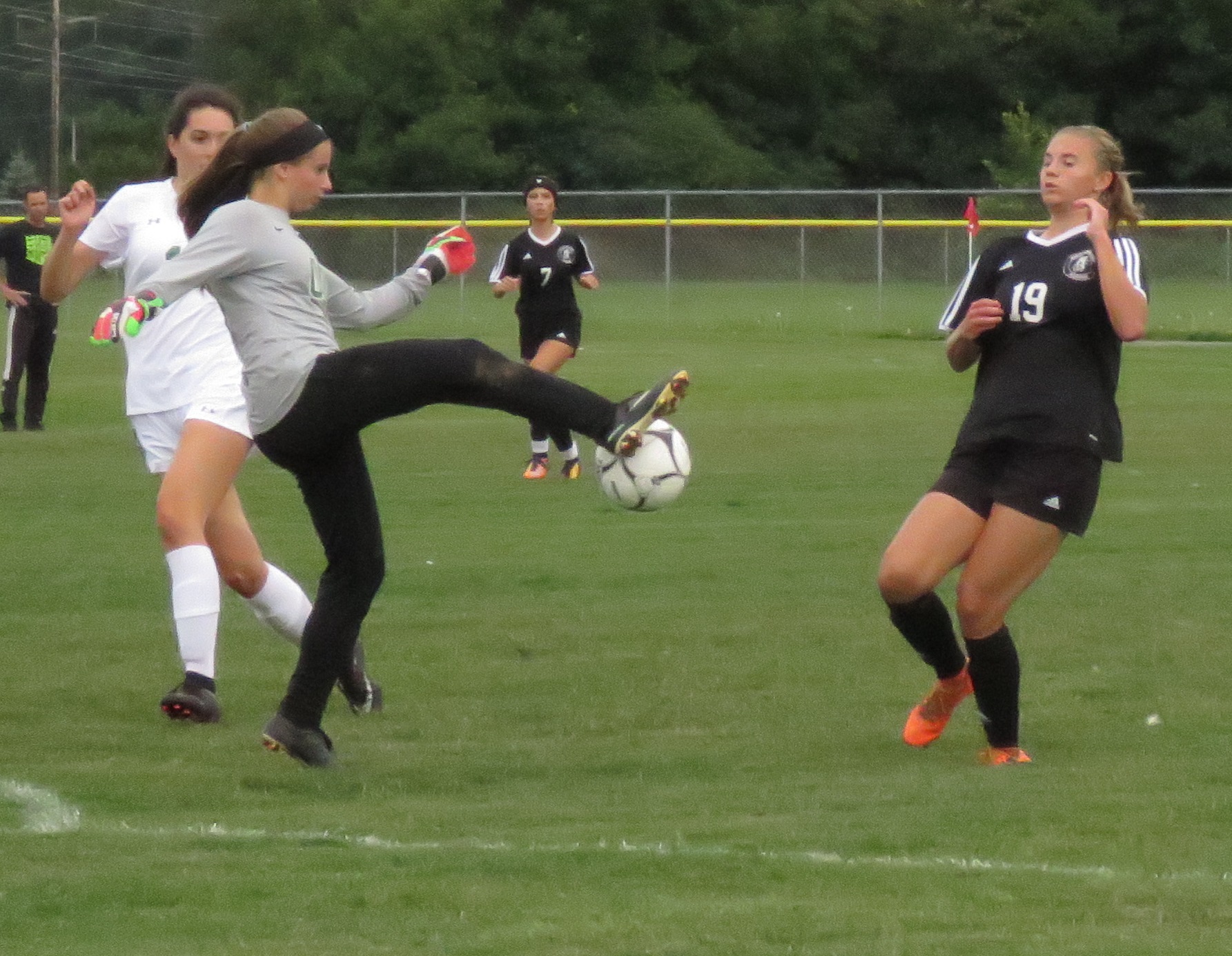 Briana Zayatz converts on a misplay by the Lancers keeper and scores. 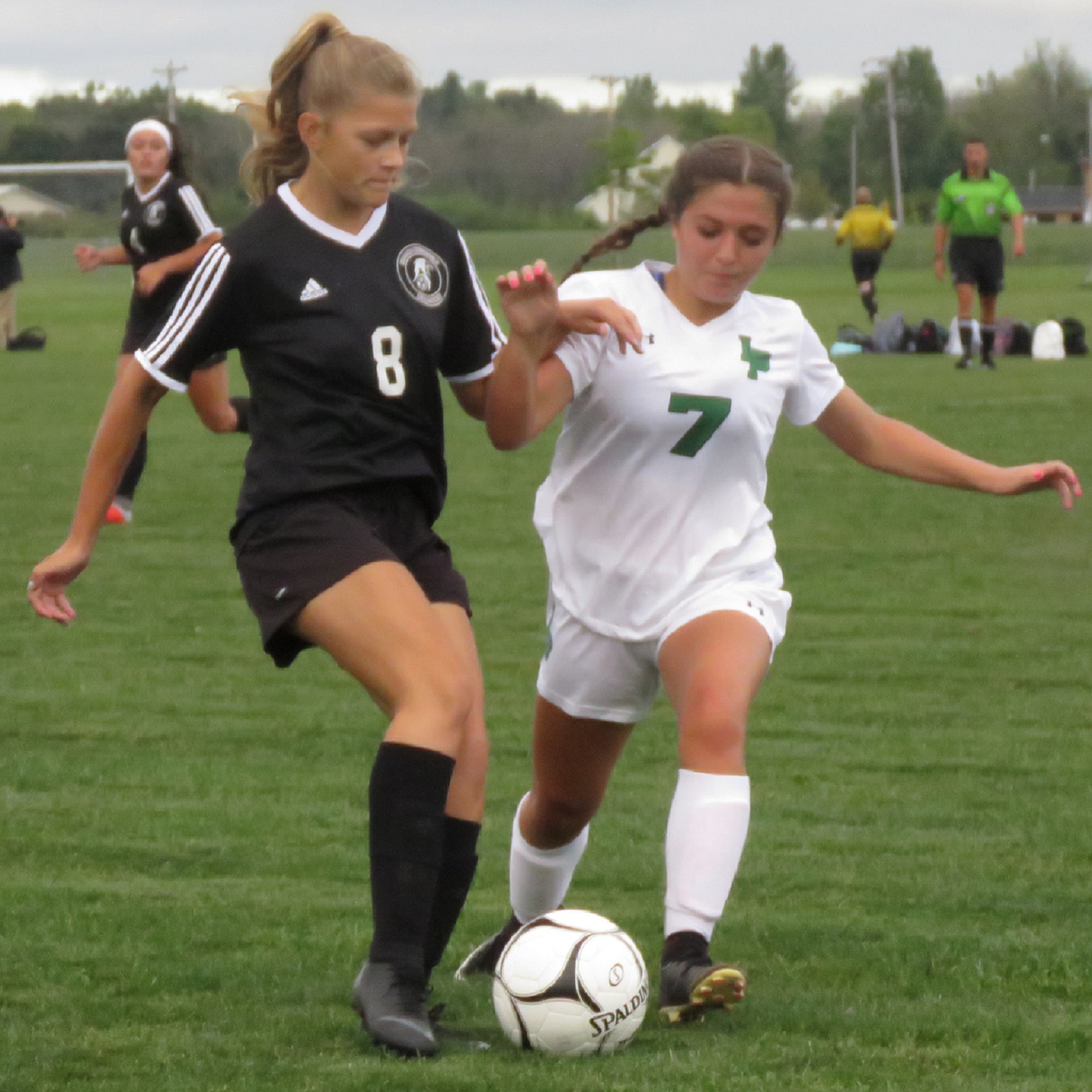