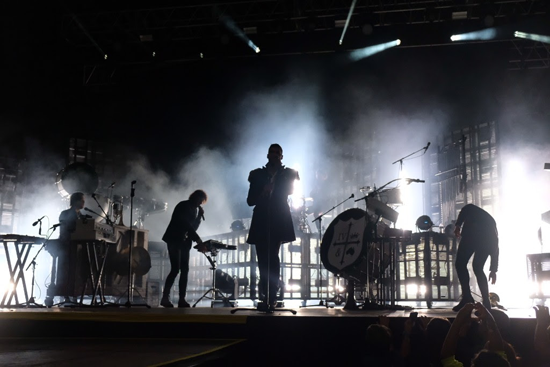 Mon, Aug 6th 2018 02:40 pm
Last week, thousands of Christian music fans attended Kingdom Bound - one of the longest-running Christian music festivals in the country and the largest in New York state. Featuring more than 50 artists - including Grammy winners TobyMac, for KING & COUNTRY and Casting Crowns - the Darien Lake Amusement and Water Park event featured something for everyone and drew the largest crowds seen at the festival in well over a half a decade.
In addition to the four days of music and arts, the festival also gave back to the community through its partnership with national nonprofit 8 Days of Hope. Kingdom Bound attendees and 8 Days of Hope volunteers worked together to paint and restore multiple homes in the community free of charge to the occupants.
During the festival, Kingdom Bound announced its primary headliners for the 2019 festival (July 28-31): Grammy winner for KING & COUNTRY is set to return and will be joined by rock favorites Skillet, Grammy-nominated fan favorite Crowder, rocker LEDGER and international speaker Reggie Dabbs. Tickets for the 2019 festival can be found at www.KingdomBound.org.
Categories
Entertainment Entertainment feature Top Entertainment News