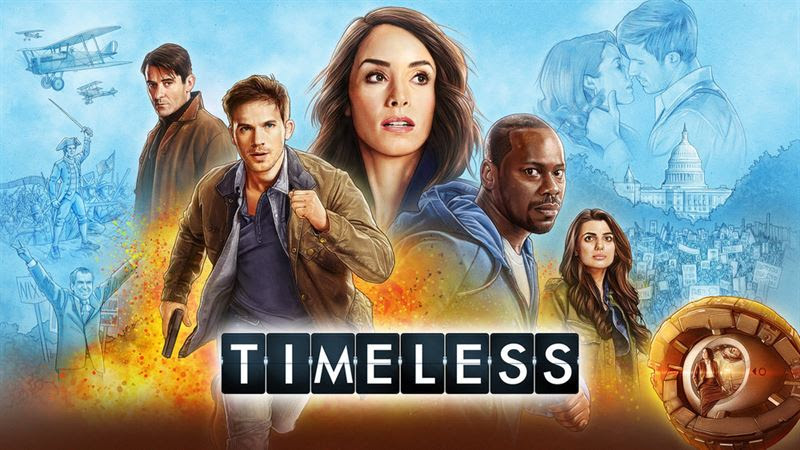 "Timeless" will get a proper sendoff. (NBC image)

Tue, Jul 31st 2018 12:40 pm
The time-traveling gang gets back together one last time for holiday television event
Hey Clockblockers, your mission is complete!
NBC and Sony Pictures Television are collaborating on a two-part "Timeless" finale to air during the holidays, giving closure to the globetrotting series that has generated incredible viewer passion.
According to executive producers Shawn Ryan and Eric Kripke, audiences can expect the "Timeless" they know and love. A focus on the unsung and underrepresented people of history. And most importantly, one final emotional story for the Time Team.
"We're excited to tell one final chapter to this incredible story," said Lisa Katz, co-president, scripted programming, NBC Entertainment. "A huge thank you to all - our cast, crew, producers and partners at Sony - who have worked so very hard, and to the fans who kept us on our toes and made sure we did our very best week after week."
"While we wish we could've made another dozen seasons of 'Timeless,' this is the next best thing," Ryan and Kripke said. "We're thrilled to take the Lifeboat out for one last spin and bring closure to our story. The studio, network, cast and crew are all doing this for one reason only: the fans. Because they deserve it. Because the fans made this happen and we thank them for their passion, support and helicopters.
"So? You guys want to get Rufus back or what?"
The cast includes Abigail Spencer, Matt Lanter, Malcolm Barrett, Goran Višnjić, Paterson Joseph, Sakina Jaffrey and Claudia Doumit.
Ryan and Kripke are the creators, writers and executive producers. Tom Smuts and Arika Lisanne Mittman are co-showrunners and executive producers. Don Kurt, Greg Beeman, John Davis, John Fox and Marney Hochman also executive produce.
Categories
Entertainment OYT Top Entertainment News