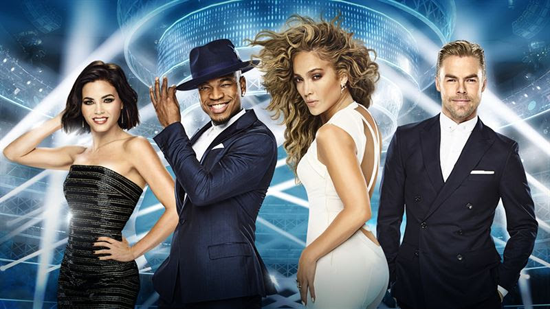 Mon, Jul 23rd 2018 03:05 pm
World-renowned dancers bring expertise to NBC's hit summer dance competition series
"World of Dance," currently airing at 10 p.m. Tuesdays on NBC, will expand to a two-hour telecast beginning Wednesday, July 25, at 8 p.m.
The hit summer series, starring Jennifer Lopez, Derek Hough, NE-YO and Jenna Dewan, will bring aboard several of the most accomplished and celebrated dancers in the world as guest mentors and guest judges during its second season. As the episodes unfold, six dancers/choreographers will share their insight with aspiring dancers looking to change their lives.
During the two episodes of "The Cut" round of the competition (airing at 9 p.m. Wednesdays, Aug. 22 and 29), guest mentors will include:
•Tony Award winner Savion Glover, who will collaborate with Lopez with the Junior Team division;
•Actress, dancer, singer and Emmy Award-winning choreographer Julianne Hough, who will work with her brother, Derek, in the upper division;
•"America's Got Talent" judge Mel B, who will join forces with NE-YO in mentoring the junior division;
•World-renowned dancer/choreographer Paula Abdul will team with host/mentor Jenna Dewan in the upper team division.
•Misty Copeland, principal dancer of the American Ballet Theatre, will serve as a guest judge during the divisional final, with Grammy Award-winning and multi-Platinum-selling artist Ciara joining as guest mentor during the divisional final, as well (airing Wednesday, Sept. 5, at 9 p.m.).
In "The Cut," the acts face the deepest and most intense cut of the season. The judges will score each act's performance based on their artistry, precision and athleticism. Only the top three highest-scoring acts from each division will move on to the divisional final. In that round, the top three acts from each division will compete for a spot in the world final. The top scoring act from each division will be one step closer to winning the $1 million grand prize.
So far this summer, "World of Dance" is averaging a 2.1 rating in adults 18-49 and 8.5 million viewers overall in "live plus seven day" Nielsens, and ranks No. 2 in "most current" averages for the summer to date in adults 18-49, behind only "America's Got Talent." "World of Dance" has dominated its 10 p.m. Tuesday timeslot, defeating the combined "live plus same day" results for its ABC and CBS competition every week it's been in first-run in every key demographic category - adults, men and women 18-34, 18-49 and 25-54.
"World of Dance" gives dancers the platform to showcase their talents and compete for a life-altering grand prize of $1 million. In partnership with pre-eminent global dance brand World of Dance, the series brings the world's elite dancers together to compete in epic battles of artistry, precision and athleticism. Solo dancers compete against duos and crews in an unlimited range of dance, including hip-hop, popping, locking, tap, ballet, break dancing, ballroom and stomping.
Handpicked from qualifying events around the nation and thousands of online submissions, competitors are divided into three divisions: junior (any size act, 17 years old and under), upper (groups of one to four, 18 and older) and team (groups of five-plus, 18 and older). The panel of experts score the acts using a precise point system developed by World of Dance, using the following criteria: performance, technique, choreography, creativity and presentation. The competition consists of five rounds: qualifiers, duels, "The Cut," divisional final and the world final. In the first four rounds, dancers only compete within their division, but in the world final the winner from each division will compete against each other for the grand prize.
Categories
Entertainment Entertainment feature Top Entertainment News