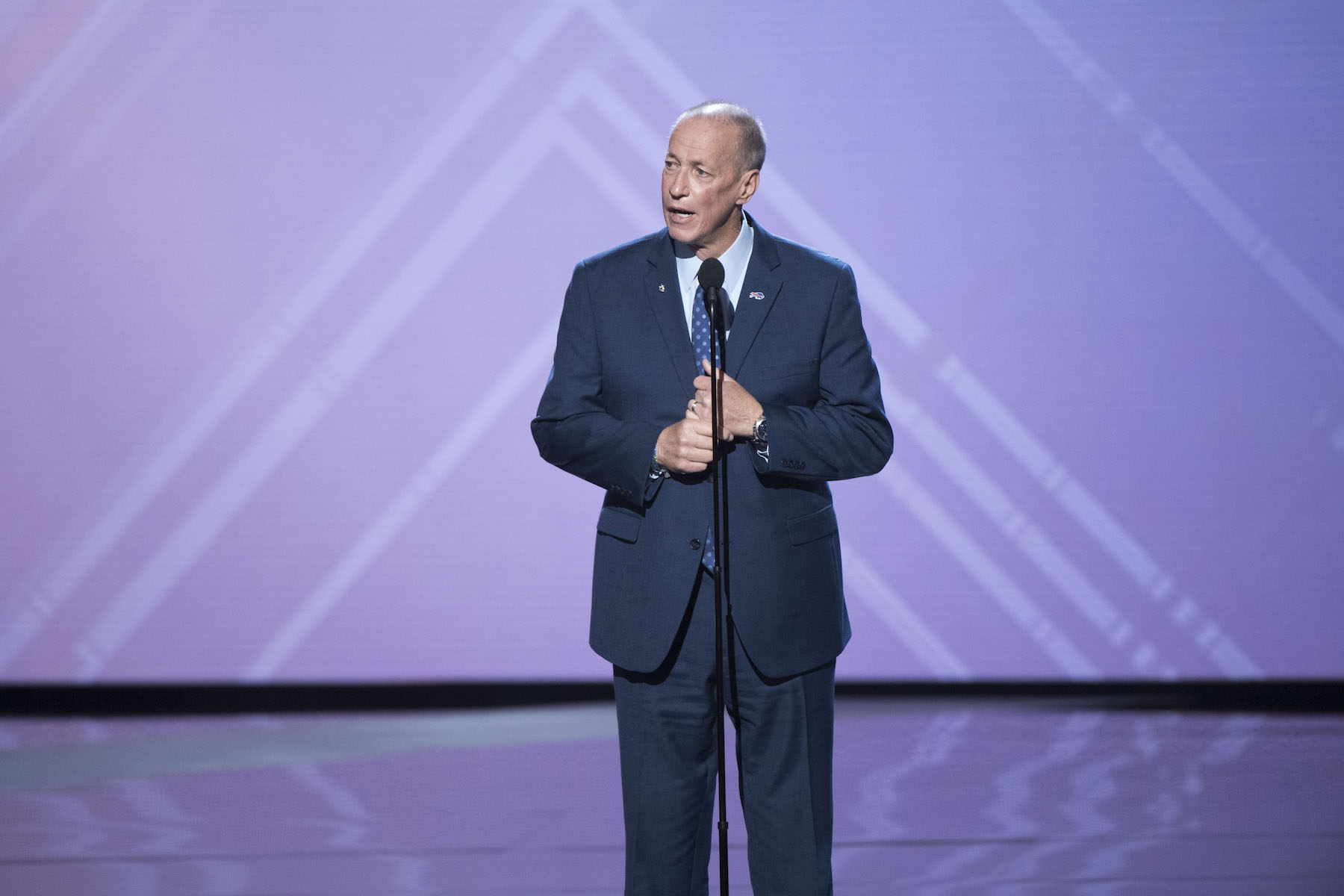 Jim Kelly is pictured with the Jimmy V Award for Perseverance at The 2018 ESPYS. (ABC/Image Group LA photo)

Thu, Jul 19th 2018 09:00 am
Former Buffalo Bills quarterback and NFL Hall of Famer Jim Kelly was honored with the Jimmy V Award for Perseverance at The 2018 ESPYS on Wednesday.
Kelly, who led the Bills to four straight AFC championships, was diagnosed with squamous cell carcinoma in his jaw in 2013. Over the past five years since his diagnosis, Kelly has embodied the definition of perseverance with his spirit and fearless attitude.
On this night, Kelly spoke of his faith, family, friends, football and fun times with presenters (and fellow Class of 1983 draftmates) Dan Marino and John Elway. He thanked his wife, Jill; their daughters, Erin and Camryn; and paid tribute to his late son, Hunter, for whom Hunter's Hope was named. That foundation serves individuals affected by Leukodystrophies and their families.
Kelly began his career in 1983 when he was picked 14th overall in the first round of the NFL Draft. After starting with the Houston Gamblers, he moved on to play for the Buffalo Bills in 1986, where he famously ran their "K-Gun" no-huddle offense. From 1991-94, he helped lead the Bills to four consecutive Super Bowls.
In his first year of eligibility, Kelly was inducted into the Pro Football Hall of Fame in 2002.
Jon Stewart presented The Pat Tillman Award for Service to U.S. Marines Sgt. Jake Wood.
Wood was a freshman offensive lineman with the Wisconsin Badgers when the Twin Towers fell on Sept. 11, 2001, and, inspired by the first responders who risked their lives while trying to help others - and by former Arizona Cardinal Pat Tillman's selfless sacrifice - Wood joined the U.S. Marine Corps. He earned the Navy-Marine Commendation Medal during his time of service.
Since being honorably discharged from the Marines in 2009, Wood has committed to advocating for veterans in the U.S. After the Haiti earthquake, Wood and fellow Marine William McNulty galvanized a group of veterans, first responders and medical workers, and headed to the island nation with supplies in tow. This marked the beginning of Team Rubicon, a nonprofit organization dedicated to transitioning veterans from military service to disaster response and relief.
In recognition of their undisputed bravery, Golden Globe winner Jennifer Garner presented the Arthur Ashe Courage Award to the hundreds of athletes who spoke in court about the extensive abuse suffered at the hands of the former USA Gymnastics and Michigan State University team doctor. ABC said, "Their strength and resolve in speaking out have brought the darkness of sexual abuse to light and inspired many others to speak up about their own experiences."
The world's top athletes and biggest stars joined host Danica Patrick for The 2018 ESPYS on ABC. The star-studded evening celebrated the best moments from the year in sports and aired live from the Microsoft Theater in Los Angeles. 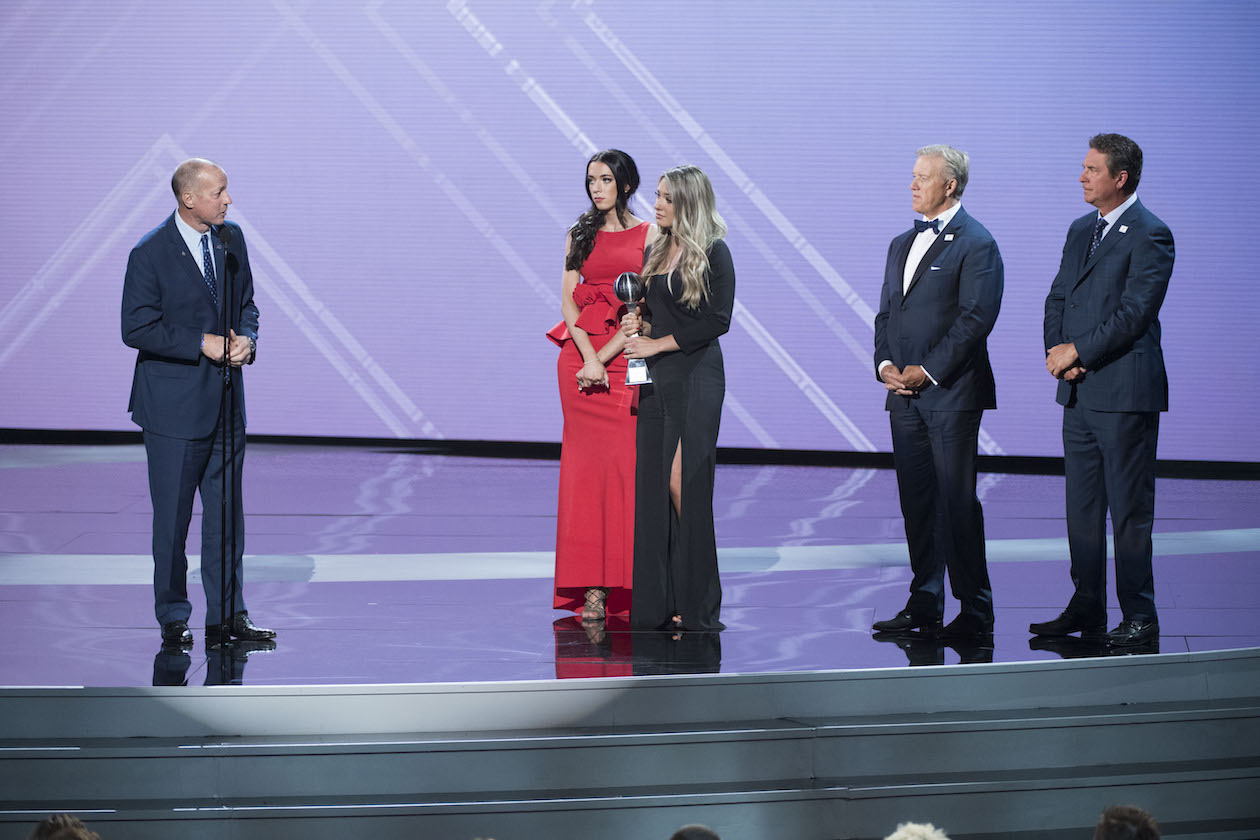