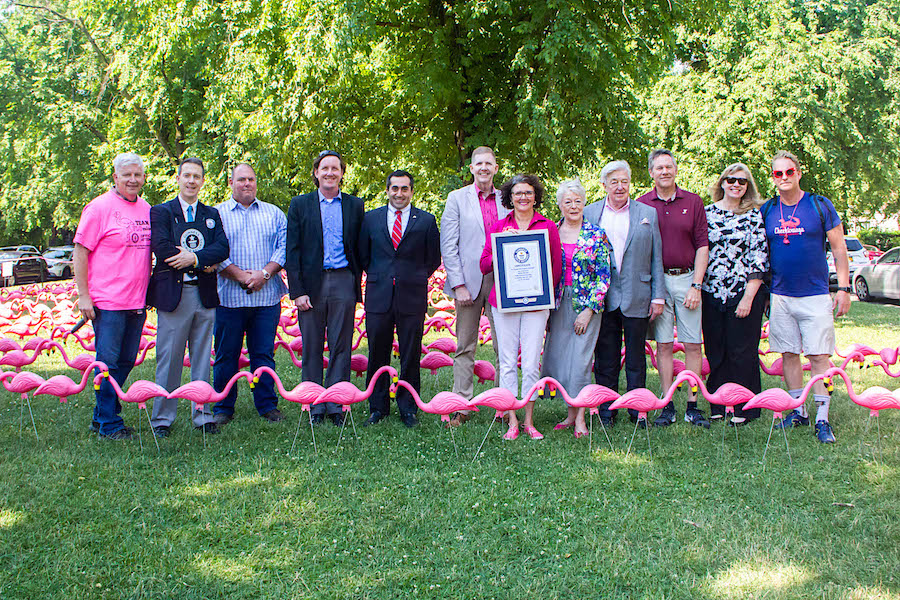 Thu, Jun 21st 2018 07:45 pm
An additional 1,500 #FLOmingos will be placed in all Olmsted Buffalo landscapes
The Buffalo Olmsted Parks Conservancy, the first nonprofit in the nation to manage and operate an historic urban park system, on Thursday broke the Guinness World Records title for the "Longest Line of Garden Flamingos." Breaking the current record by an additional 92 flamingos, the organization placed 1,500 plastic pink #FLOmingos (Fredrick Law Olmsted ... FLOmingo) in a line to recognize the 150th celebration of the Olmsted Parks system in Buffalo taking place this year.
The previous record was held by Pledge the Pink of Callawassie Island, South Carolina, which placed a total of 1,058 flamingos in a line on Aug. 27, 2016.
Joined by dozens of donors, dignitaries, park partners and community members, the conservancy's goal was to take the pink lawn piece that has been popularized by many landscape architecture programs as a tongue-in-cheek symbol and do something fun. In additional to the 1,500 "FLOmingos" part of the Guinness World Record attempt, another 1,500 pink flamingos were placed in flocks around 20 other park locations within the Olmsted Park system.
"At the conservancy we understand that landscape architecture is a specialized profession, but we also feel that Olmsted would have understood the humor in stunt of placing 3,000 #FLOmingos across his beautiful landscapes to become a Guinness Worlds Records recordholder," said Stephanie Crockatt, executive director of the conservancy. "Additionally, we are using the kitschy lawn art to raise awareness for recycling."
Each "FLOmingo" is outfitted with a sticker designed by VSP Graphics that showcases the flamingo was part of the attempt with the official Guinness World Records attempt logo, the 150th celebration logo and the number flamingo it was out of 1,150.
Any flamingos that were left without a home will be sent to a local recycling company. The company will work with the conservancy to recycle the plastic into a bench that will be displayed in the park system.
For more information and a map on where an additional 1,500 "FLOmingos" can be found around the 850-acre park system, visit BFLOParks.org/event/flomingos/. 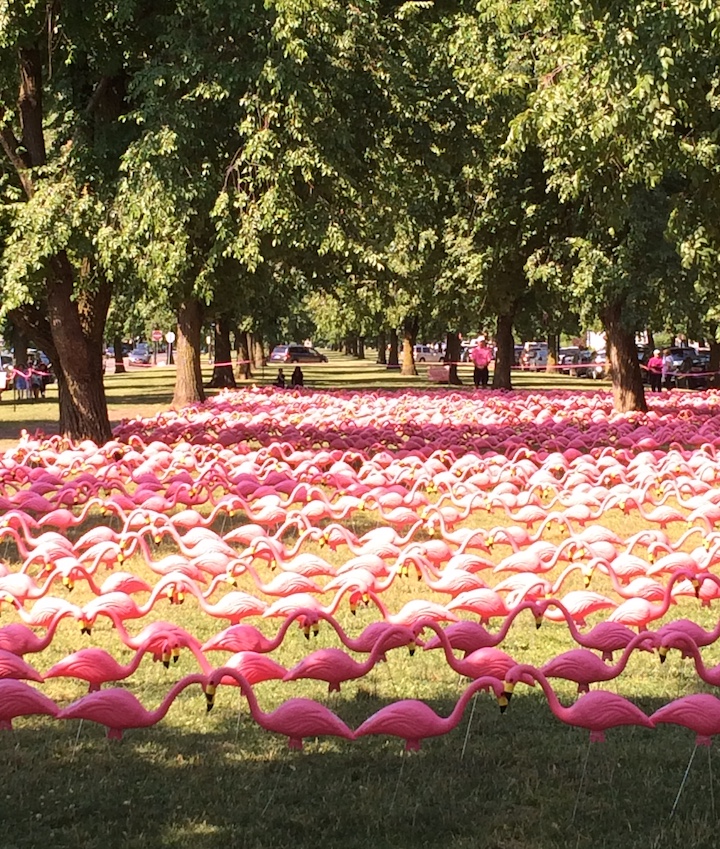