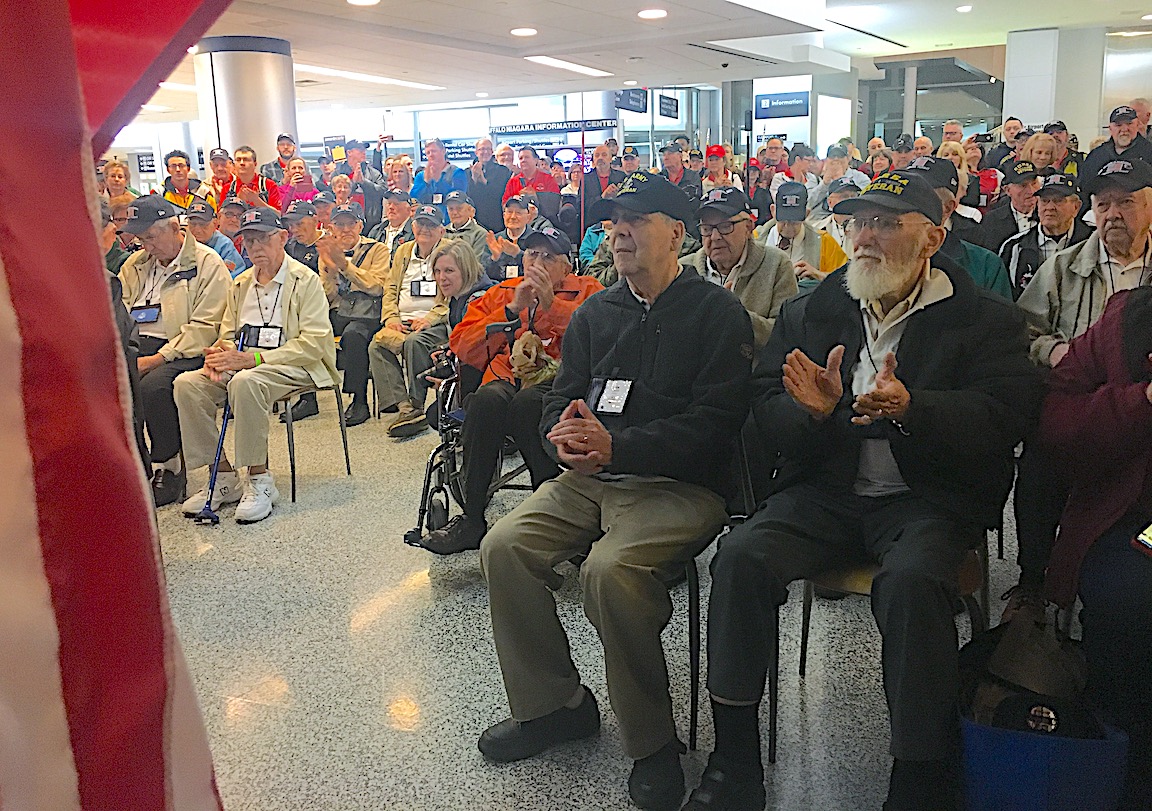 Veterans assemble in Buffalo prior to leaving for a memorable day in Washington, D.C. (Submitted photo)