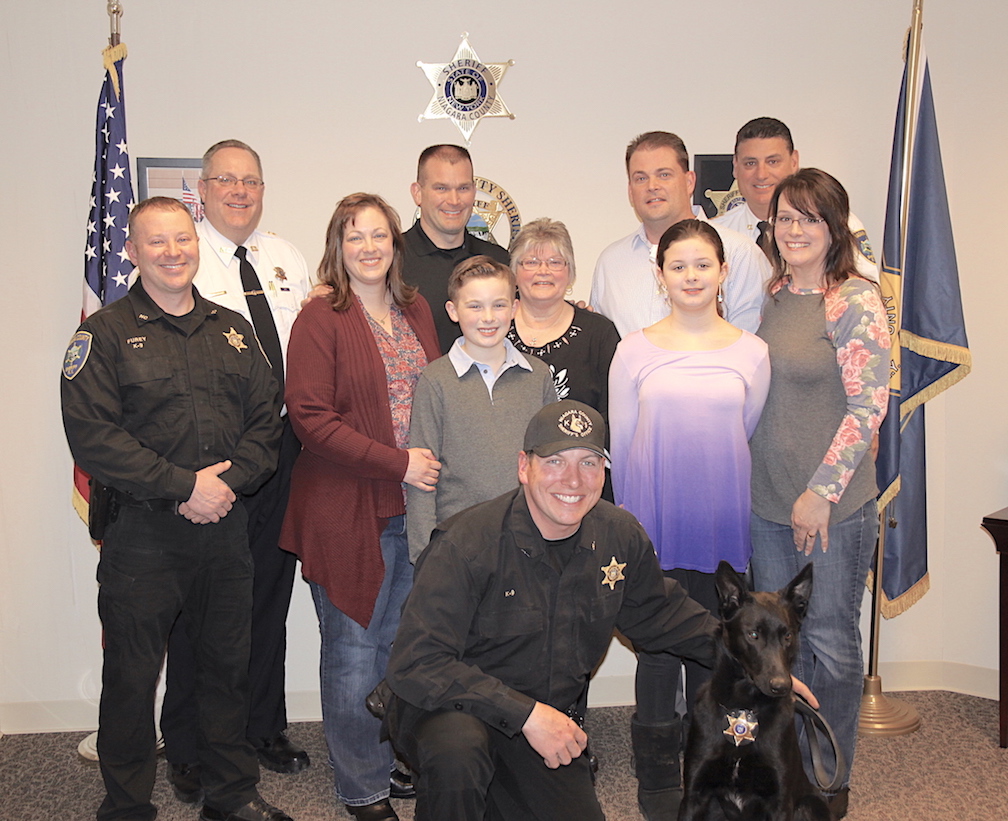 Tue, Apr 10th 2018 10:50 pm
Niagara County Sheriff James R. Voutour has announced the new addition to the sheriff's office canine team has been named in honor of Chief Craig C. Harmon, who was the chief of the Niagara County Drug Task Force when he passed away in 2004. The new canine, Chief, is currently in training with handler Deputy Richard Bull. He was purchased through many generous donations and funding from the U.S. Department of Homeland Security.
A brief naming ceremony was held on April 6, the 14th anniversary of Chief Harmon's passing. Harmon's immediate family was present as Voutour announced the new canine deputy's name.
Chief is a 14-month-old male Belgian Malinois. His training is ongoing to prepare him for his role at the sheriff's office in patrol and narcotics detection. He is expected to be ready for patrol around June.
Categories
NFP Our Fave Photo Sentinel Tribune Tribune HP Feature List