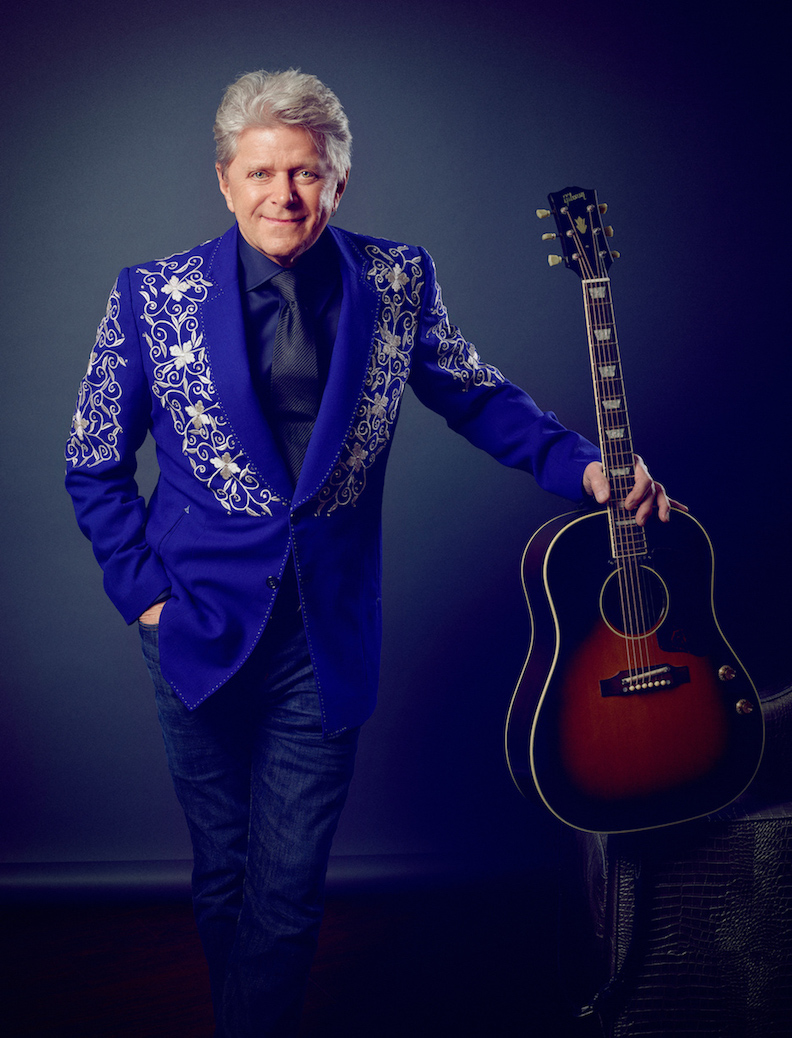 Tue, Mar 6th 2018 03:45 pm
This June, Fallsview Casino Resort welcomes Carnival, Boz Scaggs, Peter Cetera, Estate Italiana and "Songwriter"s featuring Five for Fighting with a string quartet.
Kicking off the month with two weeks of performances are the world-class acts in the Carnival extravaganza. Contortionists, acrobats and other performers will keep audiences mesmerized with their strength, style and skill.
On June 21, Scaggs brings his innovative blend of soul, jazz, rock and R&B for one night only. Performing singles from his latest album, "A Fool to Care," Scaggs will also bring back beloved hits such as "Lido Shuffle."
Grammy Award-winning Cetera rocks the stage June 22 with hits from his legendary rock days with Chicago, such as "Will You Still Love Me," "You're the Inspiration" and "Hard to Say I'm Sorry." As a solo artist, he has also recorded No. 1 hits including the Academy Award-nominated song "The Glory of Love," "The Next Time I Fall," "After All," "No Explanation" and "Restless Heart."
In an exclusive "Songwriter's" performance with a string quartet, John Ondrasik shares the stories behind his music as Five for Fighting on June 23. With more than 2.5 million albums sold and singles featured in hundreds of movies, ads and TV shows, the crowd is sure to be enthralled with the stories behind songs including "Superman (It's Not Easy)," "100 Years" and "World."
June 23-24 brings passionate performers of Estate Italiana, hosted by Alessandra Greco. Performing with the Norstar band, the all-star cast of internationally acclaimed artists includes Emanuela Aureli, Adriano Pappalardo, Alan Sorrenti, Righeira and I Nuovi Angeli for two nights at Fallsview.
"June at Fallsview promises something fun for anyone who visits," said Cathy Price, vice president, marketing, Niagara Casinos. "We are ecstatic to be welcoming such a broad range of talent like Carnival, Boz Scaggs, Peter Cetera, Five for Fighting and Estate Italiana to Fallsview Resort." 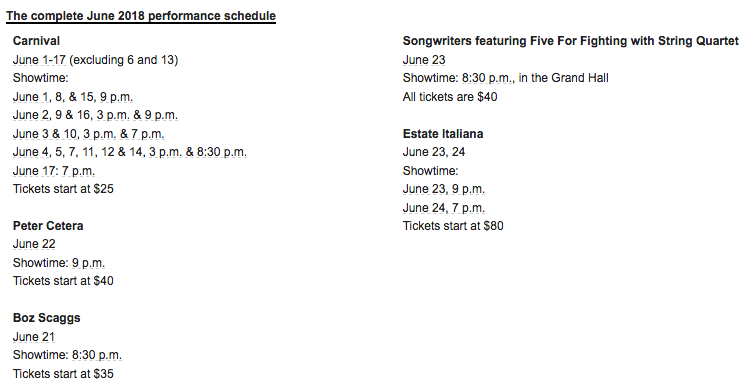