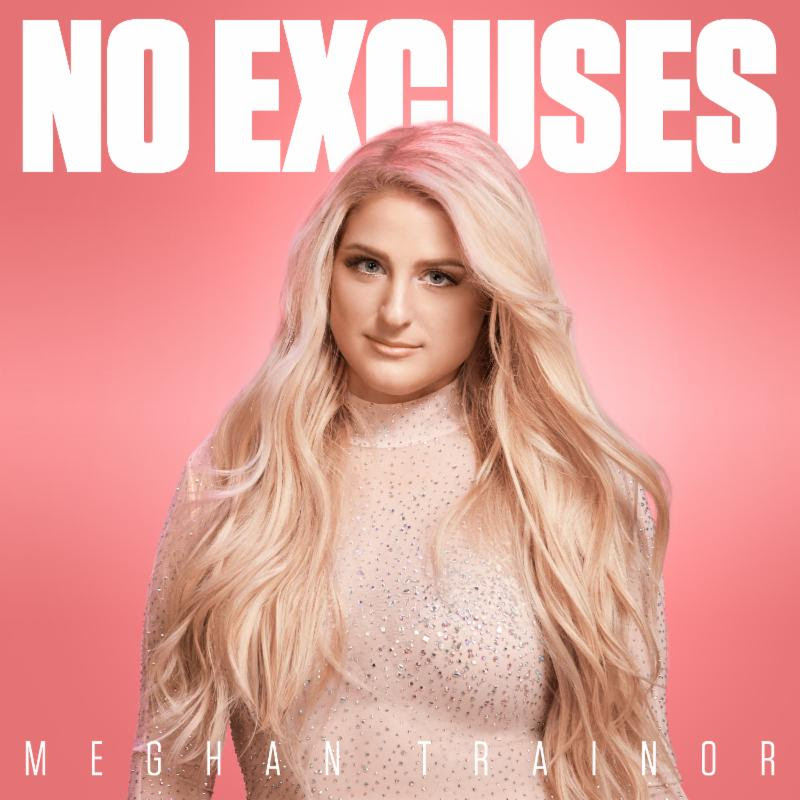 Thu, Mar 1st 2018 01:15 pm
Reveals energetic & colorful music video; 3rd full-length album coming soon
On Thursday, Grammy Award-winning singer, songwriter and multi-instrumentalist Meghan Trainor returned with a brand-new single, "No Excuses." The song is available worldwide now. Get it HERE via Epic Records.
It's the first glimpse of what's in store Trainor's third full-length offering and one of the year's most anticipated blockbuster releases (which is coming soon).
Trainor wrote 'No Excuses' with songwriter JKash and Andrew Wells. Wells produced the song with additional production by the artist. The single tempers swaggering bass lines, bright guitars and widescreen synths with an infectious call-and-response. The boisterous production underscores a deeper message encoded in the hook, "Your mama raised you better than that."
"I love how so many women are standing up for what's right," Trainor said. "I wanted to write us all a powerful anthem. Sometimes, people talk down to me, because I've only been doing this for four years, so I wrote this song. It's my modern version of 'R-E-S-P-E-C-T.' It's all about equality and being kind."
Complementing this upbeat and undeniable anthem, Trainor also shared the single's official music video, shot by Colin Tilley. The high-energy visual brings the words to life, as the songstress owns the screen more confident and charismatic than ever.
Watch it on VEVO.
Trainor triumphantly emerged from a terrifying second vocal cord surgery, four months without speaking, and debilitating anxiety into a fiery and focused force of nature. Empowering herself through self-love and care, she bottled that energy within new music. Recorded primarily with producer Wells, the process would be a family affair. On every anthem, Trainor enlisted a choir - comprised of her mom, dad, brothers and fiancé - to add backing vocals.
Trainor first emerged with her 2014 breakout single, "All About That Bass," and disrupted contemporary music with nostalgic pop beats and powerhouse vocals that delivered a worldwide anthem for female empowerment. Trainor cemented her rising status as one of the most prominent artists in popular music by charting seven multi-Platinum singles, releasing two Platinum albums, selling out three headline tours, writing multi-Platinum hits for top pop and country artists, and receiving industry awards and nominations worldwide.
Trainor is one of only five female artists to receive a Diamond certification (earned for "All About That Bass"). She shares the RIAA top honor with only 15 other singles in history.
Earlier this year, Trainor wrapped up her first season as a panelist on FOX's hit singing competition series "The Four: Battle for Stardom."
Stay connected:
Meghan-Trainor.com | Facebook.com/MeghanTrainorSongs | Twitter: @Meghan_Trainor | Instagram: @Meghan_Trainor
Categories
Entertainment Entertainment Top Story