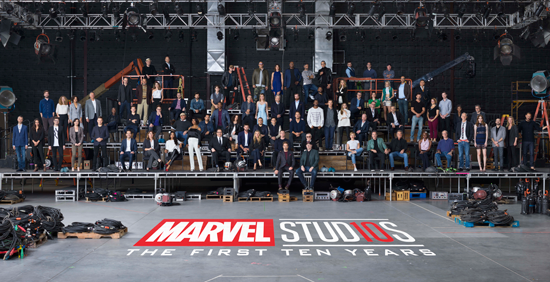 On Oct. 7, 2017, a group of more than 80 actors and filmmakers came together in secret in Atlanta on the set of Marvel Studios' "Avengers: Infinity War" to memorialize the past 10 years with a photo and to celebrate the accomplishments of the Marvel Cinematic Universe. (Photo ©2018 Walt Disney Studio/Marvel Studios. All Right Reserved. Submitted by EPK.TV.)