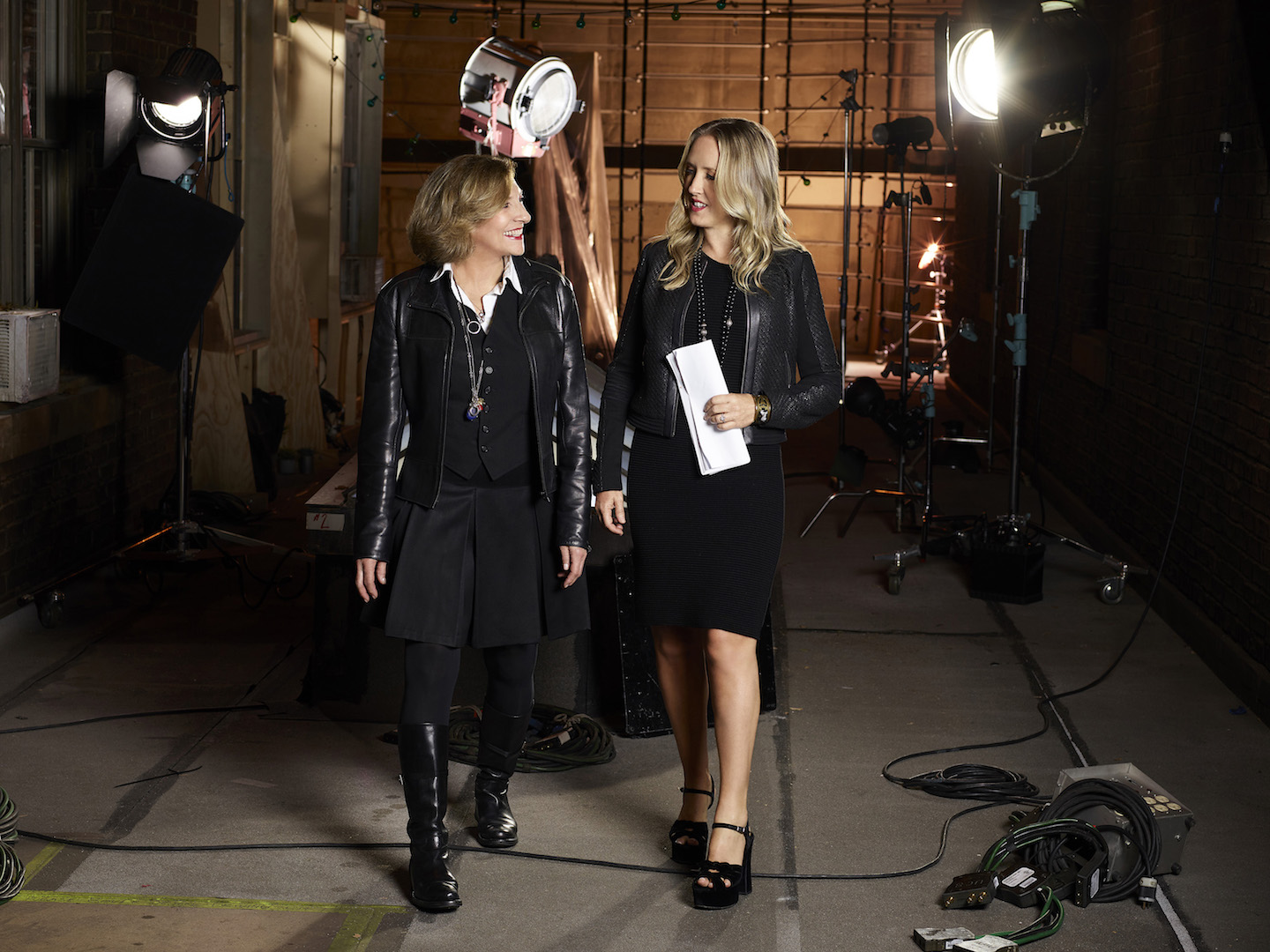 Tue, Jan 9th 2018 01:25 pm
NBC President Jennifer Salke spearheads program with advisory council of prolific TV directors, including Norberto Barba, Ruben Fleischer, Liz Friedlander, Pamela Fryman, Nisha Ganatra, Peter Horton, Gail Mancuso, Ken Olin, Julie Anne Robinson, Millicent Shelton & Michael Spiller; multi-Emmy Award-nominated TV director Lesli Linka Glatter to chair
NBC is officially kicking off "Female Forward," its new initiative focused on providing emerging female directors with training and the opportunity to direct an in-season episode.
Starting today, the first annual program - spearheaded by NBC President Jennifer Salke in partnership with multi-Emmy Award-nominated TV director Lesli Linka Glatter - is accepting applications from eligible female directors for 10 slots in the program's initial 2018-19 season at NBCFemaleForward.com. The submission window is open for one week, beginning this morning and closing Wednesday, Jan. 17 (11:59 p.m. PT).
"We already have some great initiatives in place for female and diverse directors. However, it's clear our industry needs to take it to the next level," Salke said. "It's incredibly exciting to know that we will add 10 working females a year to the currently very unbalanced pool of working television directors. The guaranteed commitment to helm an episode, coupled with our incredible council of mentors, will make such a meaningful difference in reaching our goals to create gender parity in the director's chair."
Since the program's announcement in August, Salke has enlisted an advisory council of celebrated directors who will help select the inaugural class and serve as their advisers and mentors. The 2018-19 council includes Norberto Barba ("Mayans MC," "Grimm"), Ruben Fleischer ("Superstore"), Liz Friedlander ("Conviction"), Pamela Fryman ("How I Met Your Mother"), Nisha Ganatra ("Transparent"), Peter Horton ("Electric Dreams"), Gail Mancuso ("Modern Family"), Ken Olin ("This Is Us"), Julie Anne Robinson ("Castle Rock"), Millicent Shelton ("Marvel's Runaways") and Michael Spiller ("Champions"). As a partner in the program, Glatter will chair the council, drawing from her years of experience both as a prolific director and a longtime mentor to other women in the field.
Created with the goal of achieving gender parity among scripted series directors, NBC's "Female Forward" gives female directors the opportunity to break into scripted television. The program participants will be matched with an NBC series where they will shadow a director for up to three episodes, culminating with an in-season commitment to direct at least one episode of that series. The initiative will begin with 10 NBC series during the 2018-19 season with the intent of expanding the number of directors and shows in subsequent years.
"Female Forward" joins NBC's diversity and inclusion initiatives that, under the leadership of Karen Horne (senior vice president, programming talent development and inclusion), have discovered and developed diverse onscreen and behind-the-scenes talent, including Jenny Hagel, Lil Rel Howery, Mindy Kaling, Sharat Raju and Alan Yang.
"I am confident that 'Female Forward' will follow in the tradition of our legacy talent pipeline programs that, over the past two decades, have made a significant impact on diversity in front and behind the camera," Horne said. "Our hope is that the impact of 'Female Forward' is felt past the director's chair and creates a ripple effect on other behind-the-camera roles where we're still struggling to see gender parity."
Among the eligibility requirements, "Female Forward" candidates should have directing experience in their respective fields, including, but not limited to, feature films, music videos, commercials, digital content and theater. An applicant can have no more than one scripted television directing credit to remain eligible.
The submissions requirements are:
For more information, visit NBCFemaleForward.com.
Categories
Entertainment Entertainment feature OYT