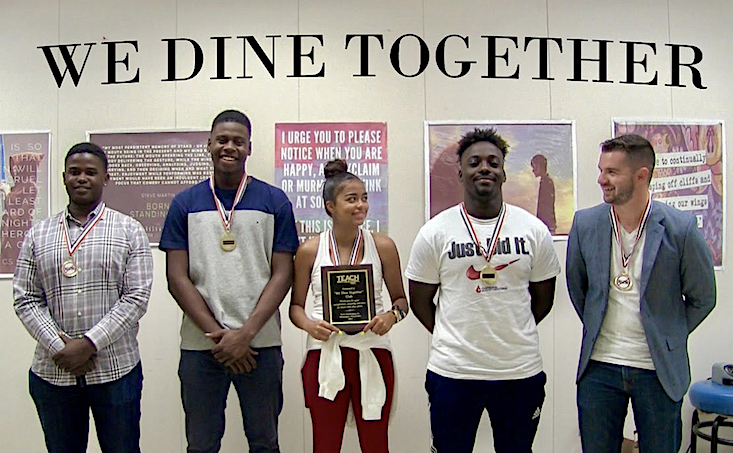 Niagara University graduate Jordan Hernandez, far right, is pictured with student-leaders of the We Dine Together club at Boca Raton Community High School. The club was featured by CNN and MassMutual as part of a campaign that highlighted positivity, courage and kindness.