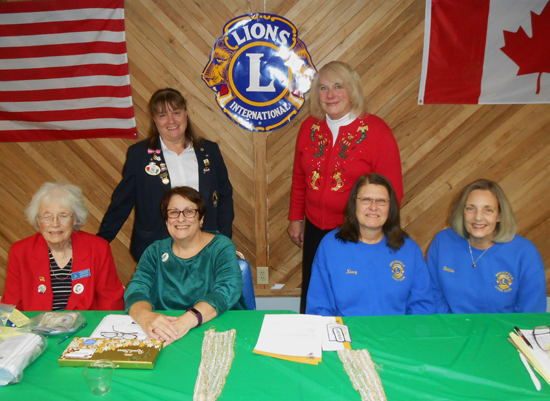 Fri, Jan 5th 2018 03:10 pm
On Dec. 7, as guests of the Wheatfield Lions Club annual Christmas party, the club had the privilege of having the 20 N. District Gov. Lion Sharon Battaglia who, along with addressing Lions concerns, gave an informative and heartfelt presentation on domestic violence awareness, and other senior Lion officials.
Lion Cory Pellegrino was admitted into the Wheatfield chapter by Lion Robert Shivley and was duly welcomed.
Receiving milestones and other honors for their many years of service was Wheatfield Lions Club President Lion Art Kroening, Lion and Past President William Ross, along with original charter member Lion Ralph DeVantier, who received a special commemorative coin in appreciation for his help in beginning the chapter back in 1973.
Also, not only is it the Lions Club International's 100th birthday, its also the 100th anniversary of woman having the right to vote approved by New York state, and to show gratitude and recognize the woman of this chapter, a special picture was taken.
Categories
Tribune Tribune feature