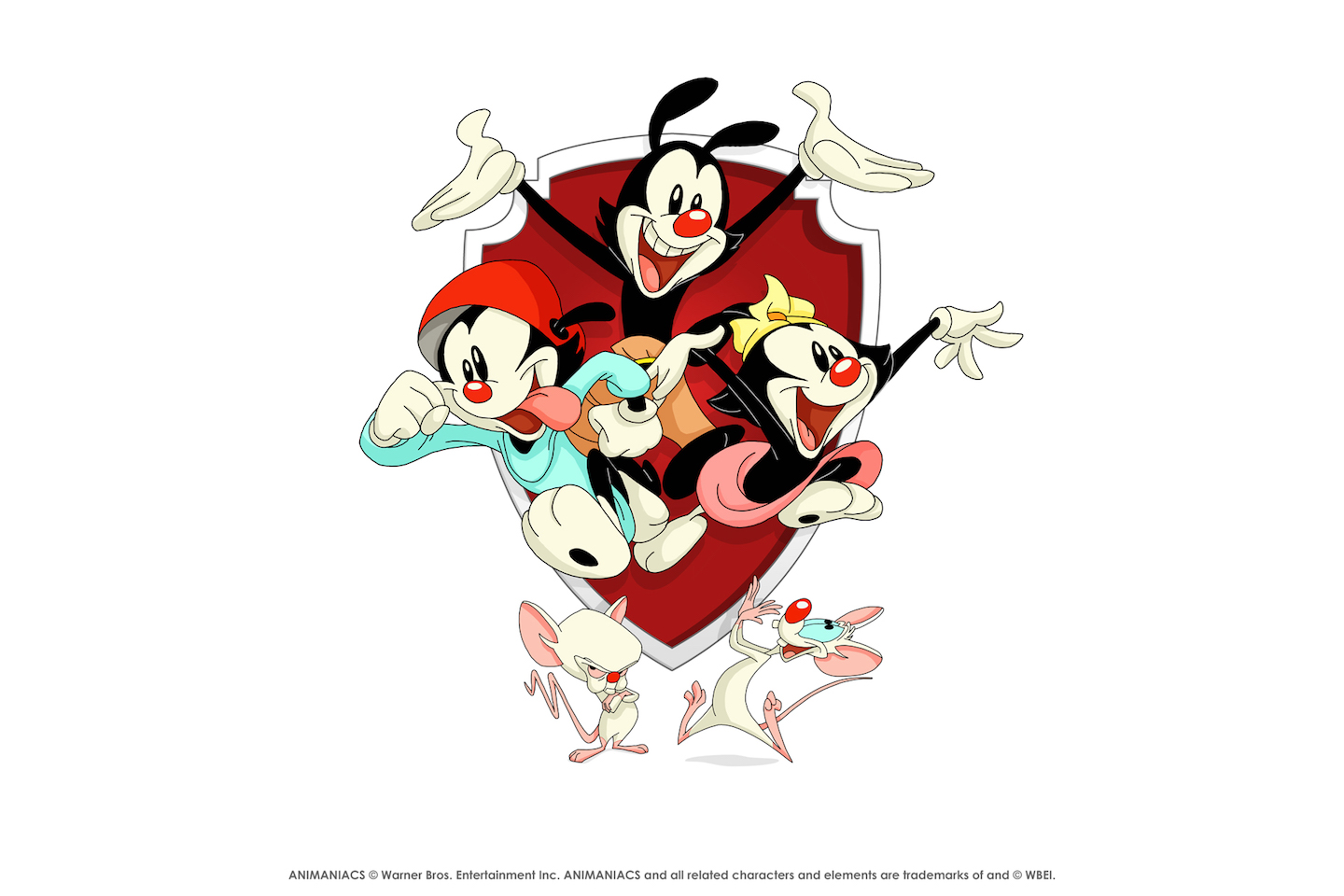 Thu, Jan 4th 2018 05:35 pm
Hulu, Amblin Television & Warner Bros. Animation team up to bring back 'Animaniacs'
Peabody and Emmy Award-winning hit cartoon set to return with Executive Producer Steven Spielberg as first Hulu Original series for families; landmark deal brings full 'Animaniacs' & 'Tiny Toons' libraries to Hulu
Hulu, Amblin Television and Warner Bros. Animation on Thursday announced a new deal to create and premiere a brand-new version of the iconic family-friendly cartoon franchise "Animaniacs." Under the two-season, straight-to-series order, Steven Spielberg will return as executive producer of the series, with Sam Register, president, Warner Bros. Animation and Warner Digital Series, and Amblin Television Co-Presidents Justin Falvey and Darryl Frank also serving as executive producers. The series marks the first Hulu Original made for families and, with the legacy of these beloved characters, is intended to provide a co-viewing opportunity and experience for families to enjoy together. New episodes are set to premiere on the premium streaming service in 2020.
The Warner brothers, Yakko and Wakko, and the Warner sister, Dot - three inseparable, irascible siblings - have a great time wreaking havoc and mayhem in the lives of everyone they meet. They have been locked away in the Warner Bros. water tower for a very long time, but they have found a way to escape. And escape they do - every day! Causing chaos and comic confusion, Yakko, Wakko and Dot run loose in the city, turning the world into their personal playground.
And fan-favorite characters Pinky and the Brain will also return to make appearances in each episode.
In addition to announcing the new series, Hulu and Warner Bros. Domestic Television Distribution also inked a new pact that makes Hulu the exclusive streaming home to the complete library of all 99 episodes of the original "Animaniacs," as well as Pinky and the Brain, the subsequent Pinky, Elmyra and the Brain, and the complete "Tiny Toon Adventures" collection. As of today, Hulu subscribers can watch, catch up and relive their favorite moments from the original series with the whole family.
"We cannot wait to work with Steven Spielberg and the entire Amblin and Warner Bros. teams to bring more sketches, catchphrases, songs and laughs from the 'Animaniacs' to kids and adults everywhere," said Craig Erwich, SVP of content, Hulu. "Now one of the most beloved, inventive and funny animated franchises in history, 'Animaniacs' and its cast of witty characters can live on, on Hulu. This marks yet another big move for us as we continue our efforts to be the No. 1 streaming destination for premium animated content."
"I am so pleased and proud that 'Animaniacs' will have a home at Hulu," Spielberg said. "Together with Warner Bros., we look to bring new audiences and longtime fans into this wild world of Yakko, Wakko, and Dot. I am also excited that the full library of 'Animaniacs' and 'Tiny Toon Adventures' episodes are included in the deal."
"Yakko, Wakko and Dot have been waiting impatiently inside the water tower, and now their hilarious brand of animated chaos will be unleashed - again! We're incredibly excited to be partnering with Amblin and Hulu for new episodes of 'Animaniacs,' filled with endless laughs - and ongoing plots for world domination by Pinky and the Brain," said Sam Register, president, Warner Bros. Animation and Warner Digital Series. "Parents who grew up with the cartoon now have new episodes to share with their own families."
The original "Animaniacs" made its television debut in 1993 and went on to become one of the most popular animated series for children. Since its premiere, the series has launched spin-offs and characters including Pinky and the Brain, and has set the record for most Daytime Emmy Awards in the field of Outstanding Achievement in Music Direction and Composition for any animated series, winning three times.
With its balance of humor, education and pop culture references, "Animaniacs" also garnered a large adult fan following. Award-winning songs including "Yakko's World" and "Wakko's America" continue to educate audiences and remain fan favorites among both adults and children, and the series continues to remain popular among online fanbases.
The new show will become the first Hulu Original series for families and will join the Hulu Kids library alongside full libraries of exclusive kids programming including "Teen Titans Go!," "Curious George," "The Powerpuff Girls," "Doozers," "Adventure Time," "Doc McStuffins" and "Teenage Mutant Ninja Turtles."
Categories
Entertainment Entertainment feature OYT Top Entertainment News