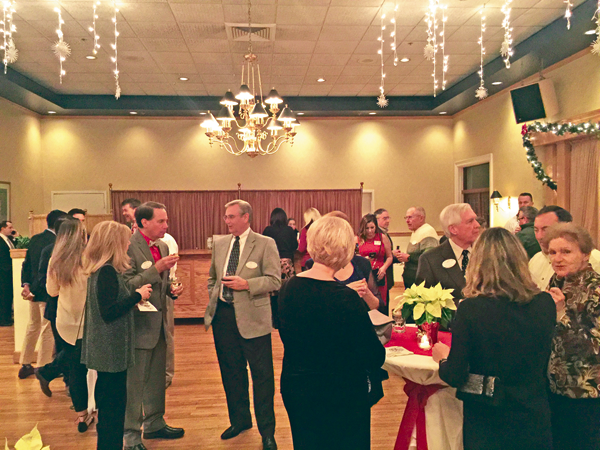 Sat, Dec 30th 2017 07:00 am
More than 120 people were in attendance as the Grand Island Chamber of Commerce held its annual holiday party on Dec. 14 at the Buffalo Launch Club.
In addition to the holiday festivities, Chamber of Commerce elections took place to choose officers and fill vacant seats on the board.
Officers elected to new terms are: President Eric Fiebelkorn, First Vice President Ben Bidell, Second Vice President C.J. Girard, Treasurer Rob Reisdorf and Secretary Dr. Sherry Bradford.
There also was a ceremony to honor board members who are retiring from the board after distinguished service. This year's honorees who are stepping down are Jim Sharpe, retiring after 25 years of service, and Liz Wilbert, Fahim Mojawalla, Kim Waldron and Matt Grimaldi.
Fiebelkorn said the party was "an upbeat event where the Chamber membership gets a chance to network and speak to the board candidates as well as the current board."
The Chamber of Commerce rotates the venue for its annual party among Island venues such as the Buffalo Launch Club, the Radisson and Ellden's. 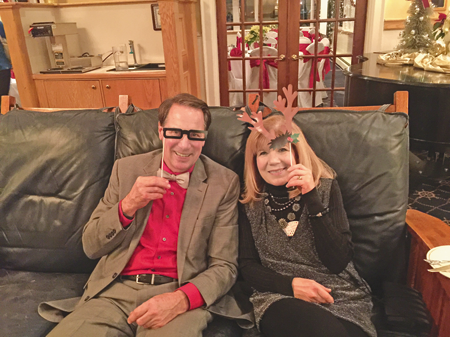 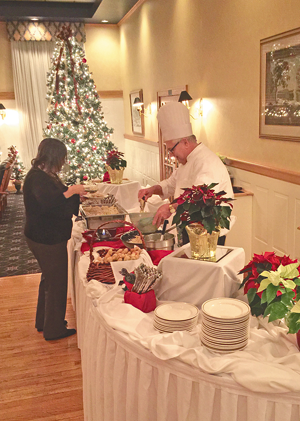 The buffet station at the Buffalo Launch Club was decorated in holiday style for the annual holiday party of the Grand Island Chamber of Commerce.
Categories
Dispatch Dispatch feature NFP