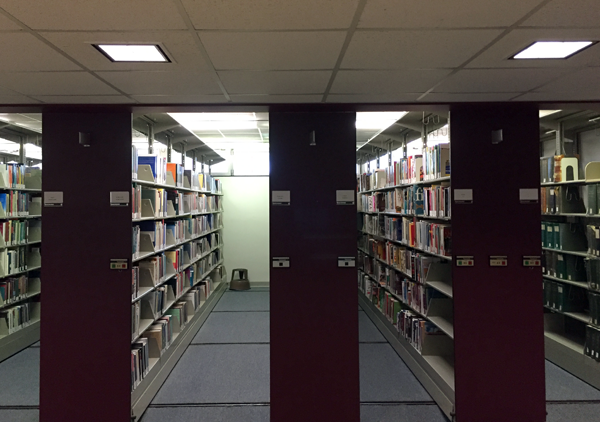 Sat, Dec 2nd 2017 09:40 pm
By Alexandria Goodsell
As the fall semester comes to a close, more students are finding their way to Niagara University's library.
This year, a newly rearranged basement awaits the school's studious minds. In this room, the sunlight streams through the windows and brightens everything in its path. Evenly spaced shelves stretch across one side of the room, leaving enough open space to browse. On the other side, dozens of busy students occupy the computers and desks.
The area was not always this inviting, though. In the past, more shelves were present and most of them were situated back-to-back. Not only did this setup prevent students from accessing the library catalogue, it also effectively blocked incoming light by obscuring some windows. Additionally, this design was incongruous with the more easily reachable shelves located on the second floor. During the summer months, library employees joined together to improve these conditions.
The Motives
What was the reason behind this decision? "The shelves were breaking down," explained technical assistant Kathy Urso.
Debbie Farrell, coordinator of the circulation department, agreed the shelves were old. Over time, the operational switch controlling the shelves had become faulty - often times, the shelves wouldn't move when activated. This dilemma couldn't be overcome by moving the shelves manually, as their large build and metal composition made it a dangerous affair. Instead, a special key had to be obtained from the library office to restore performance. Overall, moving shelves to retrieve books had become a chore.
Amassed texts were another cause of concern. Previously, Niagara University's library was home to a number of antiquated encyclopedias and books left untouched for decades. Many of these books were yellowed with frayed edges; others had become so fragile that the pages or binding would give out after a simple handling. Because these materials long ago reached their expiration date, they were traded in favor of more space.
The Process
The job of organizing the library started in July and completed in late August. The process started with discarding or donating old books. The books chosen to leave were those that seemingly provided no significance to the student population - those that had not been checked out in over a decade. Before being shipped off, each one of these books was saved in the library's system after their barcodes had been photocopied and scanned.
Removing a considerable amount of books naturally left gaps in the catalogue. Additionally, the shelves were altered to be filled 70 percent with books, though some were strategically left empty so that future entries could be added with ease. The amount present on shelves previously differed from this standard, with the percentage varying from shelf-to-shelf. As a result, more inconsistencies arose from the rearrangement.
For these reasons, misplaced books were shifted either up or down to help fill in the gaps. This involved carting books from shelf-to-shelf and placing them in order according to their call number. While the books were rearranged to be alphabetical, they were also rearranged to make the best use of a limited space while also creating a consumer-friendly experience. All rows and columns were made to be even with each other.
By this time, more than 10 of the shelves present were barren. Before they were dismantled, book ends and holders were removed from their racks and saved. The detached parts - which consisted of metal rods, wheels and dividers - were carried to a Dumpster that was subsequently brought to a recycling facility. The cleanup consisted of collecting the nuts and bolts that had fallen on the ground and straightening the books to create a more appealing appearance. The shelves, too, were sorted out so that the space between each was even.
Similarly, the basement's computer lab saw progress during this time, albeit on a smaller scale. This room formerly contained outdated computers with thick monitors and worn-out keyboards. Currently, students can use sleek desktops along with upgraded mouses and keyboards.
Other miscellaneous furniture on the floor has been upgraded, as well. Many of the chairs surrounding a large table had been deteriorated after frequent use; some featured broken arm rests while others had tears in the fabric that revealed cotton lining. Now, brand-new chairs sit in their place to make visitors more comfortable. Moreover, dry-erase markers and erasers for whiteboards are regularly renewed.
Students and Staff Reacts
Since the changes have been put into place, some staff members are appreciative of what their work accomplished.
"It's lighter. The shelves are more open," said Urso about her favorite changes. She continued, "Student workers can shelf-read better. It's made all of our jobs easier - there's no more running around."
Faculty members weren't the only ones to take notice. Urso said, "Students have noticed a difference. They're happier and can find books better." Recent studies can attest to these claims. One study suggested natural lighting decreases distraction in students and thus is best for maximum productivity and learning. Another study provides a link between daylight exposure and superior school performance.
From the response, the basement's redesign has proven to be a success. A once dark, crowded place has transformed into something more: A facility suited to the needs of a student. 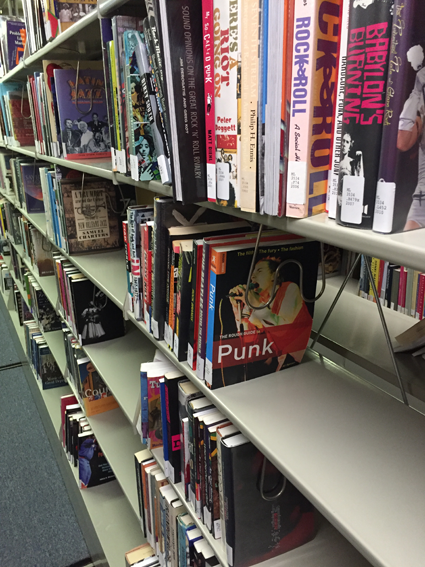 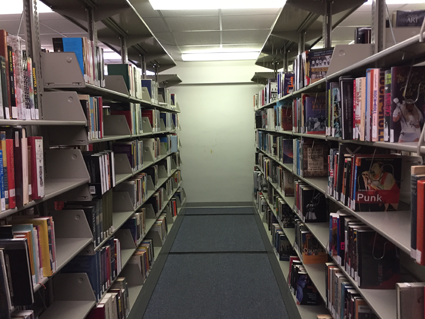 Future Plans
Given the positive response, the faculty hopes for more changes like this in the future.
David Schoen, director of the library, said he would like more computers. "We need a completely new library." However, he added the school is lacking in donations for such a cause.
Niagara University's library is located on 4 Varsity Drive and open sevent days a week. Visit its website for information on hours.
Categories
NUsUnlimited NUsUnlimited Side Story School