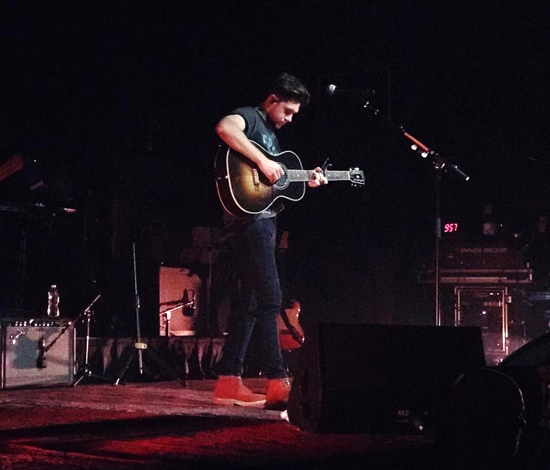 Fri, Dec 1st 2017 06:15 pm
By Sabrina Ragonese
New York City, a city that everyone knows and loves. To me it holds a special place in my heart.
On May 30, my life changed when I met Niall Horan. Traveling to New York City by bus and trying to meet him was something that I was used to, but I was never used to finally achieving what I wanted and after waiting outside of where Horan was staying I had finally accomplished this.
Almost 15 grueling hours of waiting outside for Horan to make an appearance at the end of the day, my friends and I ended up meeting him and taking pictures. It was something I will never forget and made me realize how great of a person he really is, and it is not just a bunch of words he is screaming out to the public to make a good name for himself.
Dec. 13, 2015, was a day in time that fandoms all around the world were dreading.
One Direction took the musical industry by storm in 2010 when they were put together as a group by Simon Cowell. The type of success that these boys achieved is a once in a lifetime opportunity. Non-stop touring for five years, countless interviews and TV performances can be a lot for performers and is bound to lead to a hiatus eventually. Fans were dreading this moment, rumors were being thrown around if it was true or not. Reality came and, on this day, One Direction performed together for the last time.
Going their separate ways, the nerves of performing as a solo artist quickly set in for all members, including Niall Horan.
Performing as a group of five for several years, then diminishing to a group of four, then going complete opposite directions into a solo career is nerve-wracking, but not for Horan. High expectations rose for each former member of One Direction as word soon got out of each of the boys' solo masterpieces were coming together.
'This Town' Comes to Life
On Sept. 29, 2016, Horan shocked the entire internet by releasing his very first solo work, titled "This Town." Then, on Oct. 26, he performed his debut single, "This Town," for the very first time on "The Ellen DeGeneres Show."
Although some people might see One Direction as a group of boys who did not know what they are doing and produced this so-called "bubblegum pop"-type of music, Horan's style and writing abilities were now wide open, not being tied down to the opinions of three other people. Having nothing but time on his hands, Horan decided to take the year and write his album, finish it, and give his fans something they had been desiring for nearly two years. 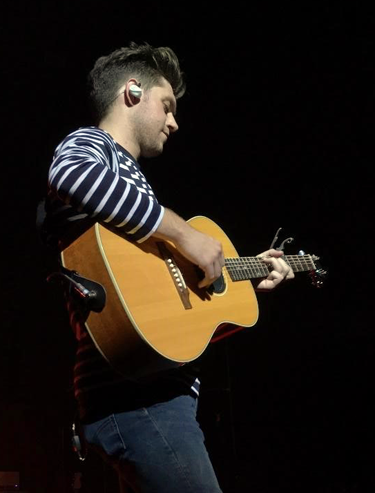 Horan's Second Single Drops
Along the way came Horan's second single, "Slow Hands," which was being performed at various radio stations and on television shows. He could not keep the fans waiting, though, and decided to perform at various summer-type events and TV shows such as "Today," "Jimmy Kimmel Live" and "The Tonight Show Starring Jimmy Fallon."
"Seeing Niall perform live, in the middle of New York City, doing what he loves, is something I cannot even begin to describe with words," fan Makenzie Reynolds said.
Being one of the first members of One Direction, apart from his bandmates Louis, Harry and Liam, who also have each produced solo music themselves, Horan took it up one step a notch and decided to announce his first ever solo tour in July of this year.
The first stop (Aug. 29) would be closest to his hometown, in Dublin, Ireland. Horan shocked the world once again and performed his first solo album in its entirety at the show, for the first time ever, and said, "I wanted the fans to be able to hear it for the first time before the album comes out, so they can learn the words and sing along with me."
Horan's solo debut album came out Oct. 20. By then, the songs had already been heard on his "Flicker Sessions 2017" tour, and fans all around the world knew the words by heart. They sung their hearts out when watching Horan perform.
Oct. 29 was Horan's second American performance on the "Flicker Sessions 2017" tour was in Philadelphia, at The Fillmore. It was not only a special day for fans waiting to see the show, but a remarkable one in Horan's career. On this day, "Flicker," Horan's first solo album ever written, went to No. 1 in the U.S. The energy at the show was something out of the ordinary: It was intense, passionate and exciting.
"The energy when he sang 'On My Own,' a song off 'Flicker,' was something I have never experienced. He was jumping around, letting us sing back the chorus to him, and his smile never left his face once during the show," fan Tiffany Nichole said.
The personality that Horan has is something remarkable, and completely mind-blowing. The part of the public that does not pay attention to music (and will probably scroll past this article on the internet) needs to understand one thing: Horan's solo career allowed him to express himself in a way he was not allowed to when in One Direction. Being able to write his own lyrics, perform his own songs - even swear in the songs he writes - was something fans were looking forward to.
Horan's third single, "Too Much Too Ask," delivered something fans were looking for. One Direction was all about clean music, with a few dirty jokes here and there when performing, but having a fanbase with many small children, they had to be careful. Horan's solo career broke those boundaries and, in this song, he proclaims, "Don't it feel f***** up/we're not in love." This line in Horan's single was a shock to fans, but, nonetheless, something everyone was dying to hear.
"Flicker," written by Horan and select members from his team, shook the nation. It featured hit singles "Slow Hands" and "This Town," along with album originals "On My Own," "Paper Houses" and "The Tide." 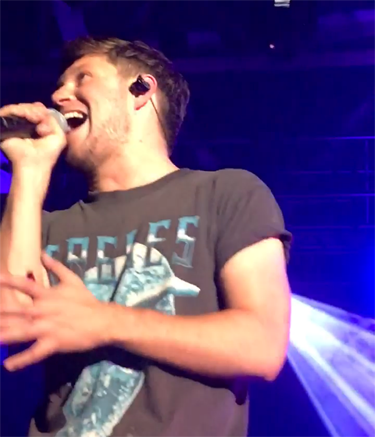 Niall Horan's take on country music
Having a folk-pop album, breaking the walls of pop and going into another genre was something new to Horan. Track No. 3 on the album, titled "Seeing Blind," featuring country star Maren Morris. The song offered another sound fans were not expecting, but of course loved.
With a hint of country music in the song, along with vocals from a country artist, Horan made the crossover into country and brought it to his solo album.
On Nov. 8, Horan and Morris performed their hit song on the Country Music Awards for the very first time. Reviews were outstanding, and everyone was overjoyed with the performance. Horan and Morris's duet of "Seeing Blind" was brilliant for those who are country fans, and to those who are Horan fans.
Although boy bands may be a thing of the past, which can be proven, One Direction did go on an everlasting hiatus, and who knows if they will come back. People tend to not look at the positive aspect of the band taking a break. Each of the boys being able to go their separate ways and let their voice be heard through their own style of music, with lyrics they wrote, is a gift to the fans. Readers everywhere should know one thing: Niall Horan is here to stay, and he is not leaving anytime soon.
Related
Categories
NUsUnlimited