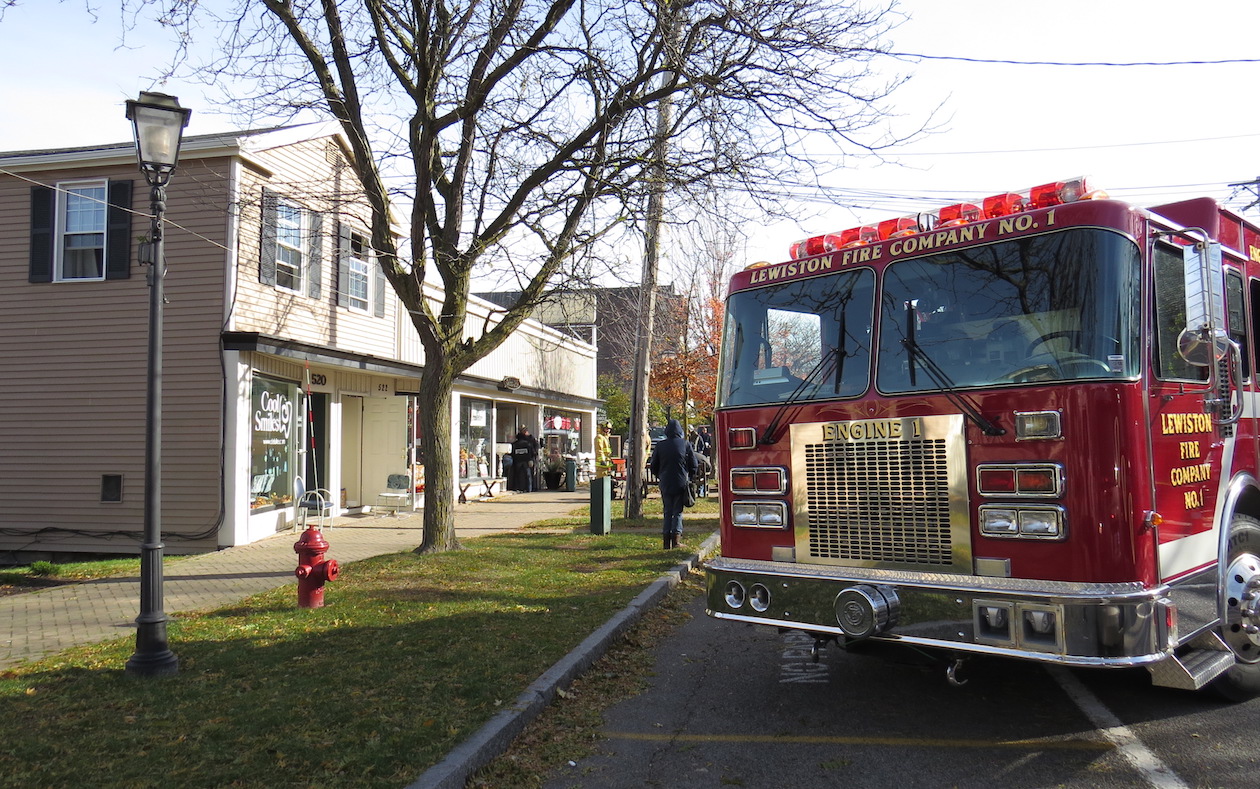 Fire crews onsite in the 500 block of Center Street in the Village of Lewiston.

Lewiston No. 1 quick to prevent loss on Center Street

by jmaloni
Sat, Nov 11th 2017 11:35 am
Lewiston No. 1 Volunteer Fire Co. firefighters and local first-responders were on site at the 500 block of Center Street before 10 a.m. Saturday, responding to a call of sparks, fraying and smoke coming from a basement electrical panel. The building's ground level is home to Cool Smiles (dental office of Dr. Anthony DeLuke), Chéri Amour, Salon Jule and Antique to Chic.
No injuries were reported, and nothing suspicious was revealed. The northbound Center Street lane in front of the building was closed while firefighters worked. It reopened after 11 a.m.
The stores were closed following the fire company's inspection and cleanup efforts. Some retail product stored in the basement was thought to be at risk of smoke damage. 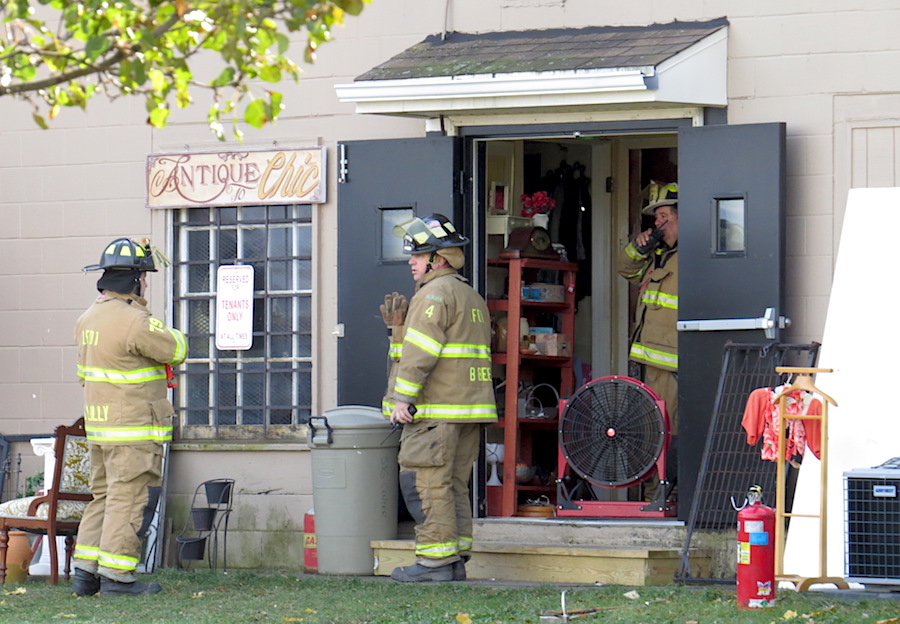 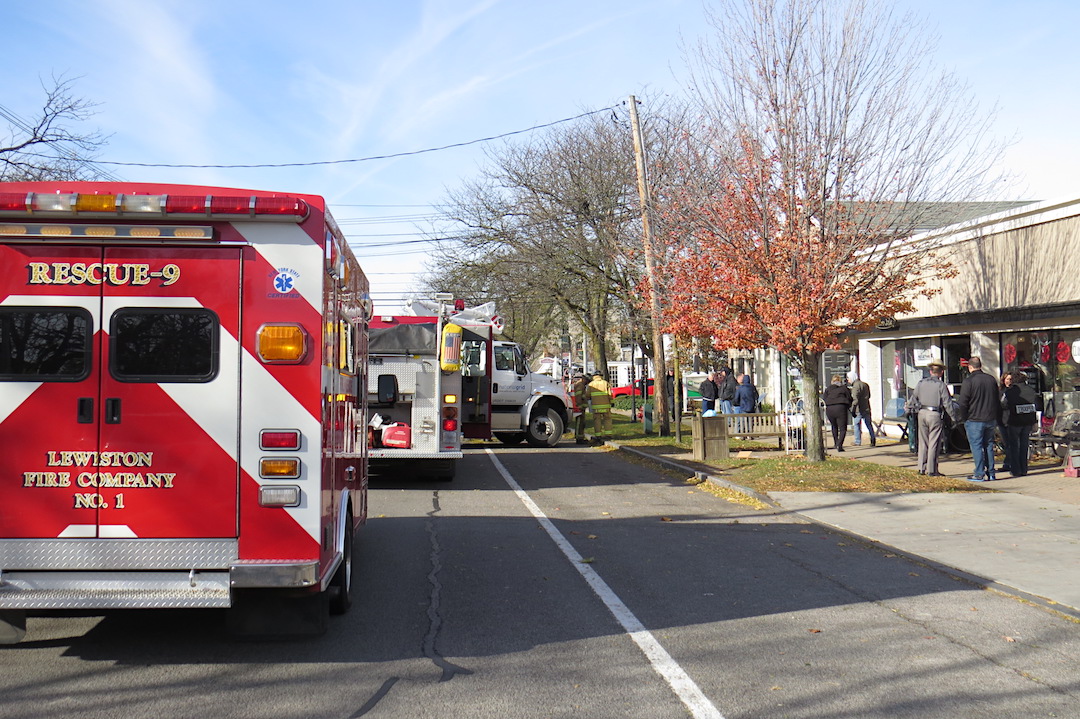 On Saturday afternoon, Fire Chief Les Myers stated the following via a press release:
"Lewiston No. 1 firefighters were busy Saturday morning with a structure fire and two EMS calls that put the entire fleet into service. An ambulance call went out at 9:39 a.m. and was immediately followed with a reported structure fire in a mixed business/residential property in the 500 block of Center St. While an EMS crew handled the first emergency, crews manned three engines and another ambulance for what turned out to be an electrical fire in the basement of the structure."
Myers "arrived to a small amount of smoke in one of the businesses and directed crews to the basement. Firefighters encountered smoke as they descended into the basement and found the electrical panels and the wood supporting them in flames. A dry chemical fire extinguisher was used to squelch the flames until the arrival of National Grid to cut power to the building. All the businesses were evacuated and ventilated to remove the foul-smelling smoke.
"Fire inspectors from the Town of Lewiston and the Niagara County Fire Investigation unit responded and determined that it was electrical in nature and no foul play was suspected.
"Firefighters were assisted on scene by New York State Police, Lewiston Police and Village of Lewiston Department of Public Works. Electricians were on scene within an hour making repairs to the electrical system so the businesses could reopen.
"Crews were just finishing the cleanup and putting the equipment back into service when another EMS was dispatched and handled."
Categories
Home feature NFP Sentinel Sentinel HP Feature Picture