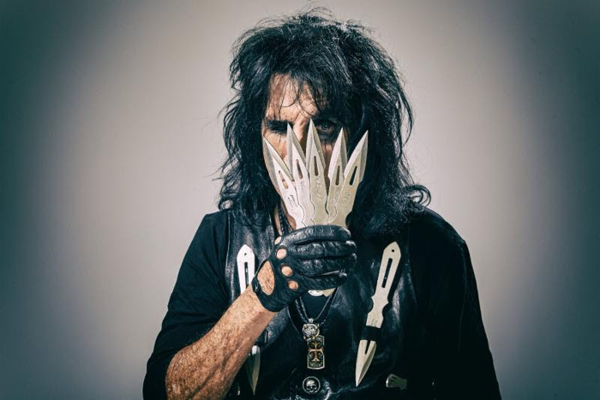 Thu, Nov 9th 2017 04:25 pm
New album, 'Paranormal,' out now; spring 2018 tour launches in March
Alice Cooper's catalog is rich with hits and anthems that have become definitive of a generation, among them "School's Out," "Elected," No More Mr. Nice Guy," "I'm Eighteen," "Only Women Bleed," "You And Me," "I Never Cry," "How You Gonna See Me Now" and "Poison." Due to this illustrious history and legacy, Cooper has been nominated for induction in the Songwriters Hall of Fame's prestigious "Performing Songwriter" category.
Listen to the "This is Alice Cooper" Playlist on Spotify HERE.
Many of Cooper's songs have been covered worldwide by other artists, everyone from Etta James, Elkie Brooks, Tina Turner and Julie Covington to Anthrax, Joan Jett, Def Leppard and Megadeth.
The Songwriters Hall of Fame is dedicated to recognizing the work and lives of those composers and lyricists who create music around the world. To qualify for induction, a songwriter must be a published writer for a minimum of 20 years with a notable catalog of hit songs. Inductees will be feted at the organization's annual induction and awards gala on June 14, 2018, in New York City.
Cooper released his 27th album, "Paranormal," this past July via earMUSIC. Listen on Spotify HERE.
"Paranormal" features special guests such as U2's Larry Mullen Jr., who plays on nine of the 12 new songs; Billy Gibbons of ZZ Top and Deep Purple's Roger Glover; as well as a long-anticipated mini-reunion of the original Alice Cooper band members on several songs.
Additionally, Cooper, who is currently wrapping up a seven-month world tour in Europe, running from Nov. 8 through Dec. 7, will be back on the road in 2018 for a North American trek, dubbed "A Paranormal Evening With Alice Cooper." The tour kicks off on March 1 in Windsor, Ontario, Canada, and runs through March 29 in Indianapolis.
Alice Cooper on tour (Local dates):
Categories
Entertainment Entertainment feature