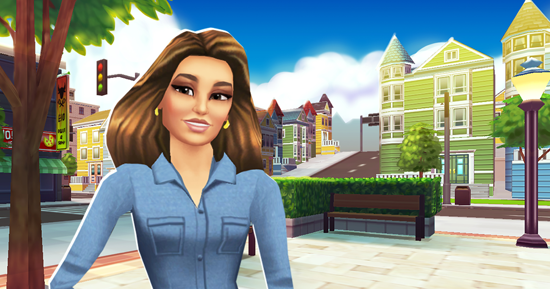 Mon, Nov 6th 2017 12:05 pm
Canadian country music icon to appear as a special guest character in "Home Street" mobile game
London-based gaming company Supersolid, in partnership with Universal Music Group Nashville (UMGN), has announced global music icon and five time Grammy Award-winning artist Shania Twain will feature exclusively within "Home Street," a free mobile game, as an in-game character throughout the month of November. Twain is the first guest character to appear across their gaming franchises.
Supersolid's partnership with UMGN and Twain coincides with the launch of her new studio album, "Now," which topped the album charts in the U.S., Canada, U.K. and Australia on release earlier last month, and in preparation for her upcoming global live. Twain has sold more than 90 million albums worldwide and has been recognized around the world for her monumental career success.
Starting today, Twain's presence in the new game will allow her to engage virtually with fans and players in a way that she has never done before. Her in-game character will lead players through stories, two music videos from "Now," will play on a special billboard within the game. Players will be able to purchase exclusive Shania outfit items and an interactive guitar for their own characters to use in-game within "Home Street." During November, Twain will also participate in a special in-game Q&A where players can submit questions for her to answer.
Mobile games now occupy a significant and growing space in the world of entertainment, with revenue higher than Hollywood's global box office since 2016. "Home Street" is Supersolid's anticipated and ambitious new home decoration and character simulation game. It launched worldwide on Apple and Android mobile phones last month and has already reached almost 4 million downloads in less than four weeks.
An experienced team from EA, Playfish and other leading studios that have created dozens of award-winning mobile and social games together created Supersolid's "Home Street. "Under development for two years, "Home Street" offers a new take on home decoration and life simulation games. Players are able to express their creativity by creating their own character and designing their dream home down to the last detail. Players can look forward to character-led stories, the ability to build relationships with friends in game, and collaborative and competitive features with real-time chat.
Supersolid CEO Ed Chin said, "Shania Twain is an incredibly exciting guest star to launch our first partnership with. Her long list of awards and achievements reflect her extraordinary success and popularity across all countries and cultures globally. We are sure this will only continue to grow with her brilliant new album 'Now' and are delighted to have her as a part of our 'Home Street' community."
Categories
Entertainment Top Entertainment News