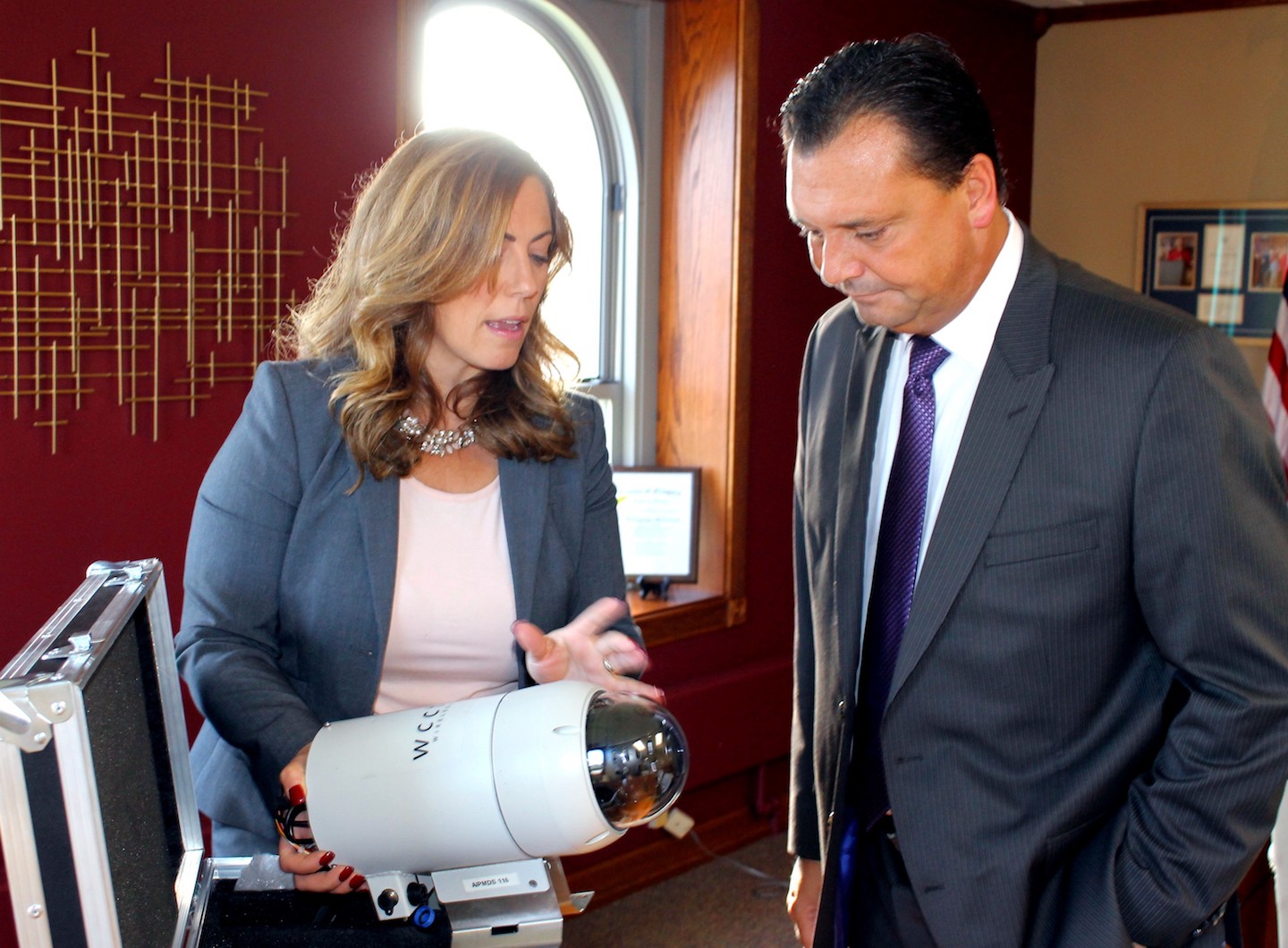 Tue, Oct 10th 2017 06:00 pm
New position, tools come in response to new FBI crime statistics
By Christian W. Peck
Niagara County Public Information Officer
Criminals should take their illicit business elsewhere, the majority leader of the Niagara County Legislature said today after a series of meetings with Niagara County's district attorney prompted by new crime statistics and increased concerns about public safety.
This includes the rollout of cutting-edge technology and the creation of a new crime analyst position under Sheriff James R. Voutour that will focus on the portions of Niagara County outside the City of Niagara Falls.
Majority Leader Randy R. Bradt, R-North Tonawanda, said county government would take new measures, relying heavily on technology, to increase community security after new FBI crime statistics suggested a possible uptick.
The statistics, compiled from data reported to the FBI by local law enforcement agencies, suggest violent crime in Niagara County may have increased as much as 9 percent, with the cities of North Tonawanda, Lockport and Niagara Falls, as well as rural communities serviced by the Niagara County Sheriff's Office all showing a possible uptick in violent crime.
The statistics do not represent long-term trends, and can vary significantly year-to-year.
"Niagara County remains a safe, wonderful community to raise a family, but statistics like this mean that local government should act to prevent this from becoming a trend," Bradt said after meeting with District Attorney Caroline A. Wojtaszek on Friday. "We're bringing new resources to bear immediately in that fight."
First and foremost, Bradt said, would be the deployment of four new security cameras at key locations in North Tonawanda, which saw a spike in reported crimes. Two of the cameras were purchased with asset forfeiture money secured by Wojtaszek's office. The two additional cameras will be purchased with unexpended reserve funds in the 2017 budget, Bradt announced.
"Cameras reduce crime," Bradt said. "They are a deterrent, and a powerful tool in righting wrongs. As majority leader, I am securing additional funding from the county's unexpended 2017 funds to double the number of cameras that were already set for deployment in North Tonawanda.
The deployment of the high-definition video cameras is being coupled with the hiring of a full-time crime analyst under the Niagara County Sheriff's Office, Wojtaszek said. Bradt announced he has secured enough votes in his caucus to fund creation of the new post.
"The collection and analysis of data is the forefront of crimefighting in the 21st century," Wojtaszek said. "If we know how criminals act, where crime occurs, when it occurs, we can do more to stop it, and we can make sure our resources - that is to say, police and sheriff's deputies and investigators - are ready to respond quickly to protect our residents."
"Criminals need to know that Niagara County is not an easy place for them to operate, and will be even less so," she added.
Voutour said he looks forward to staffing the civilian position with a qualified individual quickly, and, based on Bradt's assurances of support to funding the position, will be working closely with Wojtaszek to identify an optimal hire.
"Putting experts to work analyzing criminal activity so we can preemptively interdict crime is a vital goal of our county's police agencies, including the Niagara County Sheriff's Office," Voutour said. "We will hire an experienced, capable individual with the right background, and put them to work using tools that work to target and reduce crime."
The crime analyst position is similar to one filled last month at the Niagara Intelligence and Crime Analysis Center located in Niagara Falls - a personnel move pushed by the DA. The new crime analyst will work in tandem with his or her NICAC counterpart, but will concentrate efforts on the portions of Niagara County outside its largest city. NICAC is funded by the Department of Criminal Justice Services.
"Staffing this position is a top goal for the sheriff and the DA, and my colleagues in the legislature will fund this position, because keeping our residents safe has always been a top priority of this government," Bradt said, predicting the entire majority caucus would vote to fund the job. "We won't tolerate an increase in criminal activity."
Bradt and Wojtaszek also are planning an aggressive effort to canvas North Tonawanda businesses to join the district attorney's "Operation Safe Cam," which allows private security camera owners to join a registry so that police agencies can seek out their footage in response to criminal activity in their neighborhoods.
That recruiting effort is slated for the morning of Saturday, Oct. 21, with Bradt, Wojtaszek and others going door-to-door in North Tonawanda's business district.
Categories
Home feature NFP Top Around WNY Feature
comments powered by Disqus