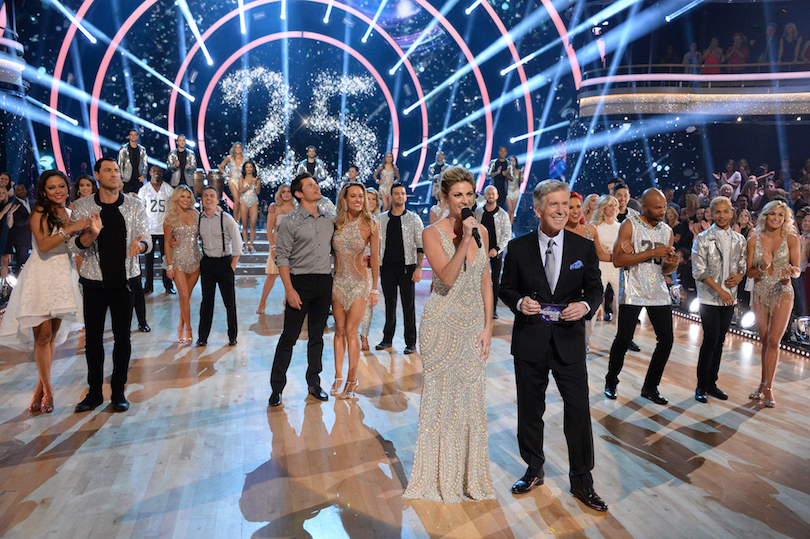 "Dancing with the Stars" is back with a new, dynamic cast of celebrities who are ready to hit the ballroom floor and celebrate the show's landmark 25th season. (ABC photo by Eric McCandless)

ABC's 'Dancing with the Stars' returns for milestone 25th season

Tue, Sep 19th 2017 01:05 pm
"Dancing with the Stars" is back with a new, dynamic cast of celebrities who hit the ballroom floor and celebrated the show's landmark 25th season on Monday. The competition began with the two-hour season premiere, live, on The ABC Television Network. It kicked off with an opening number featuring head judge Len Goodman and the entire cast of "Dancing with the Stars," choreographed by the show's own Emmy-winning Mandy Moore.
This season's lineup of celebrity dancers includes a "Shark," a married couple whose pro partners are also a married couple, a "Pretty Little Liar," a "Property Brother," an '80s pop icon, a WWE superstar, an NBA champion and a YouTube super-superstar, to name just a few. Each couple will perform a salsa, foxtrot, tango or cha cha, vying for America's vote.
In the season premiere, the couples danced to the following songs (in alphabetical order):
No couples will be eliminated following week one. They will all advance to week two of the competition.
Hosted by two-time Emmy-winning host Tom Bergeron and Erin Andrews, "Dancing with the Stars" is the hit series in which celebrities perform choreographed dance routines that are judged by a panel of renowned ballroom experts, including Goodman and dancers/choreographers Bruno Tonioli and Carrie Ann Inaba.
Categories
Entertainment OYT