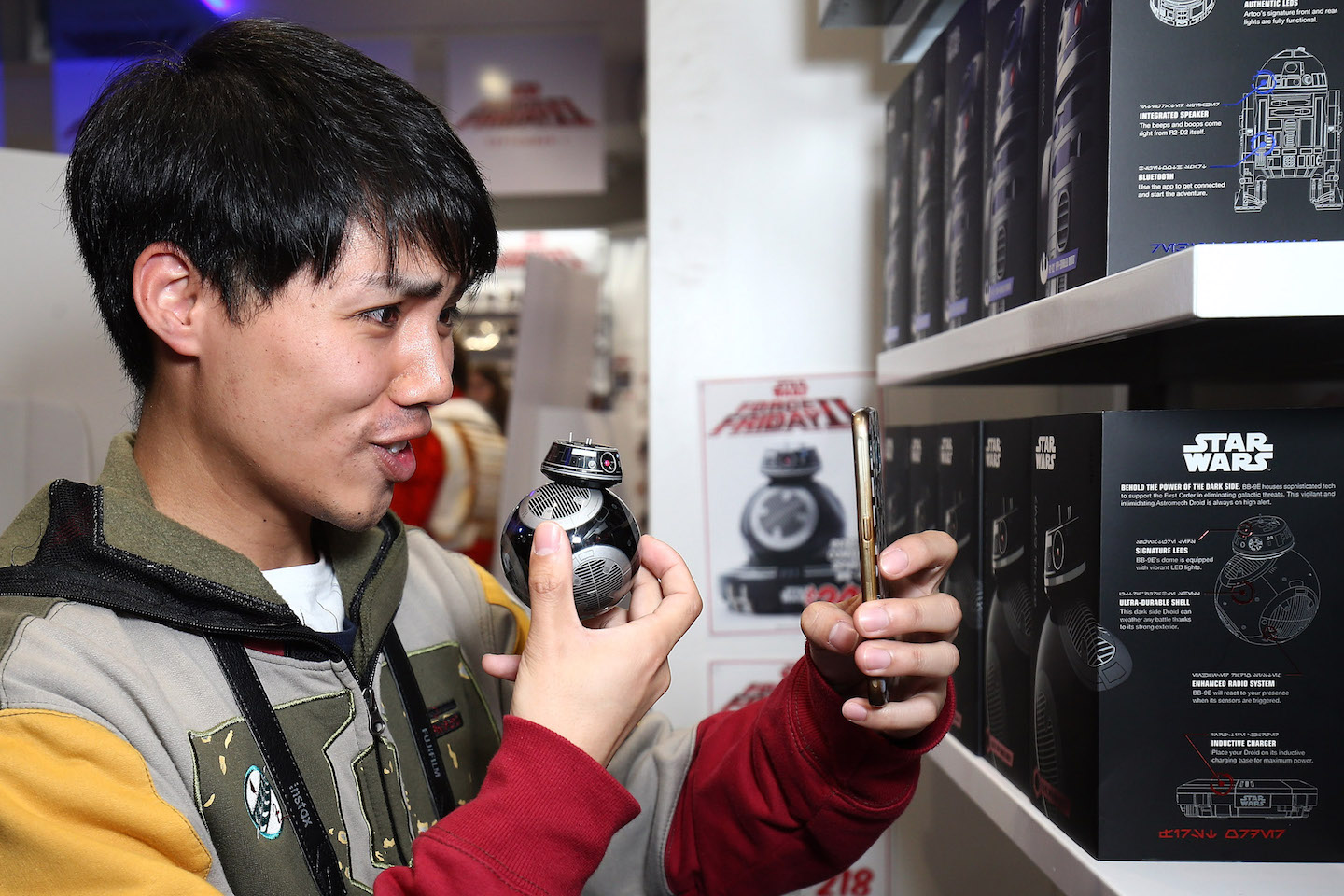 Dennis Wong holding the Sphero BB-9E. He was among the very first fans to meet the new Star Wars: The Last Jedi character BB-9E at midnight retail events in Sydney, Australia as Force Friday II gets underway around the world in celebration of the launch of the new product line for Star Wars: The Last Jedi. BB-9E is one of the dark, gleaming BB astromech units of the First Order featured in the upcoming theatrical release, as well as through the range of new products launching globally today.