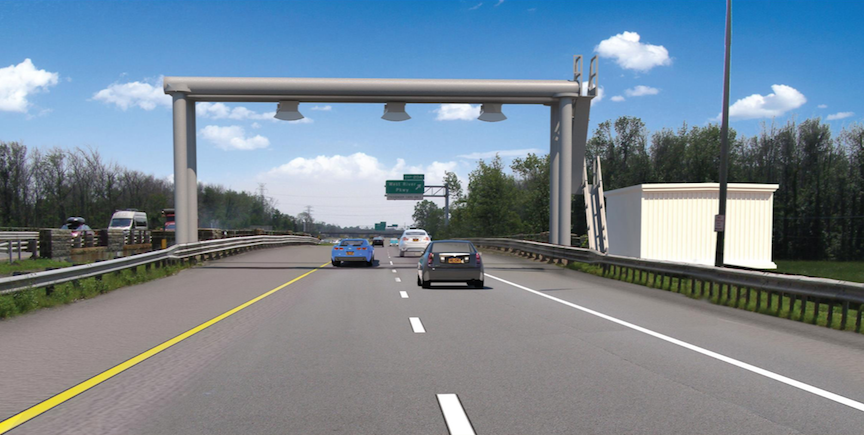 Pictured is an artist's rendering of the cashless toll system set to debut next year.

Tue, Aug 22nd 2017 01:40 pm
Unveils design for new Western New York Welcome Center to be completed August of 2018 - 'Gateway to the Region's Sites and Attractions'
Approximately 65,000 motorists who travel through toll barriers each day will benefit from ease of cashless tolling
Grand Island resident discount plan will not be affected by switch to cashless tolling
Gov. Andrew M. Cuomo on Tuesday announced high-speed, open-road, cashless tolling will begin at the Grand Island toll barriers in March of 2018. The transition to cashless tolling will not affect the Grand Island resident discount program and is designed to reduce congestion, improve safety and reduce air pollution.
As part of the transition to a more convenient and cost-effective way to travel New York's roadways, the governor is encouraging all commuters to sign up for an E-ZPass and save on tolls across the state, including a 5 percent discount along the entire 570-mile New York State Thruway.
SEE ADDITIONAL RENDERINGS (PDF)
The governor also unveiled the design and renderings of the Western New York Welcome Center, which will be located at Alvin Road on Grand Island adjacent to I-190, to support the state's booming tourism industry by promoting local attractions, foods, craft beverages and other destinations throughout the region. The new welcome center is expected to be completed by August of 2018. 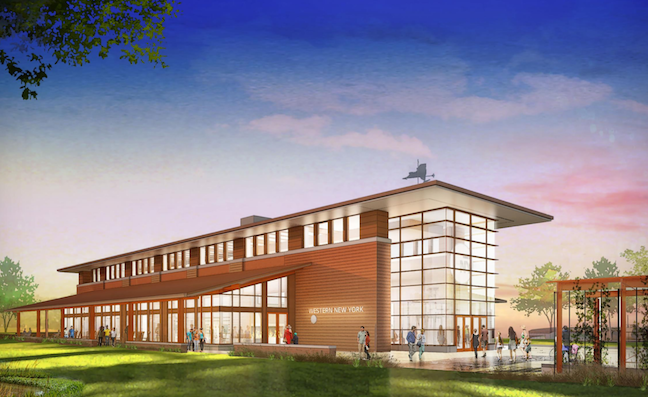