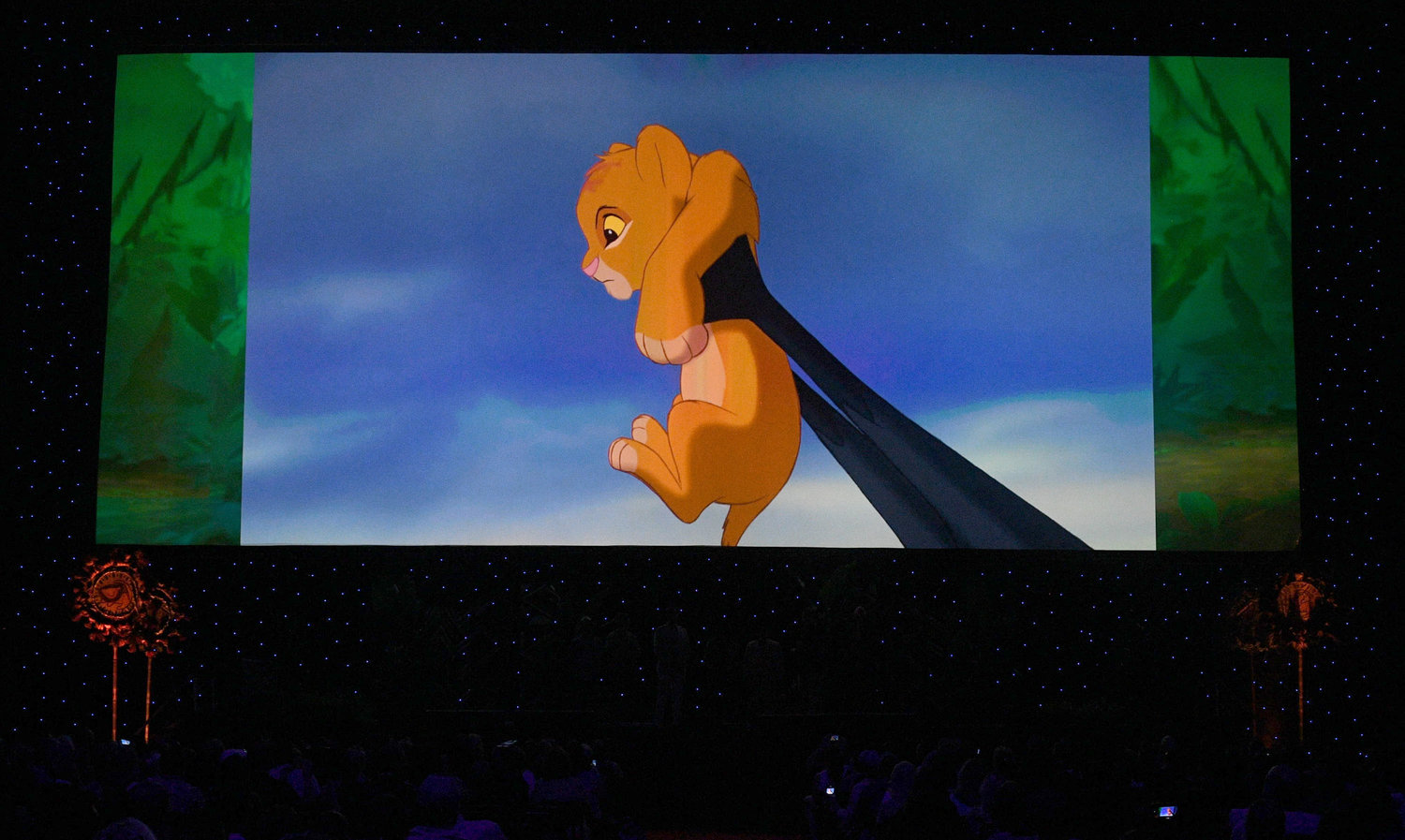 "The Lion King" made an appearance over the weekend at the D23 Expo. (Disney photo)

Tue, Jul 18th 2017 09:55 am
On digital Aug. 15 & on Blu-ray Aug. 29
New bonus, including never-before-seen recording sessions, song selections
It was announced over the weekend at D23 Expo that in August, one of the biggest animated films in history - "The Lion King" - joins the highly celebrated Walt Disney Signature Collection. The coming-of-age masterpiece, filled with humor and heart, breathtaking animation and soul-stirring Academy Award-winning music (1994: Best Original Score and Best Original Song, "Can You Feel the Love Tonight"), arrives on Digital on Aug. 15 and on Blu-ray and DVD on Aug. 29.
Audiences will fall in love all over again with the treasured classic, and a new generation of fans will laugh with Timon and Pumbaa, cry with Simba and Mufasa, burst into song, and find their place in the "Circle of Life." The Walt Disney Signature Collection release includes over three hours of classic bonus material and exclusive, brand-new features inviting viewers to sing along with the film's award-winning music, observe recording sessions, step inside the story room, witness the evolution of a villain, and join Nathan Lane (voice of Timon) and Matthew Broderick (voice of Adult Simba) for an extended conversation regarding the legacy of "The Lion King."
"The Lion King" follows the adventures of Simba, a feisty lion cub who cannot wait to be king, as he searches for his destiny in the great "Circle of Life." The film earned a Golden Globe for Best Motion Picture - Comedy or Musical and inspired a Tony Award-winning Broadway musical that is currently the third longest-running musical in Broadway history. In 2019, a reimagined live-action film, helmed by Jon Favreau, will delight audiences with the retelling of the original tale utilizing groundbreaking technological advances.
"The Lion King" is the fifth title to join the Walt Disney Signature Collection, which includes groundbreaking films created or inspired by the imagination and legacy of Walt Disney, featuring timeless stories and characters that have touched generations. It takes its place alongside "Snow White and the Seven Dwarfs," "Beauty and the Beast," "Pinocchio" and "Bambi."
Categories
Entertainment Entertainment feature OYT