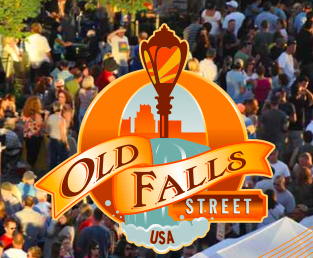 Mon, Jul 17th 2017 03:40 pm
Spectra Venue Management, the company that manages The Conference & Event Center Niagara Falls and Old Falls Street, USA, has hired new directors and managers, while several key members of the current management staff have been promoted to new positions.
The new directors and managers inside the CCNF include John Sullivan, director of operations; Mike Carter, operations manager; Corey Buck, banquet manager; Sarah Larkin, event manager; and Deana Lawson, kitchen manager. Outside the building, Tony Maggiotto was named as Old Falls Street's new director of events, and Kim Sperring was named event manager.
A seven-year veteran of the CCNF, Sullivan was previously the venue's operations manager. In his director position, he is responsible for all services and activities involved in the maintenance, inspections and operation of the building, including HVAC, electrical, mechanical and plumbing. Sullivan previously worked in management positions at the Swiss Chalet and was a sales merchandiser for Pepsi.
Carter has worked within the CCNF's operations department since 2009. In his new management role, he supports Sullivan and oversees all part-time and full-time operations staff. A member of the AFLCIO Local 10 and 121, he holds a bachelor's degree from Medaille College.
As banquet manager, Buck oversees food services and service staff for all meals at the CCNF. Prior to this position, he held banquet manager positions at the Seneca Niagara Resort & Casino, Hyatt Regency Buffalo Hotel and Conference Center, and Adams Mark Hotel. Buck holds a culinary arts degree from Loguidace Educational Institute in Fredonia, and has studied at Johnson and Wales University, in Charleston, South Carolina.
Larkin has worked for the Spectra management team for just over a year. She comes to the CCNF from Canalside Buffalo, where she was also an event manager. At the CCNF, she is responsible for effectively managing events from conception to completion, while acting as a full-service liaison between various clients and all CCNF staff members. Prior to her time with Spectra, she held various positions at M&T Bank, and was an event coordinator with Specialty Restaurant Corp. in Buffalo. She holds a Bachelor of Science degree in sport management from SUNY at Cortland.
Lawson has been part of the CCNF culinary staff since 2015. In her new role, she is responsible for inventory procedures and managing part-time staff, as well as preparing food and displays for various events. Prior to working at the CCNF, she worked in various Niagara Falls venues, including Legends Bar & Grill, Sheraton At The Falls, Four Points Sheraton, Holiday Inn and Red Coach Inn.
In his new role, Maggiotto directs all events and activities on Old Falls Street, USA. He comes to the position after serving as the interim director of Buffalo's Elmwood Village Association, and as a business adviser for the Small Business Development Center at Buffalo State College, where he was also an adjunct professor. An avid entrepreneur, he is the partner and co-founder of MyBuffaloWeb Marketing Inc., and is also the owner of CityLove Clothing Co. He earned a Bachelor of Arts degree from Canisius College, and a Master of Arts degree in urban planning from the University at Buffalo.
Supporting Maggiotto in his new role is Kim Sperring, who was named to her Old Falls Street event management position in 2016. She is the point person for all Old Falls Street events, while working with various vendors, third-party planners, etc. She oversees all part-time staff, while planning and supporting all weekly activities and special events. Sperring previously worked in various roles at Hilbert College, including admissions counselor and interim assistant director of the office of residence life and judicial affairs. She holds a Bachelor of Science degree from SUNY at Buffalo, and a Master of Science degree from Canisius College.
Categories
Business NFP Top News Features