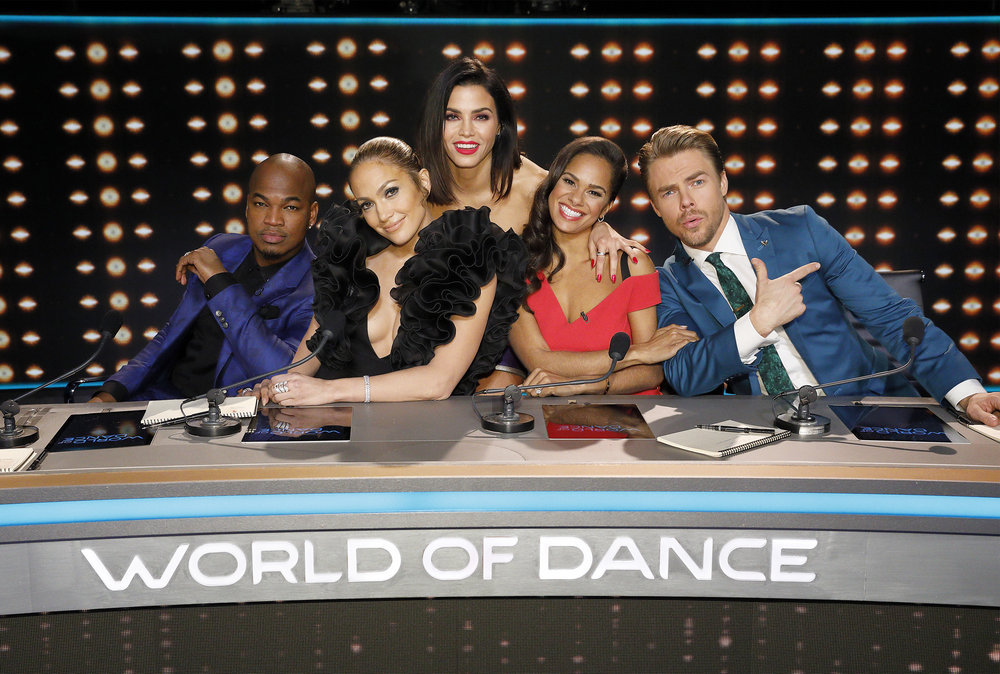 Thu, Jun 22nd 2017 10:00 am
Copeland joins high-rated new dance competition series July 18, 25 for round 3 of competition, 'The Cut,' along with judges Jennifer Lopez, Derek Hough and NE-YO
Ballet dancer extraordinaire Misty Copeland, the first African-American principal ballerina in the history of American Ballet Theatre, will be a guest judge on the July 18 and 25 episodes of NBC's new, high-rated competition series "World of Dance."
Copeland will join for round three of the competition, "The Cut," where the competitors face the deepest and most intense cut of the season. More than half of the acts will be sent home, and only the top two acts from each division will move on to the division final.
"When judging the best of the best, we knew we needed an all-star guest judge with passion and credibility to mentor these incredible dancers," said judge/executive producer Jennifer Lopez. "Misty Copeland is at the top of her game and we are so honored that she was able to lend her expertise and experience to the 'World of Dance' stage."
"World of Dance" gives dancers the platform to showcase their talents and compete for a life-altering grand prize of $1 million, led by a judging team of dance superstars — Lopez, Derek Hough, NE-YO and host/mentor Jenna Dewan Tatum.
In its first three weeks, "World of Dance" has averaged a 2.1 rating in adults 18-49 and 8.7 million viewers overall in "live plus same day" results from Nielsen Media Research, making it the No. 2 entertainment series of the summer to date in 18-49 and total viewers, behind only NBC's "America's Got Talent." In 18-49, it's the highest-rated first-year summer series through its first three weeks since 2013 and CBS' "Under the Dome," and in total viewers, it's the most-watched first-year summer alternative series at this point in nine years.
Copeland joined ABT's studio company in 2000, joined ABT as a member of the corps de ballet in 2001. In 2007, she became the company's second African-American female soloist and the first in two decades. In 2015, she was promoted to principal dancer, making her the first African-American woman to ever be promoted to the position in the company's 75-year history. That same year, she made her Broadway debut co-starring in the critically acclaimed musical "On the Town."
In 2014, Copeland debuted in the lead character of Clara in ABT's production of "The Nutcracker." Later that year she made history as the first African-American woman to perform the lead role of Odette/Odile in ABT's "Swan Lake" during the company's inaugural tour to Australia. Copeland reprised the role during ABT's Metropolitan Opera House spring season in 2015, as well as debuted as Juliet in "Romeo & Juliet."
Copeland is the author of 2014 New York Times bestselling memoir "Life in Motion," co-written with award-winning journalist and author Charisse Jones. Her new book, "Ballerina Body," also a New York Times bestseller, was published this year.
In partnership with pre-eminent global dance brand World of Dance, this series brings the world's elite dancers together to compete in epic battles of artistry, precision and athleticism. Solo dancers will compete against duos and crews in an unlimited range of dance, including hip-hop, popping, locking, tap, ballet, break dancing, ballroom, stomping and more.
The competition consists of five rounds. In the first four rounds, dancers only compete within their division, but in the world final the winner from each division will compete against each other for the $1 million grand prize.
Categories
Entertainment Entertainment feature Top Entertainment News