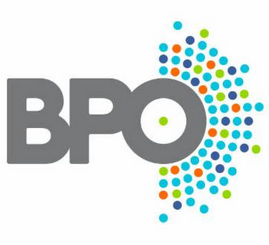 Tue, May 16th 2017 10:15 am
The Buffalo Philharmonic Orchestra's summer schedule features the traditional Independence Eve performance after the Bisons game at Coca-Cola Field; a trip to the Ellicottville Music Festival; a celebration of "Canada 150" at Canalside with Strictly Hip; performances with Shakespeare in Delaware Park and at Artpark; visits to many parts of Buffalo and Western New York for free outdoor concerts; and the grand re-opening of the Richardson Olmsted Campus, with a light show projected on the Richardson Towers.
On June 30, the BPO celebrates Canada Day Eve and "Canada 150" with a brand-new show featuring Strictly Hip, Western New York's tribute band to The Tragically Hip. Canadian conductor Bradley Thachuk has been working with both Strictly Hip and The Tragically Hip to arrange the band's music for orchestra and rock band.
The event takes place at Canalside in Buffalo at 8 p.m. and is presented by Consulate General of Canada and Labatt USA. Admission to Canalside is $5.
No author has inspired more classical music than William Shakespeare. Centuries after his death, the themes explored in his plays continue to resonate with audiences. On July 18, the BPO joins forces with the company of Shakespeare in Delaware Park to present an evening of music and theater, featuring "Macbeth," "The Tempest," "Romeo and Juliet" and more. The free concert takes place on the recently renovated Shakespeare in Delaware Park stage and begins at 7 p.m.
Gurney Becker and Bourne and Brian Parisi Copier Systems are sponsors of this concert.
From "Wicked" to "The Lion King," the past 20 years have brought dozens of Broadway shows with songs people can't stop singing. On Friday, July 21, that music comes to Artpark with the help of the BPO and three vocalists. "Broadway Today" features music from "Beautiful," "Mamma Mia," and an entire medley of songs from Disney's series of smash Broadway hits, as well as music from Broadway mainstays such as "Cabaret" and "The Sound of Music."
The capstone to the summer is "enLIGHTen": a celebration of the successful completion of the first phase of the redevelopment at the Richardson Olmsted Campus. One of only a handful of National Historic Landmarks in Buffalo, the Richardson sat empty for decades before the multimillion-dollar renovation that converted it into a hotel, conference center and the Lipsey Buffalo Architecture Center. This free concert takes place at 9 p.m. Friday, July 28, on the south lawn of the Richardson. Western New York visual artists Projex, with artistic direction by Keith Harrington, is designing and choreographing a light show using the latest in light mapping technology to transform the Richardson towers. JoAnn Falletta will conduct the BPO in music by Tchaikovsky, Rachmaninoff and Beethoven.
This BPO's performance is made possible through a Regional Economic Development Council Arts Implementation grant from the New York State Council for the Arts with additional support from Iroquois Bar Corp. and National Grid.
Summer Traditions Continue
On July 1, the BPO will headline the Ellicottville Summer Music Festival with a "Pirates and Princesses" program. Featuring music from "Pirates of the Caribbean," "Beauty and the Beast" and "Frozen," this event provides an opportunity to enjoy the Ellicottville summer experience. July 3 is the BPO's traditional Independence Eve concert, following the 6 p.m. Bisons game at Coca-Cola Field, and concluding with the biggest fireworks show of the Bisons' season. The Buffalo Philharmonic Chorus joins forces with the orchestra in the classic Western New York event, conducted by Stefan Sanders.
Free Concerts in Western New York's Parks
The BPO will perform a number of free concerts throughout Western New York this summer. Sanders will conduct each concert. The varied and crowd-pleasing programs feature music celebrating the lives and legacies of Debbie Reynolds and Carrie Fisher; the fortieth anniversary of the "Star Wars" franchise; the 200th anniversary of the Erie Canal; and the 100th anniversary of the birth of Ella Fitzgerald. John Williams' iconic "Leia's Theme" and "Cantina Band" are featured on the program, as is music from "Star Wars: The Force Awakens."
The free summer series is financially supported by West Herr Auto Group.
Concerts include:
"It's so much fun to lead these summer parks programs," Sanders said. "It's a quintessential summer experience for a lot of people. They bring their picnics and their lawn chairs; the kids are playing while they listen. It's a great time for everyone and a great way to experience music. We love having the chance to come directly to our audience and to help highlight the natural beauty of Western New York."
The BPO's Summer Schedule
For more information, visit bpo.org.
Categories
Entertainment Entertainment Top Story