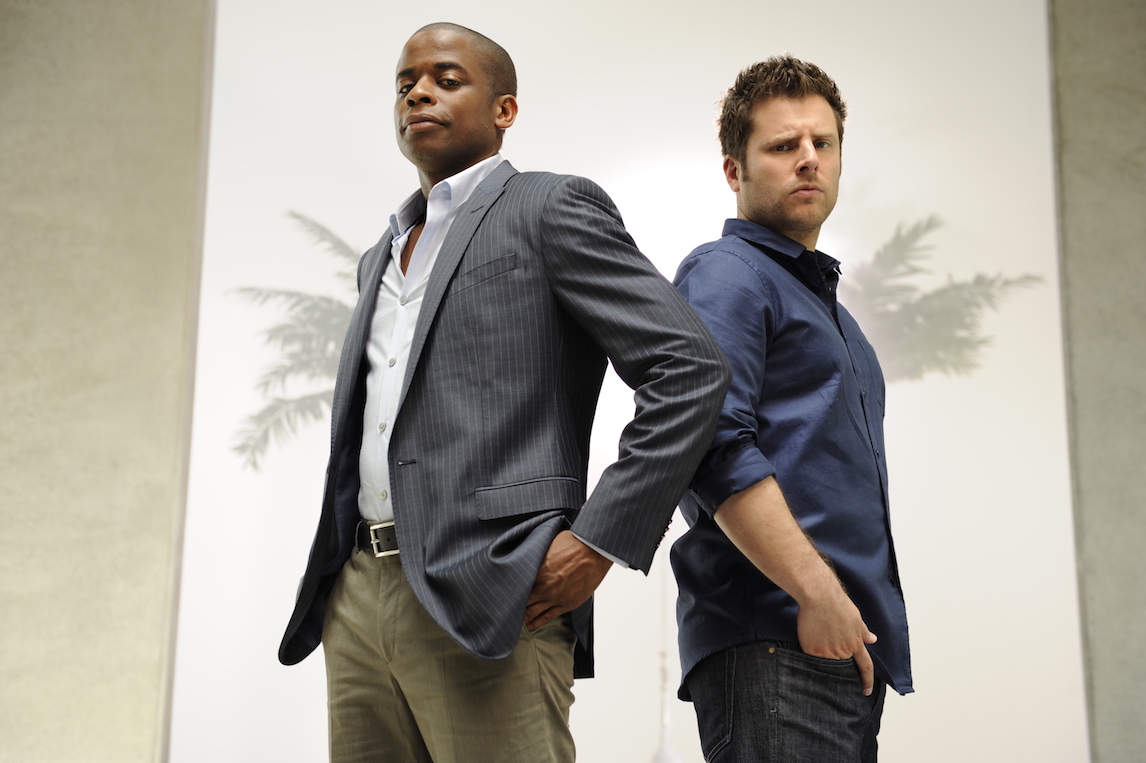 Set to premiere on USA Network in December

USA Network and Universal Cable Productions have an early holiday present for fans of their hit series "Psych." Fake psychic detective Shawn Spencer (James Roday) and his best friend, Burton "Gus" Guster (Dulé Hill), will team up once again, returning to USA for the holidays, when the two-hour "Psych: The Movie" premieres in December.

"Psych" creator Steve Franks co-wrote the movie with Roday and will also direct the special.

Lassiter (Timothy Omundson), Juliet (Maggie Lawson), Henry (Corbin Bernsen) and Chief Vick (Kirsten Nelson) will also return for the movie, which picks up three years after the series finale. The ambitious friends - along with some returning fan-favorite characters - come together during the holidays after a mystery assailant targets one of their own. A comedic thrill ride follows, as the wild and unpredictable Psych team pursues the bad guys, justice ... and food!

" 'Psych' is a beloved part of our USA family, and what better time to reunite with family than the holidays," said Chris McCumber, president, entertainment networks for NBCUniversal Cable Entertainment. "Steve and James have taken the unique brand of comedy that the series honed over eight seasons and packed it in to a two-hour movie that successfully rekindles one of the greatest bro-mances in television history."

" 'Psych' has an absolutely phenomenal and constantly refreshing fan base. We couldn't be more thrilled to gift our Psych-Os this holiday season with 'Psych: The Movie,' " said Jeff Wachtel, chief content officer, NBCUniversal Cable Entertainment, and president, Universal Cable Productions. "Steve, James, Dulé and the rest of the gang are all returning for a delightful holiday movie that will not - nay, dare not - disappoint!"

"Psych: The Movie" is executive produced by Franks, Roday and Hill, along with Chris Henze and Kelly Kulchak via Tagline Pictures. The special is from Universal Cable Productions in association with Tagline. "Psych: The Movie" goes into production on May 24.