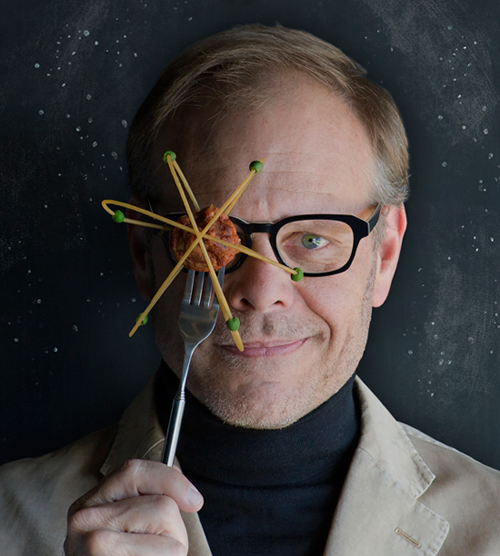 "Alton Brown Live: Eat Your Science" (Photo provided by the University at Buffalo)

Television personality, author and Food Network star returns with all-new show at UB Center for the Arts; tickets on sale Thursday, May 11

Television personality, author and Food Network star Brown created a new form of entertainment - the live culinary variety show - with his "Edible Inevitable Tour," which played in over 100 cities to more than 150,000 fans (including a sold-out performance at the Center for the Arts in November 2014).

Critics and fans have raved about the interactive components of Brown's shows. He promised "plenty of new therapy-inducing opportunities during our audience participation segments. I don't want to give too much away, but this time we're going to play a little game."

Brown has a knack for mixing together science, music and food into two hours of pure entertainment. "Plus, you'll see things I've never been allowed to do on TV," he said.

Although Brown is best known as the creator, writer and host of "Good Eats," which ran for 14 years on Food Network, he also hosted "Cutthroat Kitchen" and served as the culinary commentator on "Iron Chef America." Brown currently host "Iron Chef Gauntlet."

In addition, he has written eight books on food and cooking (including his latest, "EveryDayCook").