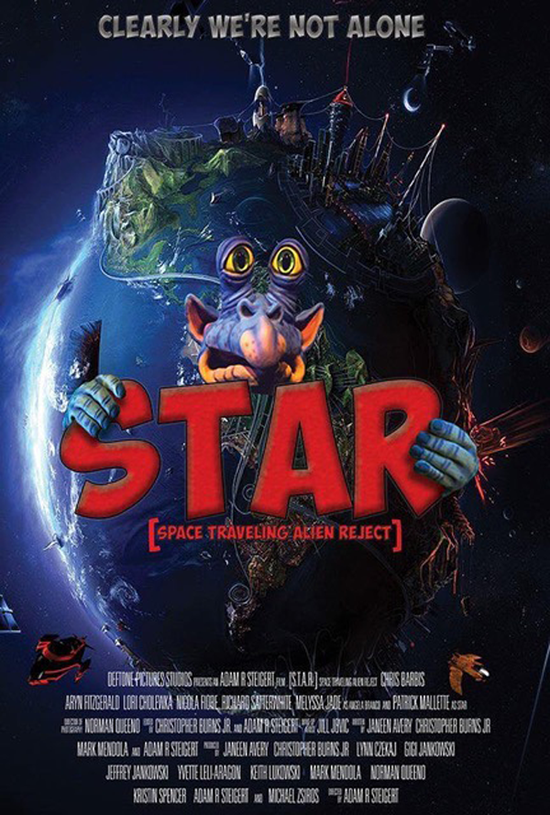 This feel-good epic has set its local release date 7:30 p.m. Friday, April 28, at the Palace Theater, 31 Buffalo St., Hamburg. Doors open one hour prior to the event, and there will be live music from Road to Recovery (premiere night only), adult beverages and a Q&A session after the film.

Tickets are $10 presale or $13 at the door. Purchase tickets at www.deftonepicturesstudios.com.

The science fiction/thriller "STAR" is the story of once-famous writer Greg Vincent, who is now a struggling alcoholic. Looking for inspiration for his next story so that he can pay off his debts to the notorious crime lord Angelia Branco, Greg finds himself doing a meet and greet at a library on the outskirts of the small village of Metsburgh.

Enter STAR, a reject alien escaping death on his home world of Mars. Greg encounters this strange, blue, wisecracking alien after they find themselves both hiding in the same cabin.

With a deadline given by the mob and an alien race hot on STAR's trail, who will be able to save them? Enter Alex Creed, the former star of a series of grindhouse films such as "Devon Danger vs. the Atomic Space Zombies." Creed is joined by Marissa, a teenage diehard fan of his, who is also searching for her way in life.

Can this band of misfits save STAR from a hideous fate and also Greg from himself?

"STAR" promises to broaden the age limitations normally seen for horror and science fiction films, though some material may not be suitable for children.

Over the past few years, DefTone Pictures Studios and Steigert have produced various titles, such as the science fiction film "Not Human" (which is now available on DVD/VOD) and the horror/comedy "A Grim Becoming."