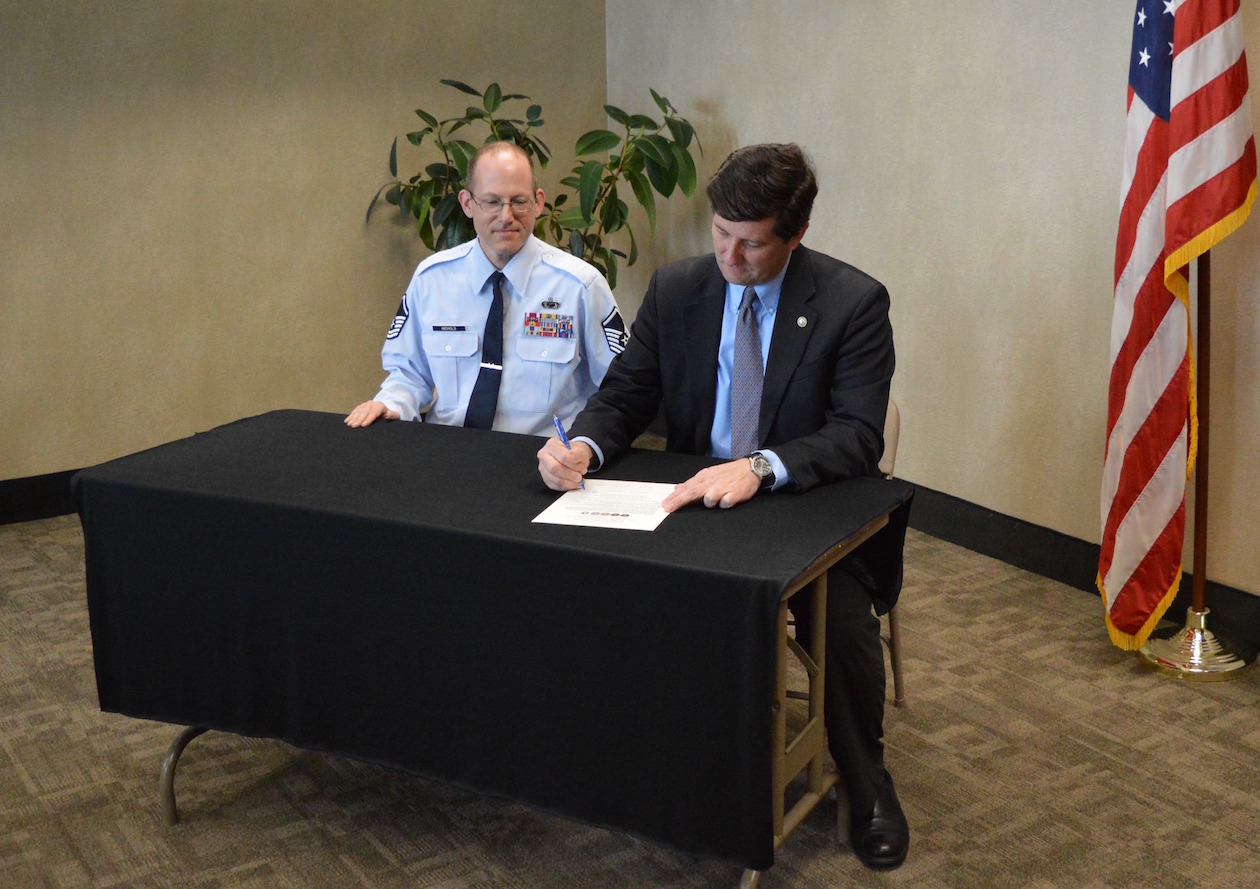 Erie County Executive Mark C. Poloncarz was joined by Kevin Nichols, public information officer for the 914th Airlift Wing (U.S. Air Force Reserve), in order to affix his signature to a proclamation being prepared in advance of Armed Forces Week and honoring all U.S. veterans.

Armed Forces Week 2017 will take place from May 7-13 and will commence with an opening ceremony on Sunday, May 7, at RiverWorks. That event is free and open to the public. The ceremony will include military color guards and the American Legion Band of the Tonawandas, Post 264.

An armed forces luncheon is scheduled for Thursday, May 11, at Salvatore's Italian Gardens in Depew, and the week concludes with the WNY Armed Forces Week Ball on Saturday, May 13, at Salvatore's. Other activities and gatherings are scheduled throughout the week.

Sponsored by the WNY Armed Forces Week Committee since 1960, the week is a tribute to the men and women of the armed forces. The committee's Air Force members are hosting events this year.

For more information and an Armed Forces Week schedule of events, visit http://www.wnyafw.com/.