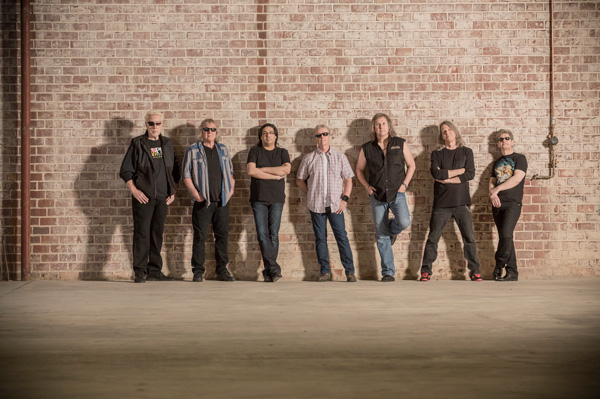 Nov. 24 at UB Center for the Arts; tickets on sale Friday, March 31

For the first time in its 43-year history, the band is performing the hit album, "Leftoverture" in its entirety. The tour showcases more than two hours of classic Kansas music, including hit songs, deep cuts and new songs from their new album, "The Prelude Implicit."

"We are having so much fun doing these 'Leftoverture 40th Anniversary' shows, we just want to keep doing them," Kansas guitarist and original member Richard Williams said. "We had no idea when we started doing these last fall that they would be so popular. When we first started discussing this concept, we were just hoping to be able to do 10 of these type shows. We would not have predicted we would end up doing nearly 70 of them. I can't think of a better way to wrap up 2017 before taking a break from the road at the beginning of 2018 to record a new studio album."

Kansas released "Leftoverture" in 1976. The album featured the smash hit and million-selling single "Carry On Wayward Son," along with fan favorites such as "The Wall," "Miracles Out Of Nowhere" and "What's On My Mind." "Leftoverture" became the band's breakthrough album, peaking at No. 5 on Billboard's album charts and reaching sextuple-platinum status with more than 6 million copies sold.