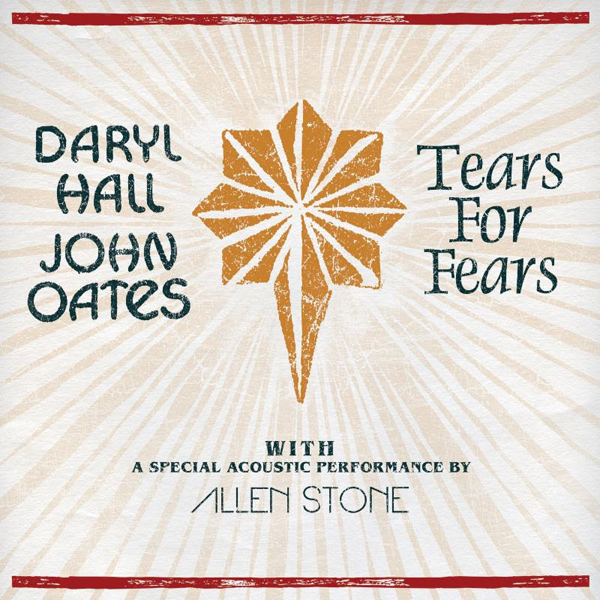 Plus a special acoustic performance by opener Allen Stone

The tour will kick off on Thursday, May 4, in Tulsa, Oklahoma, at the BOK Center, and will include stops in Chicago, Nashville, Miami, New York, Dallas, Toronto, Denver, Las Vegas and Toronto, before wrapping up in Los Angeles at the Staples Center at the end of July. The summer arena tour will also feature a special acoustic performance by opening act, Allen Stone.

Rock and Roll Hall of Fame inductees Daryl Hall and John Oates are the No. 1-selling duo in music history.

"I am very excited to be touring with Tears For Fears. Their music has a timeless quality that complements what we do. I think everyone is going to love this show!" Hall said.

"I can't wait to get back out on the road in 2017. Performing with Tears For Fears will be an exciting and musical experience for me and all the fans," Oates added.

"We're thrilled to be going out on the road with Daryl Hall & John Oates this summer," Tears For Fears said. "We've been longtime fans of the band, so it'll be fun to reconnect and also to see our fans throughout the U.S."

"We are excited for the partnership between Daryl Hall & John Oates and Tears For Fears and look forward to a fun summer of music," added Jay Marciano, chairman and CEO of AEG Live.

The show will stop in Toronto for a June 19 show at the Air Canada Centre. 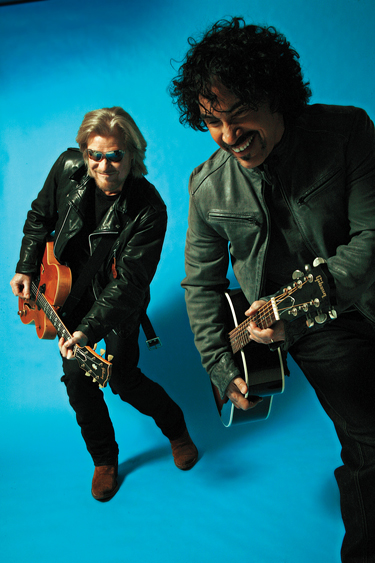 By 1987, the RIAA recognized Daryl Hall and John Oates as the top-selling duo in music history - a record they still hold today.

In 2014, Hall and Oates were inducted into the Rock & Roll Hall of Fame. 2017 finds them very much at the height of their powers, making their own kind of soul, with a new generation of musicians recognizing not only their historic track record of success, but also their continuing influence and achievements. 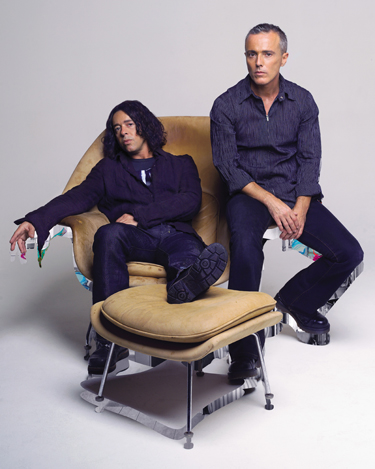 About Tears For Fears

Representing an inimitable intersection of pop palatability, clever and cognizant lyricism, guitar bombast, and new-wave innovation, their catalog spans a string of classic albums, namely the gold-certified debut "The Hurting" (1983), quintuple-platinum BRIT Award-winning "Songs from the Big Chair" (1985) and "Seeds of Love" (1989). The latter proved to be Orzabal and Smith's last collaboration together until "Everybody Loves A Happy Ending" in 2004, which rekindled the creative fire between them.

Breaking another quiet spell, the boys engaged in a three-year touring whirlwind across North America, Japan, South Korea, Manila and South America beginning in 2010. 2013 saw them return with their first recorded music in a decade: a cover of Arcade Fire's "Ready to Start." It proved to be a welcome addition to their three-decade discography of immortal hits, ranging from "Mad World," "Chang," and "Pale Shelter" to "Everybody Wants To Rule The World," "Shout," "Sowing The Seeds of Love" and "Everybody Loves A Happy Ending."

Now, 2017 marks the beginning of a new era for the band. Signed to Warner Bros. Records, Tears For Fears will release their seventh full-length album, fifth for Orzabal and Smith together, and first in 13 years, following a summer co-headline tour with Daryl Hall & John Oates.

Made in collaboration with Swedish soul singer/songwriter/phenom Magnus Tingsek, "Radius" captures the warm energy of that creative connection and transports the listener to a higher and more exalted plane.

Now including seven bonus tracks, "Radius Deluxe" will be available March 25. Among them will be the previously unreleased songs "Voodoo" and "Faithful," as well as a new version of Stone's energetic single "Freedom."

Tearing through nearly 600 shows in just two years - including sold-out performances at LA's Ace Hotel and NYC's Apollo Theater - Stone is determined to make 2017 yet another impactful year of writing and performance.