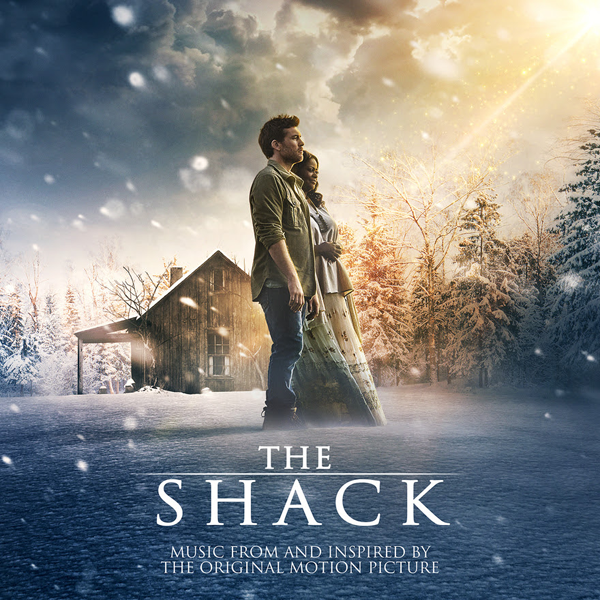 "The Shack: Music From And Inspired By The Original Motion Picture" (Image submitted)

Atlantic announces 'The Shack: Music From And Inspired By The Original Motion Picture'

New single from chart-topping country duo Dan + Shay, "When I Pray For You," available Feb. 3

Atlantic Records has announced its release of "The Shack: Music From And Inspired By The Original Motion Picture," due everywhere on Friday, Feb. 24, to coincide with the nationwide release of the film from Lionsgate's Summit Entertainment label on March 3.

"The Shack: Music From And Inspired By The Original Motion Picture" is available now for pre-order here: https://atlanti.cr/theshack and accompanied by two instant grat downloads: "Keep Your Eyes On Me" from multi-Grammy Award-winning superstar music couple Tim McGraw and Faith Hill (streaming here: https://atlanti.cr/keepyoureyesonmeyt), and "Stars (The Shack Version)" by Grammy-nominated, multiplatinum rock band Skillet, which is currently top 20 on Mediabase's "National Christian Audience" chart. Both tracks are available for purchase and streaming at all DSPs, with the latter also joined by a new companion video, streaming now at https://atlanti.cr/starsshackvideo.

McGraw and Hill's "Keep Your Eyes On Me," co-penned by them along with Lori McKenna and Shane McAnally, is currently featured in film trailers for "The Shack" (watch at http://lions.gt/theshacktrailer1). McGraw also narrates the film and appears as the character Willie. A new soundtrack trailer revealing the album's superstar artist lineup also includes the song, as well as an exclusive audio preview of the forthcoming single from Dan + Shay, "When I Pray For You." Watch the album trailer here: https://atlanti.cr/shacktrailer.

The first new country duo in SoundScan recorded history to debut at No. 1 on Billboard's country albums chart, Dan + Shay will release "When I Pray For You" on Feb. 3. The song will be the third instant grat available for download with album pre-orders, and a companion video for the song will premiere later in the month. "When I Pray For You" impacts country radio outlets nationwide in late February. Dan + Shay recently hit No. 1 on both the Mediabase and Billboard country charts with their song "From the Ground Up."

In addition, the album also includes new exclusive tracks such as "Heaven Knows" from RIAA platinum worship band Hillsong UNITED and "River of Jordan (feat. Breyan Isaac)" from Grammy-winning artist Lecrae. Those two tracks will also be available as instant grat downloads with album pre-orders in the weeks leading up to the soundtrack's street date.

Before "The Shack" opens nationwide on March 3, fans can attend an exclusive "Movie Premiere Night" in select theatres on Thursday, March 2, where they will be among the first to see the film, which will be followed by special behind-the-scenes footage, including a taped conversation with the actors and acoustic performance of "When I Pray For You" by Dan + Shay. For tickets, visit http://lions.gt/theshacktickets.

Based on the New York Times best-selling novel, "The Shack" takes audiences on a father's uplifting spiritual journey. After suffering a family tragedy, Mack Phillips (Sam Worthington) spirals into a deep depression causing him to question his innermost beliefs. Facing a crisis of faith, he receives a mysterious letter urging him to an abandoned shack deep in the Oregon wilderness. Despite his doubts, Mack journeys to the shack and encounters an enigmatic trio of strangers, led by a woman named Papa (Academy Award winner Octavia Spencer). Through this meeting, Mack finds important truths that will transform his understanding of his tragedy and change his life forever.

"The Shack" is directed by Stuart Hazeldine. The film is based on the book by William Paul Young, in collaboration with Wayne Jacobsen and Brad Cummings; the screenplay is by John Fusco and Andrew Lanham and Destin Cretton. The film stars Worthington, Spencer, Avraham Aviv Alush, Radha Mitchell, Alice Braga, Sumire Matsubara, Amelie Eve, Megan Charpentier and Gage Munroe with Graham Greene and McGraw.