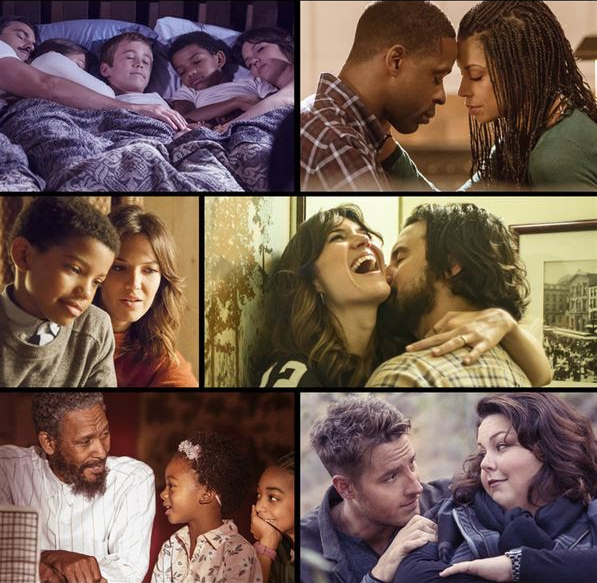 Fall's best reviewed & no. 1-rated new series, 'This Is Us,' receives renewal for 2 additional seasons

To the delight of a large and passionate fan base, NBC has ordered two, minimum-18-episode seasons of its Tuesday night drama "This Is Us." The Pearson family will be spending a few more birthdays with NBC.

"We all got our wish that this is a hit show," said Jennifer Salke, president of NBC Entertainment. " 'This Is Us' is as good as anything we've ever had; we're thrilled to renew it for two seasons; and there's no doubt it will have a long life on NBC. On behalf of everyone at NBC, we're grateful for the artistry of the cast, crew and producers assembled by our gifted creator, Dan Fogelman. In a world where there are literally hundreds of television dramas, we're proud to have one of the very best that is also one of the highest-rated."

So far this season, "This Is Us" originals are averaging a 4.6 rating in adults 18-49 and 14.6 million viewers overall in "live plus seven day" results from Nielsen Media Research, making it the No. 1 new show of the season in 18-49 and television's No. 4 entertainment series in that key demographic.

It returned to the schedule this last week after a five-week break and set a new "live plus same day" series record in adults 18-49 (3.0 rating). This episode also set a new series record in L+3 (18-49) with a 4.6 rating, delivering NBC's top rating in the timeslot with scripted programming since April 2008.

To date, 72 million total viewers have viewed the first 10 episodes in some fashion on all platforms. Linear viewership plus views on all devices of the pilot episode since Sept. 20 stands at an estimated 10.0 rating in the 18-49 demo. The show to date is averaging an estimated 8.3 rating in 18-49 most current data (includes long-tail viewing through various number of days available per episode, i.e. 114 days for the pilot, 107 days for episode 2, etc.).

On digital platforms, "This Is Us" is NBC's most-viewed series premiere on record, more than doubling the network's previous record for most one-day views of a debuting series across NBC digital platforms.

"This Is Us" was also the most anticipated new series heading into fall with its trailer viewed more than 105 million times following the show's announcement at the May upfronts.

"This Is Us" is described as an honest and provocative series that follows a unique ensemble whose paths cross and their life stories intertwine in curious ways. The audience found several of them share the same birthday, and so much more.