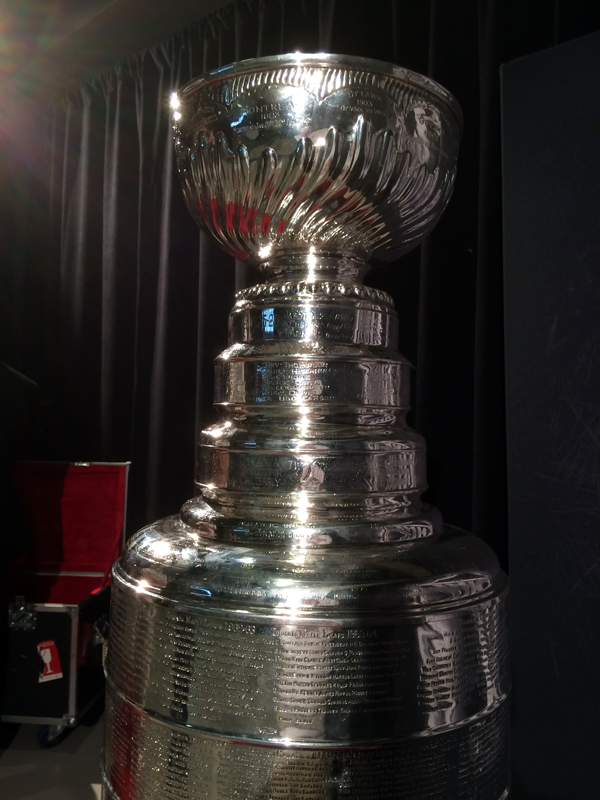 Hockey's greatest feats from the history of the Stanley Cup

Many consider the Stanley Cup to be the most prestigious trophy in all of sports. It is also one of the most difficult to win.

The format to win the Stanley Cup has changed over its inception, ranging from the few-month-long NHL playoffs we have now, to the "Challenge Cup" concept used in the early 20th century.

Henri Richard, a player for the Canadiens in the '50s, '60s and '70s, has won a record 11 Stanley Cup championships as a player. Jean Beliveau, also a legendary Canadien, has won it 10 times as a player and seven times as a team executive.

Of course, hockey is a team sport and the accomplishments of players can weigh heavily on the performance of the team as a whole. The best statistical seasons are often attached to the mighty dynasties that have wreaked havoc on the rest of the hockey world.

The Gretzky-era Oilers, the Montreal Canadiens in the '50s and '70s, and the New York Islanders in the '80s all boasted many Stanley Cup Championships and the bloated player stats that come along with it.

However, there are some individual efforts in the battle for the Stanley Cup that stand out amongst the others. These campaigns feature incredible stats and clutch performances that define what it takes to win the Stanley Cup, and some of these feats may never be seen again in the sport of hockey.

In the midst of some of what may be the greatest dynasty in the history of hockey, the undisputed greatest of all time, Wayne Gretzky, put up a playoff performance that is unlikely to ever be matched again.

During the Edmonton Oilers battle for the Stanley Cup in 1985, Gretzky posted an NHL-record 47 points in only 18 games in the postseason.

The Oilers were a powerhouse in the '80s, winning four Stanley Cups with Gretzky on the team. Fueled by the era of high-scoring the NHL was experiencing, as well as Gretzky's impeccable talent, many Oilers sat atop the stat charts during the '80s.

However, whether one believes Gretzky carried the Oilers, vice versa, or a little bit of both, Gretzky still dominated even among his own teammates. The Oilers scored a total of 98 goals in the 1985 NHL Playoffs, with Gretzky getting points on almost half of all the goals scored.

"It's certainly the best I've seen him play in the playoffs," Edmonton Coach Glen Sather said. "I'm probably a little blasé about him since I've seen him so much, but this was one of the better games I've seen him play. I guess that's why they call him the 'Great Gretzky,' and tonight he was."

In just 18 games, Gretzky averaged 2.61 points per game on the way to defeating Philadelphia and winning the Stanley Cup.

During the days of the fierce rivalries between two great teams of the '40s and '50s, the Detroit Red Wings and Montreal Canadiens, some of the best NHL legends duked it out for the Stanley Cup.

Montreal's legends, Maurice Richard, "Boom Boom" Geoffrion and Elmer Lach, would cement themselves in NHL history with their scoring prowess over the years.

Backstopping the Detroit Red Wings was Manitoba native Terry Sawchuk. Sawchuk won four Stanley Cup Championships over his career, three with the Red Wings and one with the Toronto Maple Leafs.

As someone who fiercely drove for perfection, his performance in 1952 is just about as perfect as you can get.

At the young age of 22, Sawchuk played in eight games against some of the most prolific scorers in NHL history. He allowed only three goals to Ted Kennedy and the Toronto Maple Leafs in the first round, shutting them out twice.

Even more spectacularly, in the Finals, Sawchuk held the mighty Maurice "Rocket" Richard and the Montreal Canadiens to a measly two goals. In their previous round matchup, they scored 18 goals against the Boston Bruins, but could not get anything past Sawchuk.

Allowing five goals in eight games equals out to a 0.62 goals-against average, which demolished the next best average of 2.01.

Sawchuk's dominance led the Detroit Red Wings to an undefeated playoff on route to a Stanley Cup Championship. 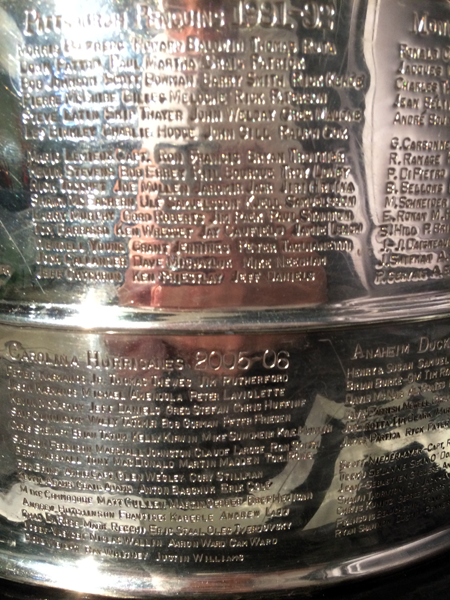 Detroit has won a total of 11 Stanley Cup championships.

Back in the days before the NHL, the Stanley Cup was captured by challenging the current holder. In 1905, the Ottawa Senators, also known as the "Silver Seven," dominated the Challenge Cup, holding the Stanley Cup for 11 different years.

Frank McGee starred on the Ottawa team, and was a legend in his rite, just as much as the legendary Silver Seven. Joining the team in 1903, while blind in one eye, McGee experienced great scoring success.

In perhaps the most bizarre Stanley Cup stories of all time, the Silver Seven were challenged by the Dawson City Nuggets, a team based in the Yukon Territory. Their journey to Ottawa was as legendary as the result.

To challenge for the Stanley Cup, Dawson City had to travel almost 4,000 miles by foot, dogsled, train and ship in the dead of winter.

"The first day the Klondikers covered 46 miles, the second 41. The third day saw them struggling to cover 36 miles, some suffering with blistered feet. To proceed, these had to remove their boots. It may give an idea of the hardship they faced when it is recorded that the temperature sank to 20-degrees below zero during the mush from Dawson City west to Skagway, Alaska," reported the Ottawa Journal.

Upon arriving in Ottawa, the Dawson City team was tired, but still ready to play. Ottawa won the first game with McGee putting up a single goal, but the Dawson City players were not impressed with McGee, calling him "not much."

McGee would respond in the second game when Ottawa demolished Dawson City 23-2, with McGee posting an unheralded 14 goals. This is a Stanley Cup record for goals in a game that is seemingly impossible to match.

After McGee's career, he would enlist in the Canadian Military, where he was killed in action during World War I.

After losing in the Stanley Cup Finals the year before, Russian star Evgeni Malkin and the Pittsburgh Penguins had something to prove.

"I'm learning how to play in playoffs" said Malkin during the 2009 Stanley Cup run.

Malkin scored 36 points in 24 games to lead his team. In fact, it was a whopping 21 more points than the player with the third-most points on the Penguins. He scored 8 points in the Finals to capture the Stanley Cup as well as be awarded the Conn Smythe Trophy for Playoff MVP.

Malkin's point total is comparable to few, but the few who have been in that territory are some of the legends of the game, including Gretzky and Mario Lemieux. However, Gretzky and Lemieux played during a high-scoring era, where Malkin was playing in some of the lowest-scoring the NHL has ever seen

If you take into consideration the general lack of goals in the NHL during the time, Malkin's performance is even more dominant.

Malkin's stats reign supreme over anybody not named Gretzky or Lemieux, in an era where scoring happened less frequently than during the other notable point scorers campaigns. 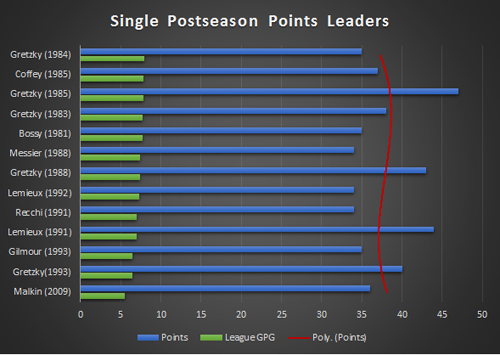 Mel Hill, a winger for the Boston Bruins, was given the nickname "Sudden Death" by being very clutch in overtime.

To make the feat even more impressive, he scored these three overtime goals in consecutive Bruins wins, including a triple-overtime winner in a decisive game 7. This clutch performance hoisted Boston to the Stanley Cup Finals against the Maple Leafs, where they would go on to win.

(All stats from hockey-reference.com)