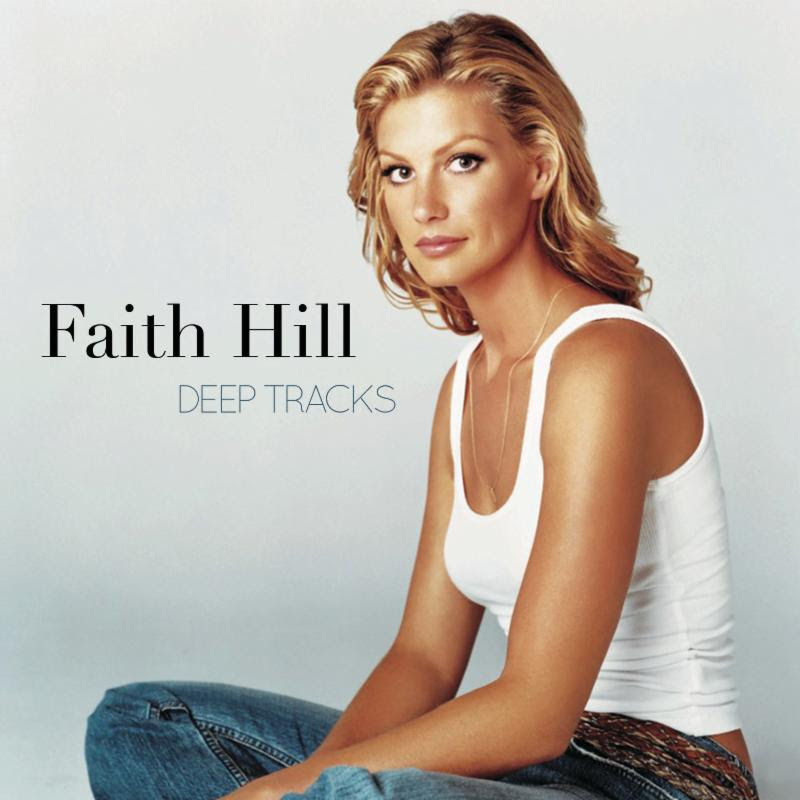 " 'Deep Tracks' contains songs from previous albums that were not singles, but remain some of my favorites," Hill said. "There have been some amazing songs that I've been fortunate enough to record, some that didn't make it onto albums, and I thought it would be nice to include a few of those on this album, as well."

During a surprise performance at Nashville's historic Ryman Auditorium in October, Hill and her husband, Tim McGraw, announced the launch of "Soul2Soul The World Tour 2017," which kicks off in New Orleans on April 7. The 65-city tour celebrates the 10th anniversary of the record-breaking "Soul2Soul II" tour - the highest-grossing multiyear country music tour of all time - and the first time Hill has toured since 2007.

In addition to multiple nominations and five Grammy Awards, Hill has won an impressive list of awards, including multiple Billboard Music, American Music, People's Choice, Academy of Country Music and Country Music Association Awards. She has sold over 30 million albums and has consistently broken chart records with her No. 1 singles. Hill has had major crossover success with the hits "This Kiss," "Breathe," "Cry" and "There You'll Be." Her multiplatinum albums "Breathe," "Cry" and "Fireflies" all debuted at No. 1 on the Billboard Top 200 and country charts simultaneously, making her the first female artist to achieve that feat.

Hill has had three network TV specials that garnered top ratings and has appeared and performed on every major award show, including twice on the prestigious Academy Awards. In 2000, she performed the National Anthem to a global audience of over 88.5 million viewers at Super Bowl XXXIV in Atlanta, and is the only country artist (and one of only three artists ever) to perform both "The Star Spangled Banner" and "God Bless America" at Super Bowls. This fall, Hill, alongside former "Oprah" co-executive producer and OWN executive Lisa Erspamer, will co-produce an innovative new daytime lifestyle show based in Nashville.

About the unreleased tracks:

"Why" - "This has been a longtime favorite of my husband's, and this version has been on his personal playlist for all these years. It was and sadly still is today an important message. This is for Tim," Hill said.

"Come To Jesus" - "This is for my mom who has wanted me to record a gospel album for years. It is also very personal for our family, because I recorded this song during the last couple of weeks that Tug McGraw battled with brain cancer. Tim played him my rough cut and Tug listened to it multiple times a day until his passing," Hill said.

"Boy" - "This is from the very last tracks I recorded and I felt it should be included on this record. It is a great song and I love the record we cut. This one is for my fans!" Hill said.

The track listing for "Deep Tracks" is as follows: