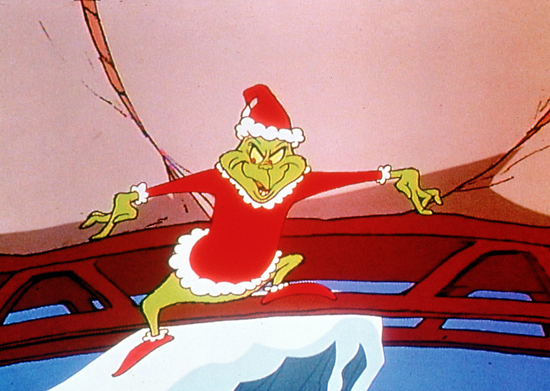 Friday, Nov. 25; original-length 'Grinch' to delight family audiences for the first time in over a decade

The full version of the classic holiday musical special "How the Grinch Stole Christmas" will air Friday, Nov. 25 (8 p.m.) on NBC.

"Grinch," which is celebrating its 50th year on television, has often been trimmed from its original 26-minute running time, but this year NBC will present the first full telecast of the complete original version in more than a decade.

The beloved Christmas special combines the genius of Dr. Seuss (Theodor Geisel) and animator Chuck Jones to bring the timeless book "How the Grinch Stole Christmas" to television. The special features the voices of Boris Karloff as the Grinch and the narrator, and June Foray as Cindy Lou Who.

Jones, who directed many of the most acclaimed Warner Bros. animated shorts, produced and directed "How the Grinch Stole Christmas," which was written by Geisel based on his book.