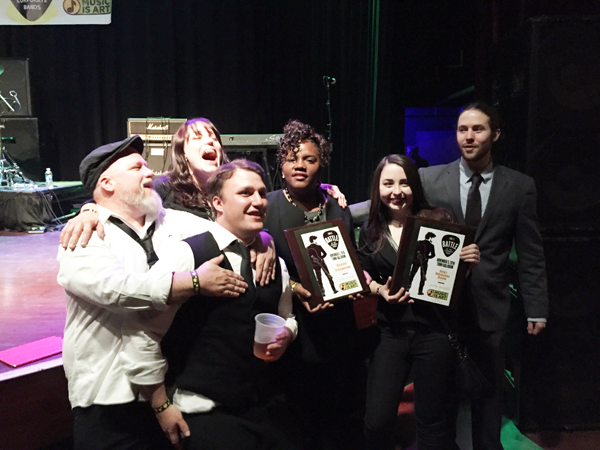 Buffalo-based not-for-profit Music Is Art hosted its second annual "Battle of the Corporate Bands" this past Saturday at the iconic local music venue The Town Ballroom.

Mouse Pad's victory earned them a spot on the main stage at Music Is Art 2017, as well as studio time.

360 PSG has partnered with Music Is Art to assist the not-for-profit in rebuilding its website to optimize the organization's web presence and produce a larger platform for the music events, programs and culture MIA offers each year.

The "Battle of the Corporate Bands" was designed as a team-building activity, and participating bands were made up largely of employees of each organization.

"I am really proud of our team; they were up against some great bands," said 360 PSG's co-founder and president, Joel Colombo. "We are even more excited to have the opportunity to partner with Music Is Art over the next year to enhance their digital presence."

360 PSG's Mouse Pad will be practicing their set for the next Music Is Art Festival in September 2017, while working with MIA to redesign and rebuild its website.

This website, incidentally, was created and is hosted by 360 PSG.