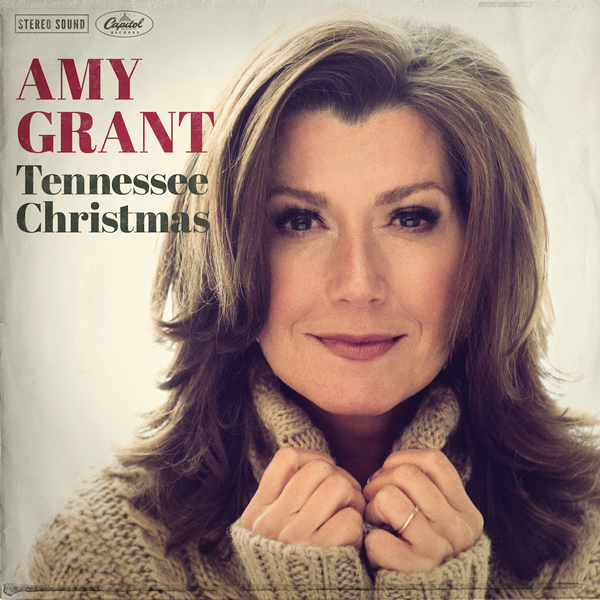 Amy Grant is back with "Tennessee Christmas," a new tour and special appearances.

Nationwide Christmas tour launches next week ahead of Ryman residency

The debut comes ahead of Grant's appearance on the Hallmark Channel's "Home & Family: Home for the Holidays" airing on Nov. 17, and a performance of the title track on the "CMA Country Christmas" special airing on ABC on Nov. 28.

The multiplatinum singer/songwriter's first all new holiday album in nearly 20 years, "Tennessee Christmas" captures the joy, laughter, anticipation and even melancholy the Christmas season brings in its 13 tracks.

A blend of familiar carols, hymns, raucous Santa songs and thoughtful new originals, there is something on this project for every listener.

In addition to a new version of Grant's classic "Tennessee Christmas," the record begins with the fresh and uplifting anthem "To Be Together," calling to mind the nostalgia of holidays spent in the company of family and friends. Grant also intentionally included songs on this record that accurately portray the feelings of sadness and grief that so often accompany the holidays for many people.

With offerings such as "December," "Another Merry Christmas" and "Melancholy Christmas," Grant's hope is that those who are struggling will find a sense of peace by realizing that they are not alone. "Melancholy Christmas," which Grant co-wrote with Marshall Altman, has already stirred up social responses from fans finding solace in the relatable and vulnerable lyrics.

Grant will be featured as a special guest co-host on KeepTheFaith's "Christmas Marathon" for the third consecutive year alongside Chris Tomlin and Lady Antebellum's Hillary Scott, airing on hundreds of Christian radio stations from coast-to-coast from Dec. 23-26.

Kicking off next week at Los Angeles' Dolby Theatre, Grant and Michael W. Smith, joined by Republic recording artist Jordan Smith (winner of NBC's "The Voice), will present their Christmas favorites with a full symphony orchestra in 20 major markets, including Dallas, Minneapolis, Atlanta and Baltimore. Grant will also be teaming up with husband, Vince Gill, for "Christmas At The Ryman," as they continue their wildly successful residency at the iconic Ryman Auditorium in Nashville.

"Tennessee Christmas" is a part of Cracker Barrel's "Spotlight Music Program." A deluxe version is available exclusively at Target.

For the latest information on Grant's album and tour, visit www.AmyGrant.com.

In addition to her six Grammys, Grant has earned 26 Dove Awards (including four Artist of the Year Awards) and has been awarded a star on the Hollywood Walk of Fame. Conventional wisdom has it that Grant put contemporary Christian music on the map, becoming the first contemporary Christian artist to have a platinum record, the first to hit No. 1 on the pop charts, and the first to perform at the Grammy Awards. With that, her legacy as one of the most influential artists of the past four decades is assured.

In April, Grant celebrated the 25th anniversary of her iconic hit "Baby Baby" with a worldwide release of the song featuring pop sensation Tori Kelly.