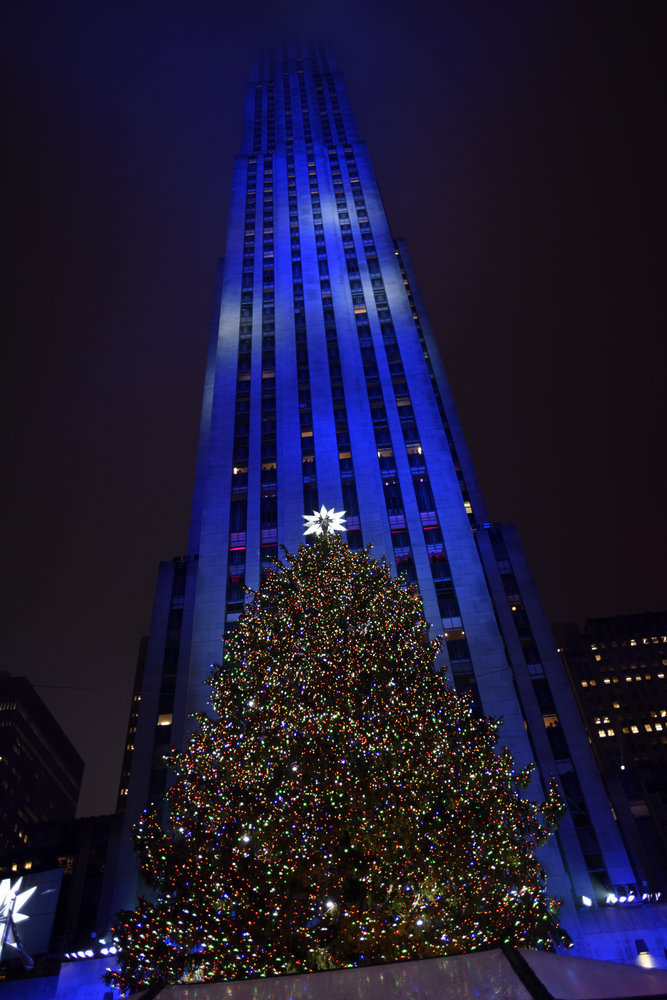 NBC celebrates the lighting of the world's most famous Christmas tree with "Christmas in Rockefeller Center" on Wednesday, Nov. 30 (8-9 p.m. ET).

The 84th annual tree lighting will feature a 94-foot-tall, 56-foot-wide Norway spruce from Oneonta. It is approximately 90 years old, weighs approximately 14 tons, and will be decorated with more than 50,000 multicolored LED lights.

For the eighth consecutive year, "Green Is Universal" - NBCUniversal's sustainability initiative in partnership with the Arbor Day Foundation - will kick off its annual tree-planting campaign during the "Christmas in Rockefeller Center" broadcast. This year viewers can "Share a Tree" to a national forest, by using #ShareATree or visiting www.greenisuniversal.com to create and share an animated holiday story. Each action will contribute to the Arbor Day Foundation's tree-planting efforts, funded by a $25,000 donation from NBCUniversal.