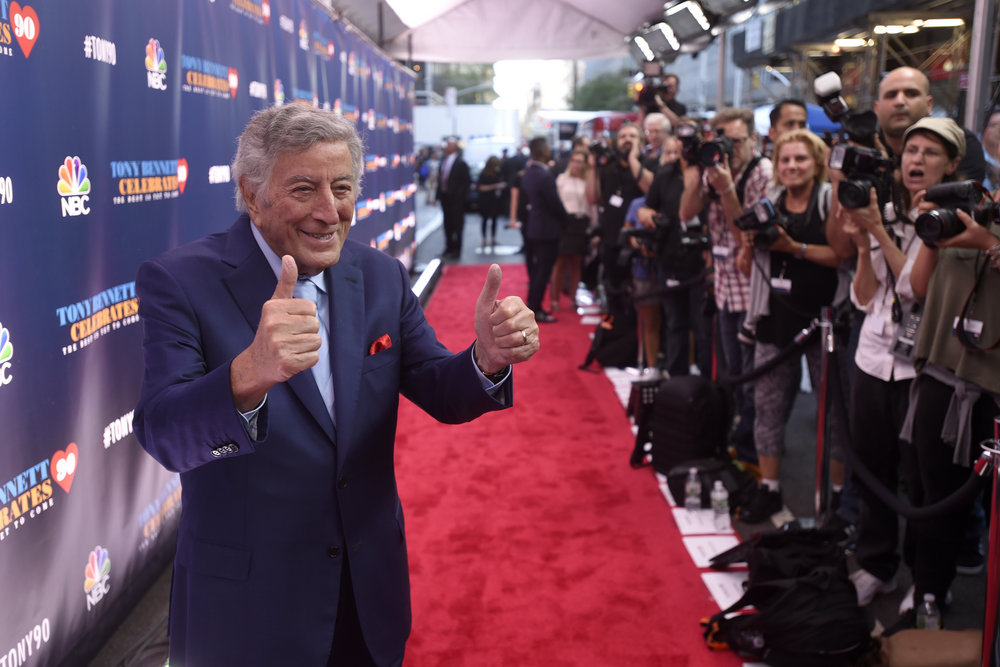 NBC presents "Tony Bennett Celebrates 90: The Best Is Yet To Come" at 9 p.m. Tuesday, Dec. 20. Bennett is pictured on the red carpet. (NBC Photo by Peter Kramer) The singer performs in Buffalo on Dec. 17.

One-night-only performance by multiple Grammy Award-winner Dec. 17 at UB Center for the Arts

With worldwide record sales in the millions, and dozens of platinum and gold albums to his credit, Bennett is a musician who touches the hearts and souls of audiences with his legendary vocals and charming stage presence. His long list of achievements, spanning over 60 years, includes 19 Grammys, and the prestigious Grammy Lifetime Achievement Award. His signature tunes, such as "Steppin' Out With My Baby" and "I Left My Heart In San Francisco" form part of the fabric of American music culture.

Bennett celebrated his 85th birthday in 2011 with the release of "Duets II," and made music history by being the oldest artist to ever have a No. 1 record on the Billboard album charts. "Duets II," followed up "Tony Bennett Duets: An American Classic," released in 2006.

2012 marked the 50th anniversary of the singer's signature song, "I Left My Heart in San Francisco," as well as the release of a new documentary film, "The Zen of Bennett," created and conceived by Tony's son and manager, Danny Bennett.

Bennett authored his fourth book, "Life is a Gift," in 2012. It entered the New York Times Best Seller list. In 2014, he released a collaborative album with Lady Gaga, "Cheek to Cheek," featuring the two artists performing jazz standards. The album debuted at No. 1 on the Billboard album charts, once again making Bennett the oldest musical artist - at the age of 88 - to have an album top the Billboard 200. The duo won the Grammy Award in the Best Traditional Pop Album category.

Bennett is a Kennedy Center honoree, an NEA Jazz Master and a recipient of the United Nation's Humanitarian and Citizen of the World honors. His latest release, "The Silver Lining: The Songs of Jerome Kern," won a Grammy Award for Best Traditional Pop Album.

Bennett is also a talented painter. He has exhibited his work in galleries around the world, and three of his original paintings are part of the permanent collection in the Smithsonian Institute in Washington, D.C.

Throughout his career, Bennett has put his heart and time into supporting humanitarian concerns. He joined with Dr. Martin Luther King Jr. in the historic Selma march in 1965. Bennett's many charitable works include raising millions toward diabetes, and lending his artwork to raise funds for the American Cancer Society.